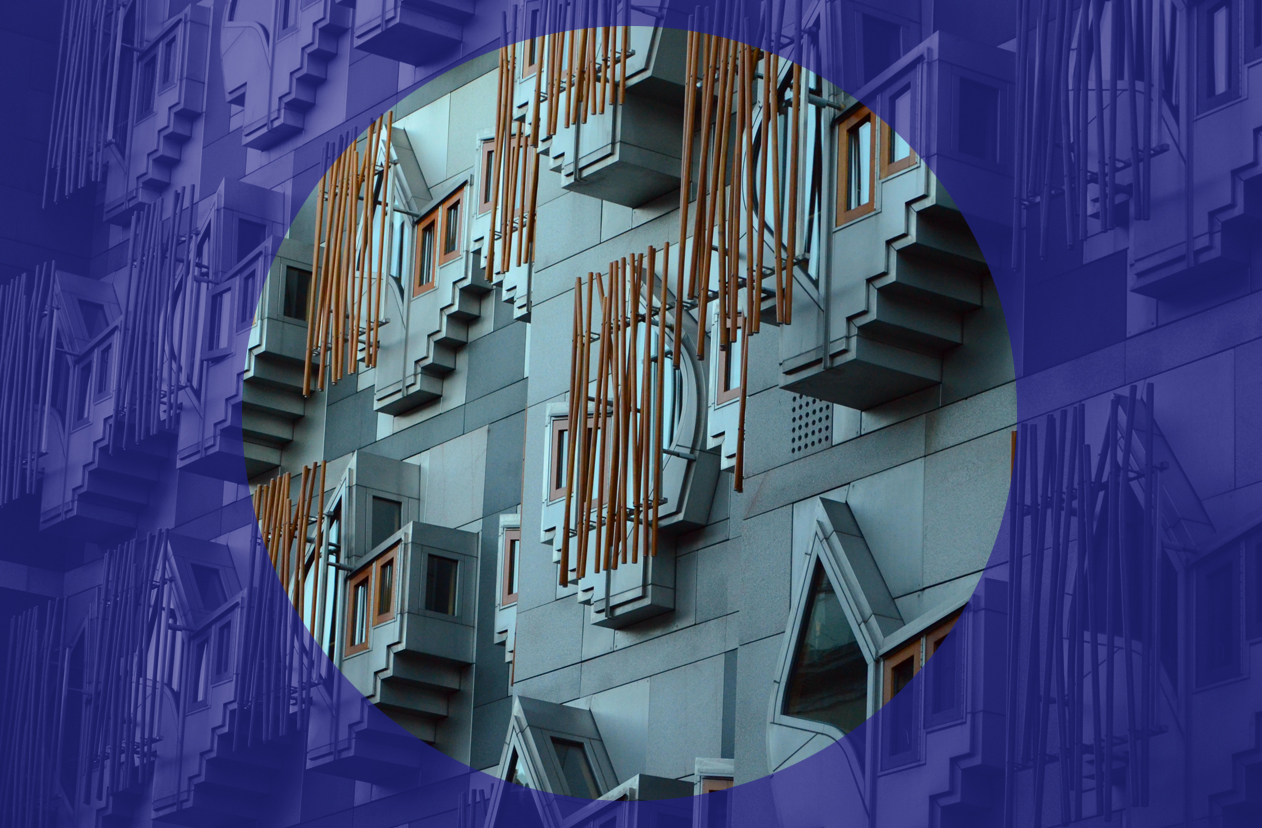 AS A PROGRESSIVE think-and-do tank, we at Common Weal often quip to politicians that it’s virtually our contractual duty to tell the Scottish Government that they’re “not doing enough” (as compared to right-wing think tanks, who almost have a similar need to say that they’re doing too much). That said, we hope that we’re not saying this without good reason.

The ‘do’ part of our moniker is important to us and we judge ourselves and others not just by what is said, but by what is actually done. Soundbites are not enough and nor are promises that are just repeats of previous promises – that should be inarguable. But a promise that (even if it is fulfilled) does not meet the stated goal, or will not meet the need that it supposed to be addressing, is also insufficient. Falling short and failing to deliver may be excusable in a time of crisis, but aiming low cannot be.

So let’s all look at this year’s Programme for Government with that mindset and ask, behind the bluster, the headlines and the promises, if it really is enough to meet the goals laid out by the Scottish Government.

In his initial reactions, Common Weal director Robin McAlpine already discussed what the Programme for Government should be (a statement of intent for the next Parliamentary session) compared to what this Programme also included (which was almost a pre-manifesto pitch for the elections, as well as a celebration of previously completed work).

As it’s probably the most high profile aspect, we can start with the commitments for independence. In this PfG we see a promise to publish, before April 2021, a draft independence bill setting out the date of another independence referendum. We knew that this would have to come at some point – the SNP have said so since at least May 2019. At this stage, we don’t know what their preferred date will be, nor their preferred question. What is missing is the other work that needs to be done before we know either. Covid may have caused the cancellation of crucial work on independence such as a post-independence GERS report or the independence White Paper that was promised in last year’s PfG, but there is nothing in this year’s report to suggest that any of that work will resume.

It’s also vital to note that this draft bill will merely be a draft – published on a website for all to read, but without any time in parliament to discuss, debate, amend or scrutinise the bill. Is this doing enough for independence?

We can ignore virtually everything in the PfG about the Scottish National Investment Bank – we’ve known since 2018 that it would launch in 2020, would have initially have the missions that it has and that it would be capitalised up to £2 billion by 2030. We’ve also known that this is nowhere near enough funding for it to meet any of its missions, never mind all of them. But we also know that the SNIB is significantly trammelled by the UK’s fiscal rules. Until it is given dispensation from the UK Government it cannot actually be ‘a bank’ – it can merely spend what it is given by the Scottish Government and join the ever growing lake of small pools of grants and loans in the Scottish funding environment (something that the SNIB was supposed to largely consolidate). Even the Advisory Group on Economic Recovery recognises the need for this.

The Scottish Government spends a fair bit of time calling – with total justification and complete agreement from Common Weal – for more borrowing powers for itself, but the call for the SNIB itself to be given the powers that it deserves also appears to have been dropped. Is that doing enough?

On the Green New Deal plans, we can ignore re-announcements such as the Green Investment Portfolio. Again, we’ve known for a year now that the Scottish Government plans to sell off £3 billion worth of Scottish renewable assets to foreign investors as well as other privatisation schemes such as the Green Growth Accelerator.

One actually new policy in this year’s PfG is the announcement of £1.6 billion to fund insulation and energy efficiency projects for houses to be spent over the course of the next parliament. In 2019, Common Weal published the world’s first comprehensive national blueprint for a Green New Deal which laid out the scale of the challenge ahead if the Scottish Government wants to meet its goal of net-zero carbon by 2045. In it, our energy experts recommended that it would cost around £16,000-£25,000 to bring an average Scottish home up to Green New Deal compliant energy standards if this is done as part of a large scale, strategic effort covering all houses and heating networks. Doing it piecemeal, as is implied by the PfG, would cost perhaps £60,000 per house.

Even if we accept the most generously low estimate, £1.6 billion would only be able to correct 100,000 homes over the next five years. With almost none of Scotland’s 2.5 million homes currently meeting Green New Deal compliance, that would leave us less than 15 years to upgrade the remaining 2.4 million homes (plus all of the public and non-domestic buildings). Does the Scottish Government’s plan here sound like one that will actually meet its Green New Deal goals? Is spending a quarter of our remaining time to upgrade just 4 per cent of homes doing enough?

Similarly on housing, there is a pledge to ensure that all new buildings use renewable or zero emission heat by 2024 but there’s nothing there to fix the root cause of the need to heat buildings at all. We need to improve building regulations to ensure that all new buildings are built to passive energy standards. Not only will this save us having to do even more retrofits before 2045, it will eliminate the fuel poverty that will otherwise still exist if you can’t afford to turn on your renewable heating.

Once again, there is another pledge to deliver a set target number of “affordable” homes – completing the “50,000 affordable homes” pledge that was a 2016 manifesto promise “as quickly as it is safe to do so”. Let’s remember that “affordable” is merely a marketing term and that there are a great many people in Scotland who cannot afford to buy even these affordable homes (often because their high rents prevent them from saving the deposits required). Let’s also remember that many of these houses will be built and sold by the private sector rather than being built as public rental housing. There is another way to ensure that everyone has a right to a good home and meet energy standard targets by using Common Weal’s blueprint for unlimited, subsidy-free, passive-standard public-rental homes but even though this policy has not yet been picked up and adopted, what has been reveals a more fundamental problem with housing policy. There is still no acknowledgement that this kind of target chasing – especially combined with the one-upmanship inherent to manifesto promises – never seems to get round to asking if 50,000 or whatever is actually enough homes to meet the needs of people in Scotland. In other words, is this doing enough?

Those who live in those houses may also be asking why they aren’t more deserving of support. The PfG celebrates the stay of execution on evictions during the crisis and the launching of loan funding for struggling tenants but all this does is move the problem down the line. Landlords get paid today but next year the tenant may still be liable for eviction and has to live with that stress for months and then, when it happens, they’re going to be saddled with additional debt as well. Scotland needs a crisis rent freeze to protect vulnerable tenants and options up to and including mortgage-to-rent schemes to protect struggling landlords, then we need a system of rent controls to prevent the sector from getting even worse until we can implement the public-rental housebuilding plan outlined above. We can all see the vulnerabilities in the Scottish rental sector. We can all see the solutions too. Can we all see that the Scottish Government simply isn’t doing enough to protect tenants?

The PfG has some interesting and valuable things to say about reform of social care – so badly needed after the weaknesses revealed by the Covid crisis. The idea of a National Care Service has been gaining in popularity since the crisis began and this hasn’t gone unnoticed by the PfG. There will now be a review of the entire care system including the possibility of an NCS. This is to be rightly applauded and Common Weal looks forward to engaging positively with the process (we’ll publish our own blueprint for what a Care Service should look like in the coming weeks) but I fear a trap here.

This government has developed a habit of commissioning reviews, reviewing commissions and consulting on everything to the point that the public simply cannot keep up with the volume of consultations (which results in only those with significant vested interests “informing” the government on what to do). It was only a couple of PfG’s ago that a similar announcement was made to examine a Scottish National Infrastructure Company designed to support Green New Deal developments and training. Despite this policy being supported unanimously at SNP conference, it was unceremoniously captured and killed by a commission that was deliberately designed to not look at it properly. That wasn’t good enough for SNIC and I sincerely hope that the National Care Service doesn’t meet a similar fate. The care review should not even be considering reform of privatised care. We need a fully publicly-owned National Care Service and the only thing we should be considering is what it looks like.

Finally, we need to talk about the topic that the PfG really should have spent the bulk of its time discussing (remember that it should only be a programme that takes us up till the elections next year): is the Scottish Government doing enough to combat Covid and end Lockdown?

As Robin highlighted in his initial reaction yesterday, that the Scottish Government has downgraded its expectations from an “elimination strategy” to one merely of “preferably elimination” should be alarming. It suggests the possibility of a second best option of some acceptable non-zero presence of Covid within Scotland for the indefinite future. The recent flare ups in Aberdeen and Glasgow – predicted by us in May – show that we still don’t know enough about where the virus is within our population and therefore where and how it is likely to spring up as lockdown eases.

Under the current policies, by the time that regional lockdowns are announced, the virus has already started spreading and thus the lockdowns need to be wide and substantial. Scotland’s centralised Command and Control system is proving too slow to keep up and we risk the hotspots going national again. We need to move to a much more localised and decentralised Covid response system focused on proactive, random sampling testing of the population to discover the people with mild and non-symptomatic cases who may, wittingly or unwittingly, become the source of a flare up so that they can be prevented before they begin. If the Scottish Government isn’t going to do enough here either, then nothing else in the PfG will matter.  All of the promises in this report will end up being dropped just as so many from last year’s were unless we can eliminate Covid and start properly thinking about how to rebuild.