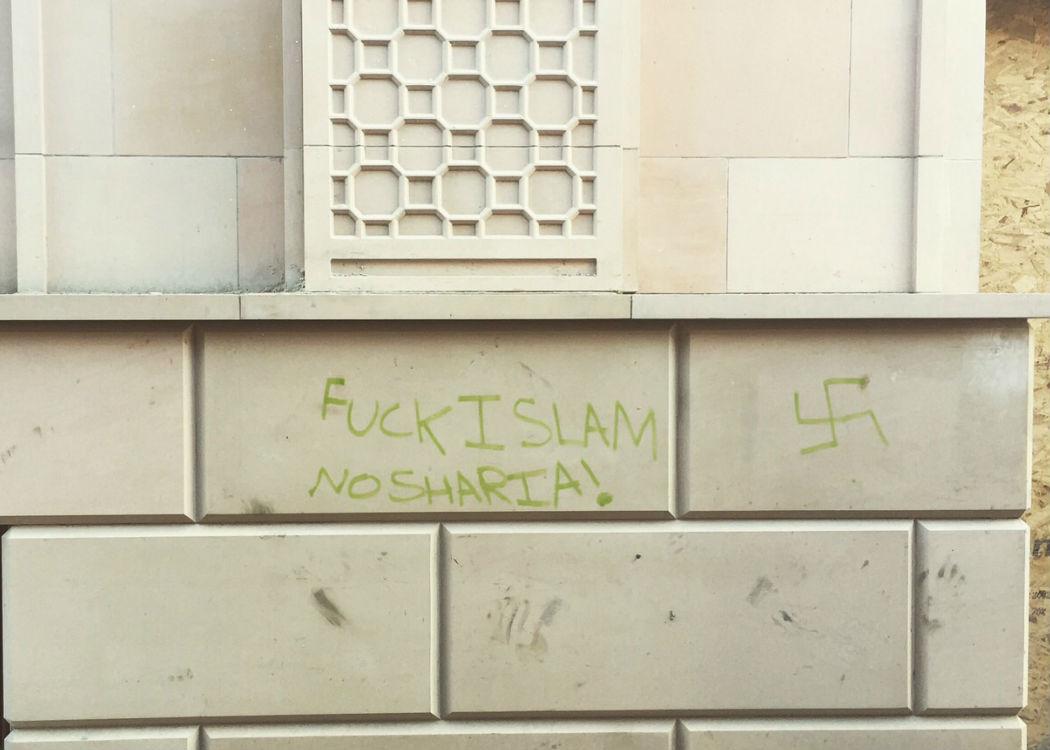 Vandalism of temple is condemned by community leaders and politicians

ANTI-ISLAM graffiti has been found daubed on the walls on the new iconic Central Gurdwara in Glasgow.

An Islamophobic message was discovered on the PS15m Sikh temple near the city’s Charing Cross alongside a Nazi swastika.

Police have launched an investigation and the Sikh community leaders have said that they “completely abhor the hateful ideology of islamophobia”.

Surjit Singh Chowdhary, vice-president of central gurdwara Singh Sabha said: “We are in complete shock that such disgraceful words were put on the walls of this great gurdwara.

“The Sikh community’s gift to Glasgow has been commandeered as a platform for the hateful messages which do not belong in our country. We hope that Glasgow stands shoulder to shoulder with us and we extend an open welcome to everyone to learn about Sikhs and our gurdwara.”

Charandeep Singh, general secretary of Glasgow gurdwara said: “These words represent ignorance at its worst. Unfortunately in this climate of rampant Islamophobia, members of the Sikh community have fallen victim too. Instances ranging from jeers of ‘taliban’ or ‘Bin Laden’ directed at turban-wearing Sikh men, to the firebombing of a gurdwara in Kent after the 7/7 London terrorist attacks have beset the Sikh community.

“This episode is a sad reminder that Sikhs, Muslims, Jews and other minorities face public ridicule and criminal attacks which go against the values of our society. The perpetrators here are totally ignorant to the values of the Sikh community and the contribution made by Sikhs over nearly 100 years.”

The PS15m central gurdwara is due to open later this Summer.

It will join the existing gurdwara in the city’s Pollokshields area, which opened in April 2013.

The graffiti was also condemned by politicians from across the political spectrum.

The SNP’s Alex Neil, the cabinet secretary for social justice, communities and pensioner’s rights, said: “There is no place in Scotland for the religious hatred and intolerance that we have seen expressed in the graffiti on the gurdwara.”

Meanwhile, the leader of Glasgow City Council, Labour’s Gordon Matheson, said: “I utterly condemn this hateful and mindless attack. The magnificent and beautiful new central gurdwara is a place of Sikh worship and community cohesion.”