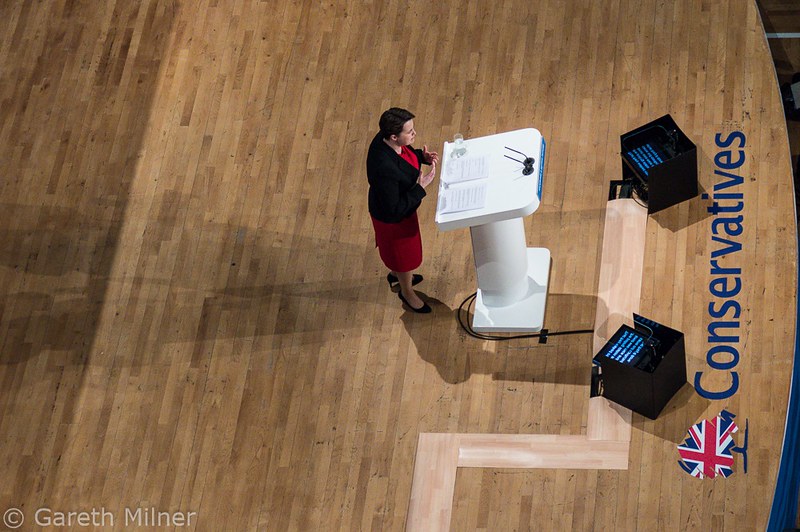 FORMER Scottish Tory leader Ruth Davidson has faced calls to resign as an MSP by the SNP, Scottish Labour and the Scottish Greens after accepting a second job as a lobbyist.

Following this week’s revelation that Davidson – who stepped down as leader of the Scottish Conservatives in August – has joined the City of London PR firm Tulchan Communications as a senior advisor, she also faced criticism from industry body the Public Relations and Communications Association (PRCA) and the NGO coalition Transparency International UK.

In an interview with the Evening Standard newspaper published yesterday (24 October), it was confirmed that Davidson will be paid £50,000 for 24 days’ work a year by Tulchan Communications, the managing partner of which is Tory fundraiser Andrew Feldman. This salary would be in addition to the £63,579 she already earns as an MSP.

According to the Evening Standard, Davidson has insisted that she will not engage in lobbying or talk to ministers on her clients’ behalf.

Davidson said: “It is about helping people get ahead of where it is going, letting them know what government thinking is, what campaigns are brewing outside of that.”

“Ruth Davidson needs to decide which day job matters. If she isn’t interested in focusing on her role as an MSP she should allow the people of Edinburgh Central to pick a representative who is.” SNP MSP Gordon MacDonald

However, many in Scottish politics have objected to the perceived conflict of interest inherent in Davidson’s new position, and have called on her to resign as an MSP for Edinburgh Central.

Today (25 October), SNP MSP Gordon MacDonald commented: “This is a monumental misjudgement from Ruth Davidson, who simply cannot be allowed to accept cash from a lobbying firm while continuing to sit as an MSP.

“That’s not only a conflict of interest – it’s holding her constituents, and the Scottish Parliament as a whole, in contempt.

“Ruth Davidson needs to decide which day job matters. If she isn’t interested in focusing on her role as an MSP she should allow the people of Edinburgh Central to pick a representative who is.

“If she is brazen enough to continue sitting as an MSP, then the questions and pressure on her will simply continue to pile up.”

Scottish Labour MSP Neil Findlay, who is putting forward at Member’s Bill at Holyrood to prevent MSPs from having a second job, also called on Davidson to resign, saying: “Ruth Davidson’s actions bring the Scottish Parliament into disrepute.

“You cannot be a parliamentarian and a highly paid lobbyist at the same time.

“If she wants to continue pocketing tens of thousands of pounds from this lobbying firm she should resign as an MSP.

“The people of Edinburgh deserve an MSP that will represent them, not private corporations.”

“This is clearly a conflict of interests. Davidson needs to resign from the corporate body and as an MSP so Edinburgh Central can elect a committed representative.” Green MSP Alison Johnstone

Green MSP Alison Johnstone commented: “The people of Edinburgh Central elected Ruth Davidson to represent them, not use her position to earn £50,000 from lobbyists.

“This is clearly a conflict of interests. Davidson needs to resign from the corporate body and as an MSP so Edinburgh Central can elect a committed representative.

“Most folk who take second jobs do so through pressing necessity. It’s time for a by-election in Edinburgh Central, not to mention a change in the law. Neil Findlay’s bill on second jobs for MSPs should be fast tracked to stop this happening again.”

Transparency International UK research manager Steve Goodrich told CommonSpace: “Our elected representatives are entrusted by constituents to serve the public interest above all else.

“It beggars belief that any politician would deem it appropriate or desirable to seek outside employment at a lobbying firm while still in office.

“Regardless as to whether or not they are directly trying to influence decision makers, it is obviously incompatible for a member of parliament, with the privileged knowledge and access that provides, to work as a political advisor at a PR company on behalf of fee paying clients.”

PRCA director general Francis Ingham described the employment of legislators by lobbying agencies as “simply wrong”, saying: “The possible conflict of interest in doing so is clear and damages the reputation of both our industry and of the political process.”

Common Weal director Robin McAlpine added: “This is the kind of attitude to the role of public office and the meaning of decency which has resulted in an impeachment inquiry into Donald Trump.

“You can’t take a salary to represent the people and then take a second salary to screw the people over as a lobbyist. Ruth Davidson must quit one of these jobs immediately.”

Responding to the criticism, a Scottish Conservative spokesperson argued that Davidson’s new role was “well within all parliamentary and industry rules”.

The spokesperson said: “It is far less onerous than the party leadership she held for eight years, and she is able to complete the 16 hours a month it requires while still having more time for her family and constituency.

“Ruth is committed to seeing out her term as the MSP for Edinburgh Central.”