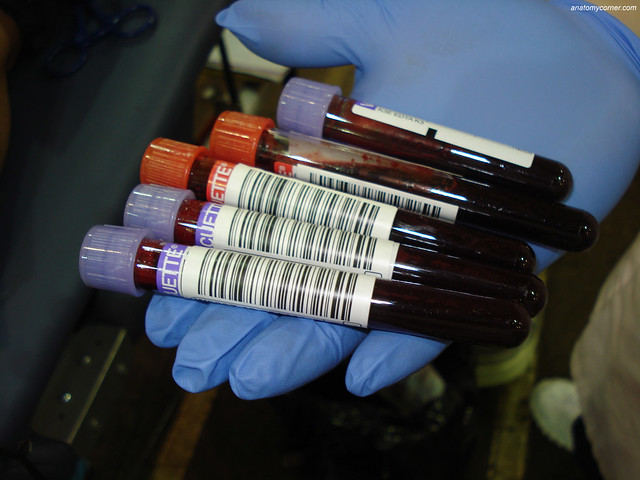 First Minister Nicola Sturgeon confirmed that if medical testing was required, “that is exactly what will happen”

CONCERNS from parents of children attending two North Lanarkshire schools built on the site of a former industrial landfill have led to calls that all staff and pupils be medically tested amidst fears of hazardous contamination.

Following recent revelations that several teachers at Buchanan High School in Coatbridge have been diagnosed with a rare form of cancer, coupled with reports of blue water coming from the school’s pipes, controversy has grown over the safety of the site, which since 2012 has also hosted St Ambrose High School and a local community centre.

The site upon which the campus was built was previously used by Gartsherrie Ironworks for the dumping of industrial waste, which is believed to have included arsenic, nickel and lead.

North Lanarkshire Council has maintained that no serious illness has been linked to either the school or the site’s environmental factors. However, anger and suspicion in the community have grown.

Several parents of pupils at the two schools have reported that their children have experienced symptoms which they fear could be linked to contaminants from the former toxic dump. North Lanarkshire Council has confirmed that parents have withdrawn six pupils from St Ambrose.

Speaking to CommonSpace, one of the parents called for health screenings of all staff and pupils, noting that the relevant tests for her own son could not be carried out by her local GP, and that she could not afford to have them done privately.

On 12 June, Education Secretary John Swinney confirmed that an immediate independent review into health and safety at the two schools would take place, and told BBC’s Good Morning Scotland that he would meet with parents in the area, whose concerns he described as “very legitimate.”

The review, Swinney said, would examine the development, management and maintenance of the site, the arrangements under which it was constructed, and the public health measures that were subsequently undertaken.

Responding to calls from parents that new tests be conducted on the site and that health screenings be given to all pupils, First Minister Nicola Sturgeon told MSPs during First Minister’s Questions today: “Let me make clear, if the review’s experts can conclude that there is a need to recommend further tests on the site itself, or – with appropriate parental permission – the pupils, than that is exactly what will happen.”

Nevertheless, Sturgeon continued: “We must respect the review’s independence and allow them to come to their own conclusions. It must be independent and be seen to be independent and impartial and nothing less will be acceptable to staff and to the government either.”

The Scottish government said the review, which was agreed with the council and health board, would be completed before the next school year begins in August.

However, the announcement of a review was unsatisfactory to Lisa McCormick, who removed her son from St Ambrose and has prevented her 11-year-old daughter from moving there after primary school this August.

McCormick – who was one of several parents who started an online petition calling for medical testing of all pupils and staff on the campus, which has now attracted over 14,000 signatures – told the BBC: “We want an independent investigation. We don’t want an independent review.

“An independent review will look at old evidence, reports and assessments. We have read all of that, we don’t need old evidence reviewed we need up to date evidence. We want the site tested as it is today in its current conditions.

“We need to know what is happening on that site now. We want to know why the staff and our children are becoming sick.”

Speaking to CommonSpace, Pauline McMullan said that her son Aidan, who attends St Ambrose, has been complaining of fatigue and headaches, and has been off sick twice since January. After requesting blood-tests in order to determine whether any of the chemicals and hazardous substances believed to have been dumped at the former landfill were present in his system, McMullan was told that the tests could not be performed by her local GP.

McMullan told CommonSpace that the private BMI Ross Hall hospital does offer the relevant blood-tests, but such tests are prohibitively expensive for her.

“Somebody should be paying for the health checks. It shouldn’t be coming out of parents’ pockets at all.” Parent Pauline McMullan

McMullan said: “I am looking at these specific tests for my son Aidan as I believe these to be the ones l am most concerned about.

“I believe health screenings should be completed for all staff and pupils if the council have completed air tests in the building that show signs of contamination.”

McMullan added: “At the end of the day, if the health checks have to happen, I don’t know if it’s North Lanarkshire Council or the NHS, but somebody should be paying for the health checks. It shouldn’t be coming out of parents’ pockets at all.”

The Scottish Government has said that the review, which is being undertaken with the cooperation of the council and the health board, will be completed before the beginning of the new school year in August.

North Lanarkshire Council has created a leaflet intended to provide information about the ongoing situation, which can be downloaded from its website and will be delivered to all parents and carers in the area this week.

CommonSpace is entirely funded by small, regular donations from you: our readers. Become a sustaining supporter today