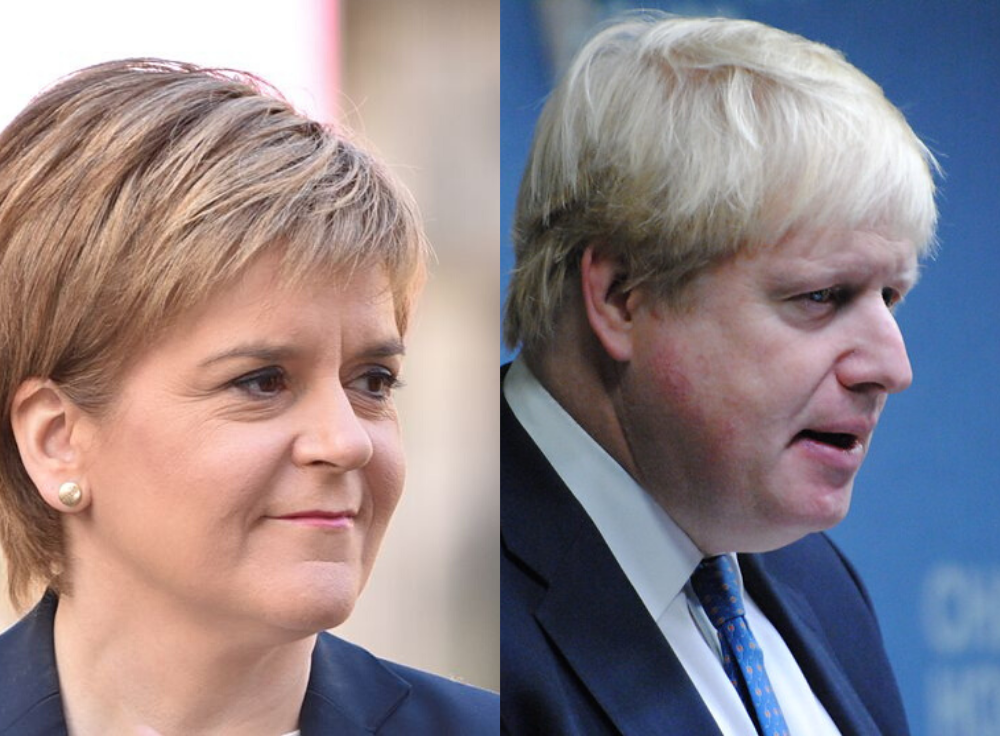 PRIME MINISTER Boris Johnson has refused a request to transfer powers over referendums to the Scottish Parliament, insisting another referendum would continue “political stagnation” in Scotland.

First Minister Nicola Sturgeon wrote to the prime minister in December, setting out what she described as the legal and political case for a second independence referendum.

However, Johnson has now written to Sturgeon officially refusing her request for powers over referendums to be transferred to Holyrood.

Today I have written to Nicola Sturgeon. The Scottish people voted decisively to keep our United Kingdom together, a result which both the Scottish and UK Governments committed to respect.

Let’s make 2020 a year of growth and opportunity for the whole of the UK ?? pic.twitter.com/JjQp3X2J2n

Johnson said in his letter that the UK Government would uphold the “democratic decision” made by the Scottish people in 2014.

Referencing the “once in a generation” phrase used by some SNP politicians throughout the 2014 referendum, Johnson said he would uphold this “promise” made by Sturgeon and former-First Minister Alex Salmond.

Another referendum, he said in his letter, would continue the “political stagnation” seen in Scotland for the last decade, with “Scottish schools, hospitals and jobs again left behind because of a campaign to separate the UK.”

Responding to the letter, the first minister said the response was “predictable”: “The Tories are terrified of Scotland have the right to choose our own future. They know that given the choice the overwhelming likelihood is the people will choose the positive option of independence.

“While today’s response is not surprising – indeed we anticipated it – it will not stand.”

In a speech in December following the General Election, Sturgeon had argued that the UK Government had “no mandate” to take Scotland out of the EU.

After the SNP secured an overwhelming majority of seats, Sturgeon insisted that the Scottish Government had a clear mandate from the Scottish people to press ahead with a second referendum.

“This is not simply a demand that I or the SNP are making. It is the right of the people of Scotland – and you as the leader of a defeated party in Scotland have no right to stand in the way.

“In an independent Scotland we will always get the governments we vote for. We will have full control of the powers and levers needed to build a truly fair and more prosperous country. We can take our place as an equal partner with our closest friends in the rest of the UK and across Europe.

“The people of Scotland have spoken – it is time to decide our own future,” she said.

Responding to the prime minister’s letter, Scottish Greens co-leader Patrick Harvie said it was “appalling” that Scotland would be “ripped from the EU against our will”.

Harvie commented: “In 2014 the all-party Smith Commission accepted that nothing prevented Scotland becoming an independent country if the people of Scotland chose that path. Since then the Tories have been consistently rejected in Scotland, as has their Brexit project.

“The people of Scotland are sovereign, they alone have the right to decide their future.”

“What this country needs is a government that is focused on delivering excellent public services and a federal UK that ensures that power is shared across the whole of the country.”