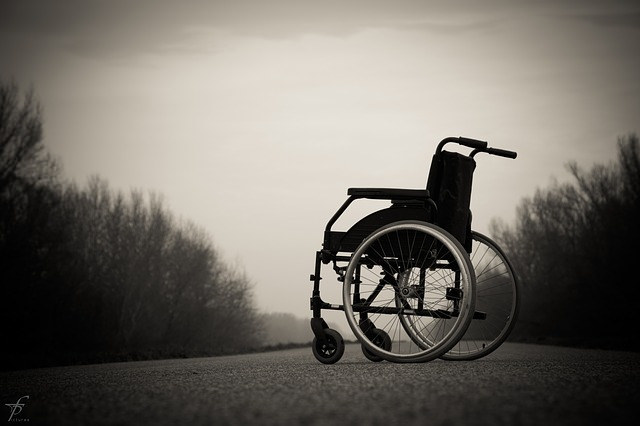 THE SCOTTISH GOVERNMENT has faced criticism following a freeze in funding for housing adaptations that would allow people, including the elderly and those with disabilities, to live safely, comfortably and independently in their own homes.

According to the Scottish Federation of Housing Associations (SFHA), funding for housing adaptations has effectively been frozen for the past seven years. Despite the Scottish Government’s previous commitment of £826 million to increase the supply of affordable homes as part of the 2019/20 budget, the SFHA – while welcoming the new money – has called for funding to continue “beyond the lifetime of this parliament” to meet both current and future needs.

Commenting on last week’s first level budget agreement following the deal struck between the Scottish Government and the Scottish Greens, SFHA chief executive Sally Thomas said: “While SFHA welcomes the allocation of £825m of investment in affordable housing, we are deeply disappointed that investment in adaptations has effectively been frozen for the last seven years. The number of people needing their homes adapted to enable them to live healthier, more independent lives has increased substantially.

“A recent SFHA member survey revealed that many housing associations run out of the vital funding required to put in adaptations for people who need them, half way through the year. That needs to change, and this is a classic example of effective preventative spend that needs to be significantly increased.

“Falls cost the NHS £500,000 per day. A handrail and additional lighting, which could help prevent a fall, costs around £500. Pressure on our NHS will only start to fall when we invest in prevention.” SFHA chief executive Sally Thomas

“Falls cost the NHS £500,000 per day. A handrail and additional lighting, which could help prevent a fall, costs around £500. Pressure on our NHS will only start to fall when we invest in prevention.”

Scottish Labour has echoed the SFHA’s concerns, arguing that maintaining the current level of funding in the face of increasing demand for accessible homes essentially amounts to an in-practice cut.

Labour Housing spokesperson Pauline McNeill said: “Everyone deserves a home that fits their needs, but this funding freeze is essentially a cut – and stops properties being made more accessible.

“Scotland’s housing crisis is about more than just building new homes – it’s about making existent stock fit the needs of our people.

“That’s why our housing commission focuses on ensuring a greater availability of accessible housing.”

“It’s a basic human right for people to live within their own community and to get the right level of support, and not to be isolated in care facilities and hospitals.” Journalist and activist Michael McEwan

Speaking to CommonSpace, journalist and activist in his local disability group Michael McEwan commented: “As an advocate and reporter of disability issues I’m disappointed to hear about the lack of government funding available to adapt homes to allow people to live independently in their own home.

“It’s a basic human right for people to live within their own community and to get the right level of support, and not to be isolated in care facilities and hospitals which further overstretches an already limited NHS service.”

The Scottish Government has previously been criticised over its commitment to diverse housing needs, when it faced accusations in 2018 that many of the 50,000 affordable new homes it pledged to deliver by 2021 were unsuitable for the elderly and those with disabilities.

Inews.co.uk reported on research commissioned by the Scottish Government which found that the next generation of affordable homes will be too small for many who rely on wheelchairs or other mobility aids. An investigation by inews.co.uk also found that 10,000 disabled people across Scotland are waiting for more suitable council housing, with figures from 26 of Scotland’s 32 local authorities revealing that some have been waiting decades to move.

Inclusion Scotland chief executive Dr Sally Witcher commented: “Being unable to buy or rent a sufficiently accessible home can leave disabled people trapped – in their own homes, in hospital, or in residential care against their will. This is simply unacceptable in today’s society.

“Put simply, we are not building or adapting enough houses in Scotland to keep pace with the current housing needs of wheelchair users and those who use mobility aids, let alone enough to anticipate the projected growth in these needs of an ageing population.

“We need more homes that are built to more generous wheelchair accessible standards and we need them now.”

UPDATE: A Scottish Government spokesperson told CommonSpace: “The bulk of funding for adaptations for all housing sectors comes from Health and Social Care Partnerships. This £10m funding is in addition to that and provided directly to Registered Social Landlords (RSLs) and has been protected in 2019-20 to assist RSLs in delivering adaptations for older and disabled tenants.

“It is for individual RSLs to determine how to make best use of the adaptations funding received from the Scottish Government.”