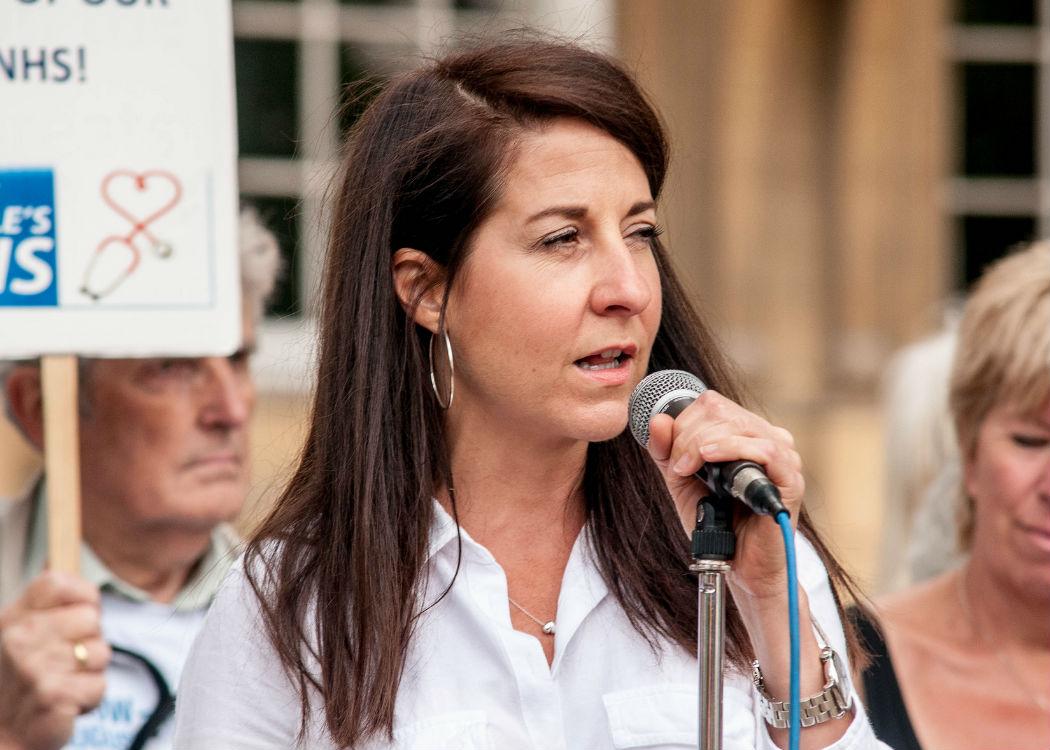 LIZ KENDALL has said that Labour must ditch the “fantasy” that Britain has swung to the left, as she backed increased defence spending, free schools and PS9,000 tuition fees.

The second favourite in the race to succeed Ed Miliband made the comments to journalists in a clear sign she wants to be seen as the ‘moderniser’ in the contest.

The Leicester West MP also hit out at the influence of trade unions in the contest.

Accusing Unite the Union leader Len McCluskey of attempting to “sabotage” the election, she said that the contest “cannot be about who the general secretaries say impresses them the most”.

McCluskey had previously warned that Labour should choose the “correct” leader or Unite, which is Labour’s biggest backer, may consider reconsidering the link with the party.

Kendall also said that she supported spending at least 2 per cent of national income on defence, a pledge that neither Labour or the Conservatives have previously made.

Commenting that during the coalition government there has been “a quiet diminishing of Britain’s role in the world”, Kendall affirmed: “Under my leadership, Labour will no longer stand by while the Prime Minister weakens our country and allows the world to become less secure.

“That means insisting that the UK maintains our basic Nato commitment to continue spending 2 per cent on defence.”

In a complete rejection of Ed Miliband’s policy platform, Kendall also hit out at the plan to freeze energy bills and said that cutting tuition fees would not be a priority for her as leader.

Saying that Labour decided the British public had shifted to the left because they “wished it to be so”, Kendall claimed that the party failed to say what was good about its last government.

She continued: “When Labour loses we do one of three things. We decide we didn’t win because we weren’t leftwing enough: fantasy. We decide we can avoid the really tough decisions because they are too uncomfortable: a fudge. Or we decide that winning is too important.”

Andy Burnham is currently bookies favourite to become the next Labour leader. The other candidates in the race are shadow home secretary Yvette Cooper and shadow international development secretary Mary Creagh.

Tristam Hunt, who many expected to stand, dropped out of the race and threw his support behind Kendall.

The contest takes four months with the leader set to be announced at a special conference on 12 September.