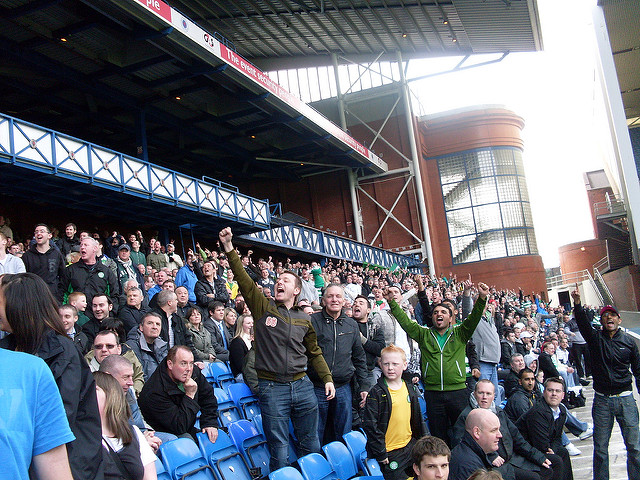 After years-long campaign, the OBFA finally falls by 62 votes to 60 in parliamentary vote

MSPS HAVE SUCCESSFULLY VOTED to repeal the Offensive Behaviour in Football Act (OBFA), narrowly defeating in the Scottish Government by 62 votes to 60.

The OBFA repeal bill, initiated by Labour MSP James Kelly, marks the culmination of a years-long campaign by opposition parties – including Labour, the Scottish Conservatives, the Scottish Liberal Democrats, the Scottish Greens and the Scottish Socialist Party – as well as civil liberties campaigners, legal experts and football fan associations, most notable Fans Against Criminalisation (FAC), members of whom applauded from the public gallery upon the repeal’s successful passage.

The OBFA, a landmark piece of legislation intended to confront the issues of sectarianism and bigotry in Scottish football, was passed in 2011, at which time the SNP enjoyed an absolute majority. It was the first piece of legislation in the Scottish Parliament’s history to be passed by a single party. Its overturning is a blow to the Scottish Government, which has opposed its repeal until the end.

Commenting in the aftermath of the repeal vote, James Kelly said: “This legislation has been completely discredited and I am delighted that my bill has led to its repeal.

“Since the SNP government used its previous parliamentary majority to force the legislation through, it has been repeatedly criticised by legal experts, fans’ groups and equalities organisations.

“It is now essential every party unites to tackle sectarianism at source.” Labour MSP James Kelly

“The law was a simplistic attempt to solve a complex problem. Sectarianism is a problem in Scotland that goes back generations. It can’t be solved in 90 minutes on a Saturday. The way to fix it is in classrooms and community groups.

Kelly continued: “Now the Football Act has been repealed, I hope all parties can get behind the need to support proper investment in anti-sectarianism initiatives, which have seen their funding cut under the SNP.

“Opposition parties have united to defeat the SNP and repeal the Football Act – it is now essential every party unites to tackle sectarianism at source.”

Community safety minister Annabelle Ewing conversely argued that the OBFA repeal was “deeply disappointing and worrying”, saying that it would compromise the ability of police and prosecutors to successfully charge those who display unacceptable behaviour.

Ewing also noted that “toxic behaviour” of the kind OBFA was intended to combat was a “continuing problem” in Scottish football in particular, citing recent violent incidents as evidence.

“Those supporting repeal have failed to recognise how removing legislation designed to protect vulnerable and minority communities will have a negative impact.” Community safety minister Annabelle Ewing

Speaking ahead of the repeal debate, Ewing said: “The Act is supported by a number of victims and equality groups and research published by Youthlink Scotland and ScotCen Social Research into sectarian language used on social media this week has again confirmed the direct link between sectarianism and football in this country.

“Repeal will compromise the ability of police and prosecutors to charge people for unacceptable behaviour and those supporting repeal have failed to recognise how removing legislation designed to protect vulnerable and minority communities will have a negative impact.”

However, Scottish Green justice spokesperson John Finnie MSP, a former policeman who originally voted for the OBFA while an SNP MSP in 2011, instead argued that Scottish police were “perfectly capable” of policing without the legislation being in force.

Earlier in the day, Finnie reiterated his support for the institution of ‘Strict Liability’, a system already employed by Uefa under which football clubs would be held liable for the offensive behaviour of their fans, as a preferable alternative.

Scottish Green co-convener Patrick Harvie MSP also observed that MSPs across the chamber had a “shared revulsion” of sectarianism, but that this could not be used in defence of a bad law.