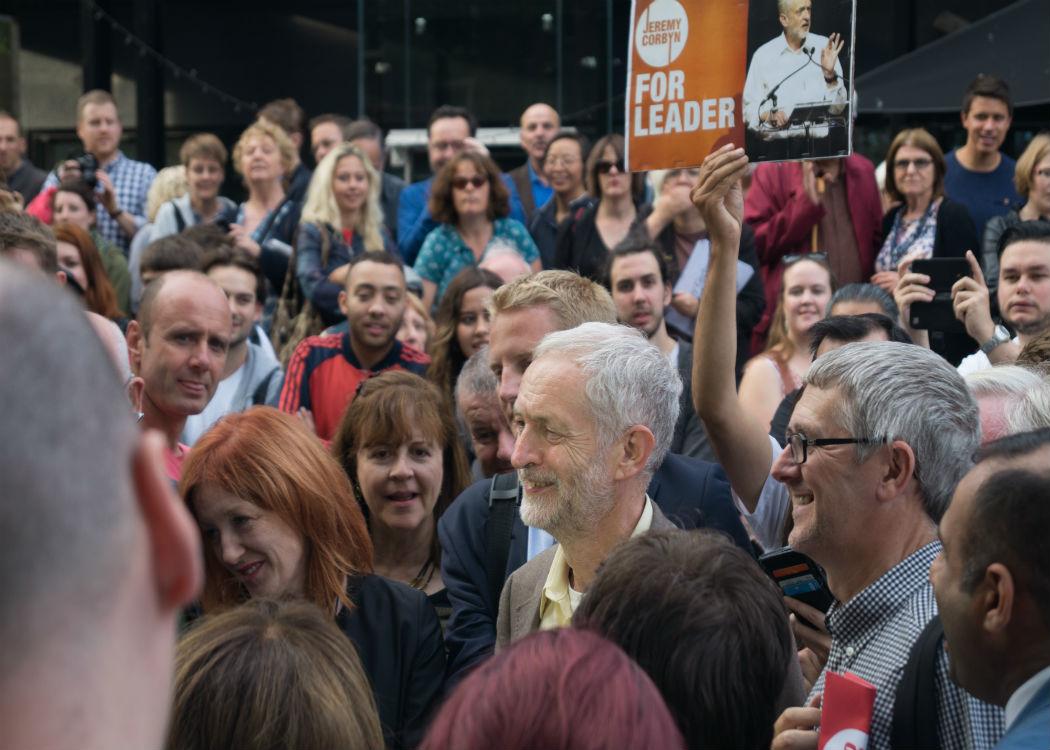 “IN every election I can think of, there’s always been an attempt to get a left winger onto the ballot paper and run for leader,” says Martin Cook with a grin.

Cook (pictured) was the organiser for the Jeremy Corbyn for Leader campaign in Scotland, and that grin is one recognisable for its promiscuity among a certain cohort of Labour leftists. For people like Cook, doing their works out of view for years without making much headway, Corbyn’s popularity and eventual victory was as much a shock as a joy.

“In the past it always been about trying to promote a debate over left issues and policies,” he tells CommonSpace,”When Corbyn first stood it was very much about generating a debate.We never expected to win.”

Cook concedes that the debate has been in a different league so far: “It’s been very tough going. They’ve [Corbyn and team] been dealing with a level of media glare they’ve never had up until now. But it’s still exciting to see a genuine and credible alternative put across by Labour.”

“When Corbyn first stood it was very much about generating a debate.We never expected to win.” Martyn Cook

The reasons for Corbyn’s rise within Labour range from the banal to the profound. On the one hand, the change in voting system heralded by the Collins review clearly backfired on the right of the party – on the other, Cook senses a mood abroad.

There are enough examples in the world today of voters abandoning the much feted political centre-ground, one in particular landed in Corbyn’s back garden: “Things like the referendum in Scotland; that’s probably had an impact.”

But the seminal moment in campaign was the House of Commons vote on welfare reform on 20 July: “You had Corbyn opposing and then the other candidates abstaining and then trying to justify that retrospectively. People have just given up on the idea of fighting over ‘middle England’ votes, if you believe in those. It wasn’t winning us anything.”

Throughout his campaign for leader Corbyn made great play out of his slogan that he would turn the Labour party into a “movement” against austerity.

It’s one of those rather vague sounding appeals that work well so long as one never intends to carry them out. Now Corbyn clearly intends to come good with ‘ Momentum ‘ .

The announcement of the new activist body, ostensibly meant to bring activists together to conduct the charge from Corbyn’s election into ongoing action, followed on from a call for voter registration made by the new Labour leader in his first conference speech. This announcement itself followed harsh attacks from the media and parliamentary colleagues.

So surely Momentum is meant as Corbyn’s leverage against a hostile media and parliamentary party?

“Not really,” Cook says. He finds different origins for Momentum, in the grassroots of the party.

“Momentum has come out of the Corbyn leadership campaign but it’s going to be separate from him, there may be times where it is necessary to criticise the leadership. We are not viewing them as some perfect infallible leadership who are beyond reproach,” he says.

Cook reels of a list of obscure organisations, testament to the recent history of demoralisation and fragmentation of the Labour left that has cobbled together for Momentum. But to work it needs to encompass deeper layers of the public.

“There may be times where it is necessary to criticise the leadership. We are not viewing them as some perfect infallible leadership who are beyond reproach.” Martyn Cook

And to encompass that public in Scotland possesses distinctive problems. Will Momentum take a position on constitutional issues north of the border?

“I think all that is still to be hammered out – still at the formative stages. It will be Labour party focused and orientated, so it is likely to reflect mainstream Labour left opinion,” Cook says.

But it’s hard not to feel that the success of the project depends upon the capacity to reach Yes voters.

“It is an issue we take very seriously because it is a major issue in Scotland,” he insists.

Will Momentum take agreed positions on independence and devolution?

“It may remain neutral on it,” Cook concedes. Then again, he says: “It could go down a red paper collective [Labour home rule think tank] route.”

But forced to take a position on independence, and in accordance with Labour party opinion, “It’s more likely to be no than yes to be honest”.

Beyond the messy constitutional issue itself there’s the ideological disparity that has opened up between the UK party and the Scottish party. Will part of Momentum’s task in Scotland be to draw Kezia Dugdale’s leadership into line with Corbynism?

“From the left’s point of view up here it’s far better to draw attention to Corbyn.” Martyn Cook

Cook sounds a little defensive: “It’s not so much about the UK leadership and what the UK leadership wants. We’ll continue to organise up here as we always have for left wing polices through Scottish conference and constituency Labour parties and locally, it may be that the Scottish Labour party takes different positions from the UK party and that’s fine, that’s part of what devolution is,” he says.

But he eventually admits: “From the left’s point of view up here it’s far better to draw attention to Corbyn.”

But if Momentum will be fighting for left-wing policies in Scotland, and won’t that mean fighting for Corbyn and against Dugdale?

“Momentum exists to pull the party to the left – but that’s what we’ll be doing all over the country, in England, in Wales and up here. That’s not controversial,” Cook says.

In reality there is little going on in the Labour party today that isn’t controversial. It seems obvious that Momentum is a play by the left-wing of a party and a leadership that has relatively few options.

Or more precisely, relatively few friends in positions of power and influence. But then isn’t this the new politics Corbyn promised, a politics for the people, extricated from elite influence? As a first step, Momentum seems to be Corbyn living up to his rhetoric. But will the ‘new politics’ live up to its promise?