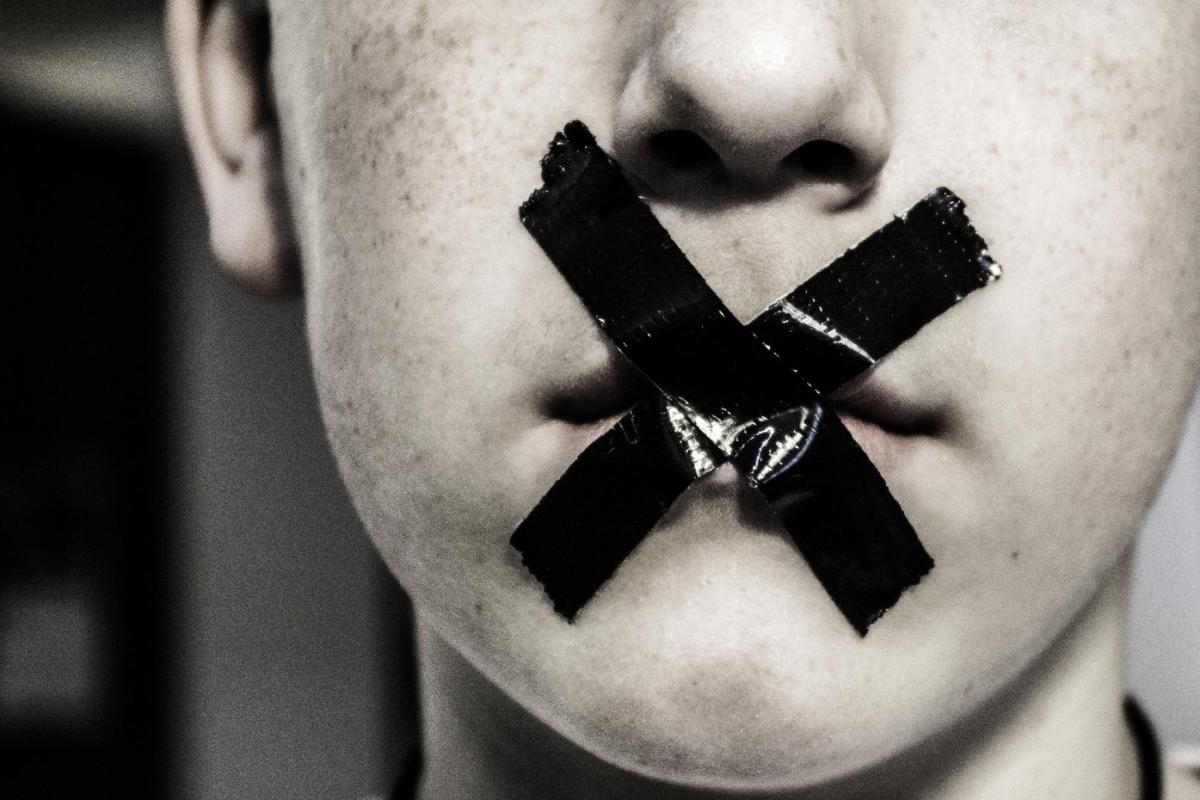 Six weeks ago CommonSpace revealed allegations of bullying and intimidation of journalists by officials in Argyll and Bute Council and attempts to shut down public opposition. The story led to a wave of testimony from concerned residents who came to CommonSpace with their stories of council sackings, mismanagement, and allegations of bullying against Douglas Hendry, executive director of customer services. Here, we tell the second chapter of this troubling story.

“IT’S a bit like dealing with the mafia in Sicily. It’s that bad.”

It started with the desire of a community in Dunoon to buy a derelict estate which had been used for council education services. But instead of welcoming the Castle Toward project as an opportunity for jobs and investment, Argyll and Bute Council officials placed barrier after barrier in the way. Locals were perplexed. Why were Dick Walsh, leader of the council, and Douglas Hendry, executive director of customer services, so determined to ride roughshod over local aspirations?

Those who have come forward to CommonSpace to speak out against the management practices of the council include figures with senior legal, political and administrative experience, many over several decades in Argyll and elsewhere in the UK.

CommonSpace is protecting the identities of those who have come forward.

– Allegations of bullying behaviour by Douglas Hendry, executive director of customer services, create problems with the culture of the council

– Dossiers of fresh complaints, including criticism of Douglas Hendry, have been given to council watchdog Audit Scotland and Scottish Government ministers

The revelations are particularly significant as Douglas Hendry is a senior employee of the council with influence over governance and legal practice. This includes interactions with council employees and councillors.

Hendry has a close and longstanding relationship with Walsh, which has also been a running theme of council power relations. Both men are in theory accountable to Sally Loudon, formally the chief executive of Argyll and Bute Council.

Despite Loudon’s seniority to Hendry, “Loudon is under the control of Douglas. She won’t do anything until Douglas okays it”, according to those inside the council that have spoken to CommonSpace.

Former staff and sources who have worked closely with the council have made direct accusations of bullying against Douglas Hendry.

“He acts as chief executive, solicitor, and director of services. Whatever picture you have of an individual like that is wrong.”

– An experienced legal source who dealt with Hendry at meetings

The source, who has a longstanding role representing clients in serious legal disputes, described Hendry as “basically a thug”.

CommonSpace requested interviews with Douglas Hendry, Dick Walsh and Sally Louden to discuss the allegations of bullying, the employment tribunal settlements and Audit Scotland investigations ahead of publication. The requests were ignored.

Instead, the communications department issued a response on their behalf.

It stated: “Argyll and Bute Council has strong political leadership and committed senior management who, along with a loyal workforce of almost 5,000 staff, are focused on delivering the services that matter for local people and seeking the best outcomes for the area. This remains the council’s clear priority.

“Suggestions of bullying and mismanagement are nothing more than an attempt to distract from the important work that needs to be done for Argyll and Bute. The council puts Argyll and Bute first and welcomes opportunities to work with others who share that commitment, from the public, private and third sectors as well as people in our communities.”

Another source with both elected and administrative experience in local government committees, explained his dealings with Hendry across several decades. As a representative of another council authority, he took part in private sessions with Hendry in relation to inter-council corporate affairs and described three incidents of inappropriate behaviour.

“I’ve seen him operating on a number of occasions. Extraordinary man, not in a good way. The other councillor [at the meeting] was told what to do and shut up by Douglas Hendry. He was there to bully everybody. We sat in stunned silence.”

A second private meeting occurred where another council employee was repeatedly lambasted and treated “very roughly” by Hendry, according to the former councillor.

On a third occasion, a council staff member accidentally transmitted a private conversation of Hendry shouting at a council employee to the CommonSpace source.

Other sources with management experience inside the council describe how Hendry uses his physicality to dominate individuals.

One former employee, who held responsibilities for council operations, was told not to challenge management behaviour for fear of losing their job. The source is one of several staff to win an employment tribunal settlement of thousands of pounds from the council for false dismissal.

They described the pressure applied at work as “verbal, suggestive, keep your job, pressures were applied… I was asked ‘do you want to work here anymore?’

“I thought of raising a complaint about the chief executive. The human resources representative told me that was a career-ending move. So I didn’t do it.”

Confirming previous reports by CommonSpace into council activities, the source’s inside experience of Argyll and Bute Council management was that “at every turn they wanted things to be quiet, secret, they wanted everything sat on”.

Another ex-employee, who dealt with social services provision and treatment of vulnerable individuals, also won a pay out for false dismissal: “The bullying and intimidation filters right down through the third sector. They tried to smear me and I took them to tribunal. I was then intimidated out of it and settled before the final hearing,” the source said.

“If you try and do your job properly and speak up against cliques and bad management they get rid of you by whatever means they can. The only people who survive are the ones who dance to their tune.”

The source’s explanation for staying anonymous was familiar: “I couldn’t be named because they would sue me for having a confidential agreement.”

It may become increasingly untenable for Argyll and Bute Council management to ignore such concerns.

Audit Scotland has led a prolonged investigation into the leadership at the council and campaigners are now calling for an escalation towards a full public hearing into years of management controversy.

At three separate junctures – 1996, 2009 and 2015 – Hendry and Walsh worked together to maintain council control over the Castle Toward estate, according to several sources with firsthand experience of the events. The actions of the duo were crucial in the rejection of a community offer for the estate this year, according to reports on the buyout project.

Criticism from the campaign then shone a light directly onto the three central figures at the council: Hendry, Walsh and Loudon.

It is this network that is a cause for concern among residents in Argyll and Bute.

“All Freedom of Information requests and all press enquiries go through to Douglas Hendry. Douglas Hendry is at the heart of the problems in this council.”

In 2013, the website For Argyll published an internal email from councillor James Robb which expressed concern that Hendry was getting “so directly involved in the politics of the council”. (Click here to read more).

Further evidence released under Freedom of Information legislation suggested that Loudon, Walsh and Hendry were the driving forces behind a dispure about school closured in Argyll. (Click here to read more).

Editor of the For Argyll site, Lynda Henderson, has investigated council activities closely for 15 years and spoke to CommonSpace about allegations against the council management: “I think that there’s a core – one is Dick Walsh and the other is Douglas Hendry. They are very much a twin act – one on the elected side, the other on the official side.”

Hendry, according to Henderson, “uses his own body as a force for intimidation. That’s a good metaphor for the way that he works.”

What, then, can be done to bring transparency and accountability to out-of-control councils?

Audit Scotland is supposed to act as a watchdog for council activities, but those spoken to by CommonSpace have lost trust in its ability to hold the council to account after two years of slow investigation into the council.

Despite publishing two damning reports, Audit Scotland has so far been powerless to change the management culture in Argyll and Bute.

CommonSpace has been told that a further dossier of evidence was prepared for Scottish Government ministers – who in extreme cases have the power to intervene directly in council management.

Public hearings, as held into Shetland Islands Council in 2010 and over a “culture of bullying” at West Dunbartonshire council in 2006, is touted as the possible next step. (Click here to read more).

Yet there remains suspicion over whether necessary action is forthcoming.

“Why when we have told Audit Scotland about these instances, why have they done nothing at all? They decided not to investigate. Audit Scotland let them get away with it,” said one frustrated source who personally confronted the organisation with evidence of council mismanagement.

But the repercussions of inaction are serious. Those who have spoken to CommonSpace are convinced that management failings have an impact on the standard of council services – including education, social care and economic development.

But even in the circumstances that political leaders fail to intervene, there are still a number of other challenges for Hendry and the council leadership on the horizon.

CommonSpace is aware of at least one legal challenge that is likely to go to the Court of Session, potentially costing the council tens of thousands of pounds and creating another publicity disaster.

Activists in Dunoon and across the district are already preparing an election push to reform the council at the 2017 election. They have an eye on unseating Dick Walsh, the leader who blocked community plans to buy Castle Toward.

Even in the event that government and campaigners fail, Hendry is nearing the end of his career. But what culture will he leave behind?

There remains serious concerns across Argyll and Bute that the council is failing its residents, and many remain too fearful to act publicly.

Will anyone act to stop it?

Today members of the Save Castle Toward campaign will meet cabinet member Alex Neil MSP [Tuesday 24 March] to express concerns about the recent handling of the community buyout bid and the wider problem of alleged council mismanagement.

Will a full public hearing take place? It’s at least more likely than receiving a direct response to any of these issues from Argyll and Bute Council.