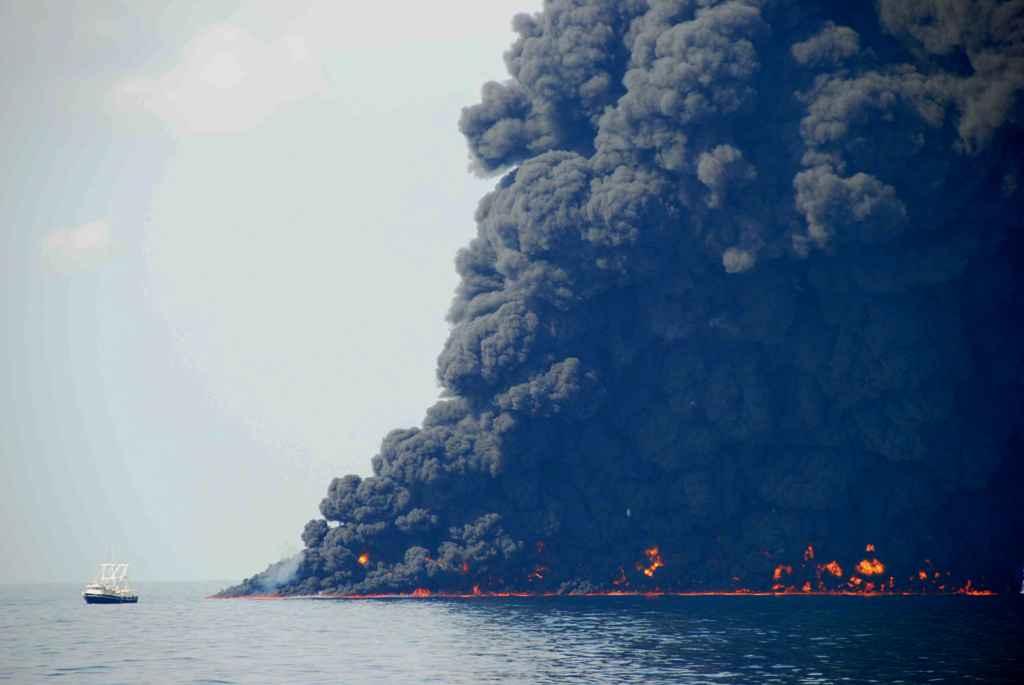 The company is now taking the Scottish Government to court to pin the blame – and potential clean up costs – for any pollution on the taxpayer (click here to read more).

However, rather than possessing a strong environmental conscience, Esso seems keener to enforce environmental standards when they affect its own back yard.

Esso’s parent company – ExxonMobil – is one of the world’s worst polluters, according to environmental activists.

Here’s a quick look at the company’s environmental track record.

ExxonMobil is the world’s largest oil refiner, with 37 refineries in 21 countries across the world. It also explores, extracts and ships oil.

The company’s sales make ExxonMobile the largest ‘super major’ oil company in the world, ahead of Royal Dutch Shell, BP, Chevron, and Total.

2) ExxonMobil has been responsible for disastrous oil spills

The company has repeatedly been responsible for environmental damage from oil spills.

Recent spills at Baton Rouge (Louisiana), the Yellowstone River (Montana) and Mayflower (Arkansas) polluted around 15,000 barrels of oil into rivers, water and the local environment.

It’s largest American incident was the Valdez oil spill, which released approximately 11 million gallons of oil along 2,100km of the Alaskan coastline.

A State of Alaska committee said the spill “is widely considered the number one spill worldwide in terms of damage to the environment”. 250,000 sea birds and hundreds of otters, seals, bald eagles, and many killer whales died due to the spill, according to estimates.

The Greenpoint oil spill around Newtown Creek, Broklyn, was estimated to be even larger at between 17 and 30 million gallons of oil and petroleum product leaks.

The river estuary border was heavily polluted under homes and communities, which has raised health fears over the impact of fumes and contamination in the community.

The environmental impact of these massive spills resulted in huge clean-up costs. But ExxonMobil denied responsibility and clean up costs in several cases.

After the Valdez spill, ExxonMobil was ordered to pay $5bn in damages, but the company managed to reduce this cost to $500m on appeal.

The natural environment in Alaska is still recovering from the spill almost 20 years later.

John Devens, the Mayor of Valdez, commented that the community felt betrayed by Exxon’s inadequate response to the crisis.

In the Greenpoint case, ExxonMobil originally blamed culpability on another oil company. However, ExxonMobil eventually settled a lawsuit with state authorities to pay for greater clean-up costs – almost a century after the spills began.

Reports compiled by the United States Environmental Protection Agency had criticised recovery efforts and a slowdown in clean-up efforts which had left million of gallons of oil under the community.

Exxon also funded aggressive lobbying and research in an attempt to undermine the scientific consensus on the danger of climate change.

Esso was criticised by the Royal Society which expressed “disappointment at the inaccurate and misleading” content of the oil group’s research and asked whether the firm was still funding climate change denial in the UK.

Stephen Tindale, director of Greenpeace at the time, said: “For years, the tobacco companies blocked action on smoking by sowing doubt about the science. Esso and its friends have done the same thing in the US on climate change and now they’re busy in Britain. Global warming is the biggest threat we face, the science is certain.”

While deals with developing countries have led to accusations of bribery, and connections to human rights, there is also a challenge to enforce environmental protection.

ExxonMobil increasingly drills in countries without democratic or civic regulation, according to research compiled by Steve Coll.