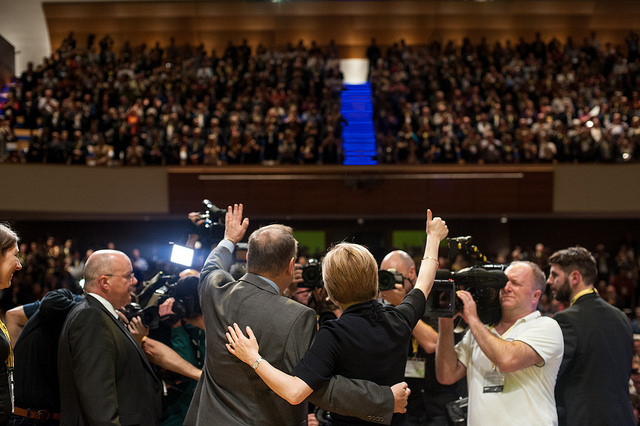 YESTERDAY saw the unveiling of Scotland’s Budget in the Scottish Parliament – only the second Holyrood budget since Scotland acquired new, although limited, tax powers.

And these new powers are being put to good use. There will be a wholesale revamping of income tax bands to create a uniquely Scottish system of taxing income, based on four principles: making tax more progressive, protecting public services, supporting economic growth and protecting the low paid.

The creation of a new Scottish ‘starter’ rate of tax, 1p lower than the UK basic rate, will be a real help to those just starting on the tax ladder. Keeping the basic rate constant at 20p, adding a new intermediate rate at 21p and increasing the higher and additional rates will ensure those that can pay a bit more do so, and that the increases in tax at the top rates will generate more, not less, cash for public services.

Remember that Scotland still has only a fraction of the total tax raising powers that an independent country would enjoy. Taxes on savings and dividends income, for example, remain at Westminster, as does corporation tax.

The ability to implement a wealth tax lies outside of our control, and we have no power over national insurance, fuel tax, VAT or inheritance tax. Together these restrictions severely limit what the Scottish Government can do. It’s like trying to play a round of golf with three quarters of the clubs missing.

The budget also delivers for public services, and lifts the public sector pay cap with a three per cent increase for the majority of workers. It must be remembered that Scotland is the only part of the UK to actually deliver on public sector pay.

Labour-controlled Wales, despite all the bluff and bluster from the party’s comrades in Scottish Labour, has failed to lift the cap.

Here, a real terms increase in spending has been delivered for public services, and a £400m increase in health service spending is particularly welcome. And when it comes to public services it’s not just a question of how much you spend, it’s also about how well it is spent.

Scotland’s NHS delivers in a way that those in England and Wales fail to do. Our NHS accident and emergency performance is more than 10 per cent better than in Tory-run NHS England or Labour-run Wales.

The third leg of the budget is the package of measures to drive inclusive economic growth, heeding calls from business organisations to provide the infrastructure and support to help create jobs. There is the £600m investment in superfast broadband roll-out to 100 per cent of Scotland’s homes and businesses, and ensuring that 100,000 small businesses in Scotland pay no rates at all – the best support for small businesses anywhere in the UK.

And then there’s the follow through on the commitment to create a Scottish National Investment Bank, a policy advocated by Common Weal and others. The initial investment of £350m gives real substance to this initiative with its huge potential to drive major investment in Scotland’s infrastructure and economy.

It’s clear that the opposition parties were caught flat footed yesterday. The Tories’ economic credibility was further dented. They called for tax cuts for the wealthiest and for more spending in public services, while asking us to ignore the cuts placed on Scotland’s budget by their friends at Westminster.

READ MORE: Highs and lows for Scottish Government budget according to campaign groups

Labour’s plan to put everyone’s tax up by 1p would see the bottom 70 per cent of earners – the people they are supposed to want to protect – paying more than they will under this SNP budget. So Labour find themselves arguing for the poorest to pay more, while at the same time failing to recognise the real terms increases in investment in public services the budget delivers.

As always with Labour, the rhetoric runs away from the reality. When actually in power, in Wales for example, Labour fails to deliver and always disappoints.

The SNP government has used this opportunity to deliver a budget that works for the people of Scotland: tax cuts for those who need them, together with investments in public services and economic growth, paid for by asking those who can afford to pay a bit more to do so.