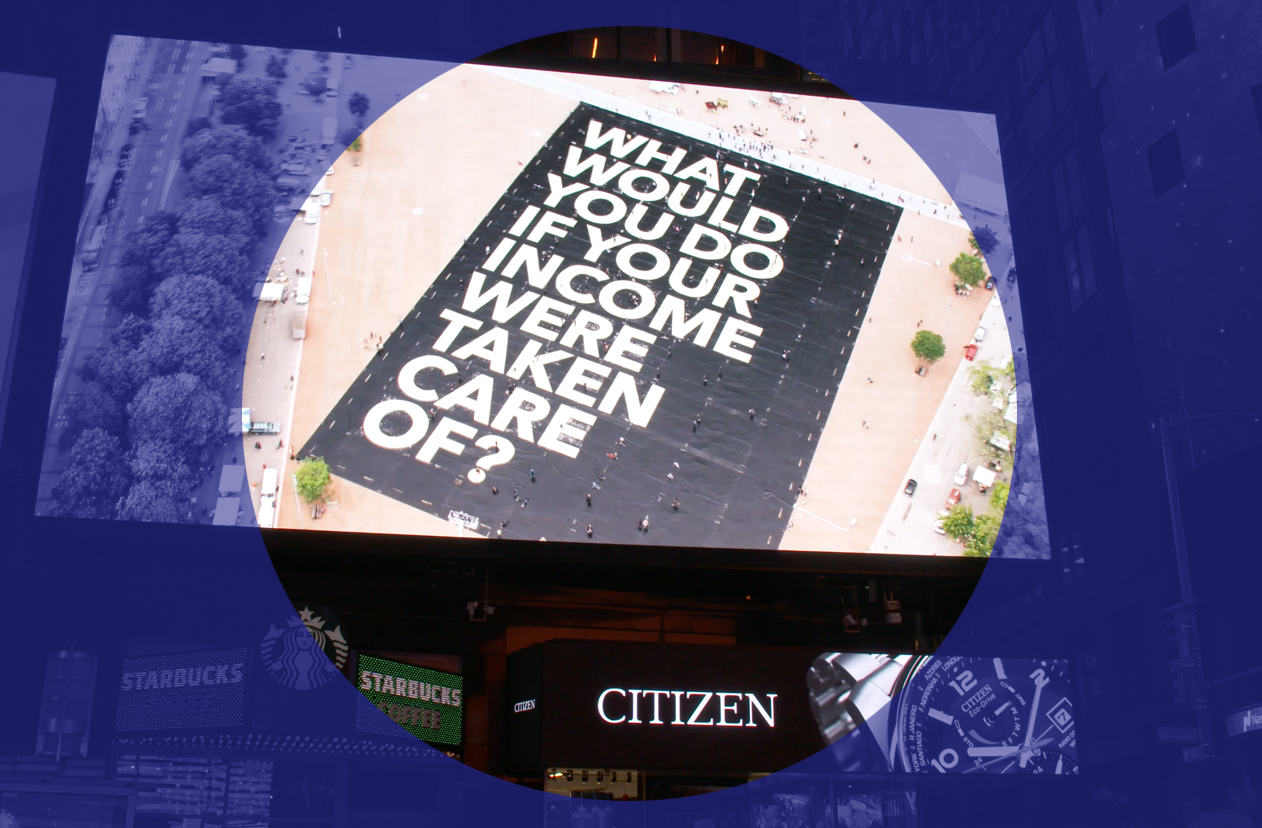 “Basic income could help the recovery out of this crisis; it could help soften the blow of a crisis in the future. It could be that the sceptics are right after all. But at the very least, now is the time that we all need to take basic income seriously.”

As Nicola Sturgeon plans to press Boris Johnson on the introduction of a universal basic income in response to the economic consequences of the Coronavirus pandemic, Jack Perry argues that such a scheme could offer the best chance of recovering from this crisis, or preparing for any future one.

BASIC INCOME has become part of the conversation in Scotland and at Westminster like never before. This arguably began on the 16 March when, as the impact of the crisis on freelancers and the self-employed was becoming clear, 97 MPs signed an early day motion calling on the UK Government to introduce a ‘temporary’ universal basic income to help the workers who were at that point not covered by the government’s existing emergency measures.

As the government rebuffed the proponents of basic income and added a new set of temporary measures to the mosaic of income-support schemes, the window of opportunity for a genuinely universal solution to the current crisis appeared to fade. However, a series of interventions by a number of high-profile Scottish figures – including First Minister Nicola Sturgeon – appeared to suggest that there may be space to pursue basic income as a solution to the current crisis, and not just as a temporary measure but as something permanent.

It was into this space that a letter was written to the Financial Times by over a hundred MPs and peers calling for the UK government to introduce a ‘recovery’ basic income to provide sufficient support to everyone, perhaps foreseeing an economic recession once the current lockdown measures are lifted. The letter – backed by campaign group Basic Income Conversation – makes a compelling case that, following a crisis that is impacting everybody in a multitude of ways, it is imperative to provide “an income floor that nobody falls below and a springboard to recovery”.

However, not all parties are on board with the idea of a ‘recovery’ basic income. The incumbent Conservative government at Westminster has refused to contemplate such a move, while the UK Labour Party leadership has rejected the introduction of a basic income in the current circumstances, stating that while “[they] agree that the Covid crisis has confirmed that the current social security system isn’t fit for purpose… creating an entirely new social security system is unlikely to be possible during the crisis.”

In some ways, the Labour Party position is understandable: basic income would be an undoubted step change from the targeting and means testing of the current social security system, and such a policy needs to be implemented correctly in order for the benefits to be felt by those who most need them. This means the implementation of basic income needs to be considered and evidence-based, which can take time. Conversely, politicians of all stripes need to recognise that there is now a new and considerable upswell in support for basic income, as the letter to the Financial Times makes clear. To ignore that support because the implementation appears too much of a challenge appears both naïve and unimaginative, especially given the scale of the economic crisis that may lie ahead.

Thankfully for all sides of the debate, a process that has been in train for nearly two years is likely to arrive at its completion within the next couple of months. In May 2018, the Scottish Government committed £250,000 over two years to support a steering committee to research and explore the feasibility of a basic income pilot in Scotland. The steering group is made up of members of four local authority areas – Fife Council, City of Edinburgh Council, Glasgow City Council and North Ayrshire Council – and supported by some other organisations, including NHS Health Scotland (given the current crisis, it is interesting to note that one area under examination is the potential impact of a basic income on health outcomes).

Although we don’t yet know the exact release date of the steering group’s final report, we are expecting it to be submitted to the Scottish Government at some point over the next few months.  Likewise, we do not know what will feature in the report, although the interim report that the group published in November might provide a good idea. Of particular significance to this discussion are the sections in the report titled ‘political feasibility’. The report notes that to implement a basic income pilot in Scotland “requires the full co-operation of a range of institutions including the Scottish Government, the DWP [UK Department for Work and Pensions] and HMRC.”

In other words, to enable any potential basic income pilot to take place requires at least tacit institutional and political support at both the Scottish and UK levels. If the final report suggests that running a pilot is feasible and the report’s recommendations are taken up, then we could see a basic income pilot in Scotland within the next few years.

If the evidence around the timing and the contents of the final report are borne out, then it indicates the tremendous importance for all political actors at Holyrood and Westminster to engage with the report’s findings seriously, and provides them all with an opportunity to do so in good faith. For the parties in favour of basic income, running a basic income pilot in Scotland would be a huge opportunity to bring the idea into the spotlight and highlight the potential benefits of the policy. For sceptics, a pilot would offer a robust, methodical and evidence-based approach that will either confirm their reservations or provide the wealth of data required to change their minds.

And for all parties, the feasibility study report and any potential basic income pilot could both provide the chance to evaluate the best means of recovering from this crisis or preparing for any future one. Recent reports about artists and disabled people in the UK having to endure the current lockdown period without the necessary help suggests that many vulnerable people can slip through the gaps in a patchwork of targeted support mechanisms devised during a time of crisis. Taking a more considered approach to assessing how to support everyone in a time of crisis may well yield better outcomes, and basic income might just be part of that answer.

It is thus imperative that, when the feasibility study report is submitted, it is not lost as the current debate rumbles on. Basic income could help the recovery out of this crisis; it could help soften the blow of a crisis in the future. It could be that the sceptics are right after all. But at the very least, now is the time that we all need to take basic income seriously.

Jack Perry is a trustee and secretary of Citizens’ Basic Income Network Scotland. He writes in an individual capacity.