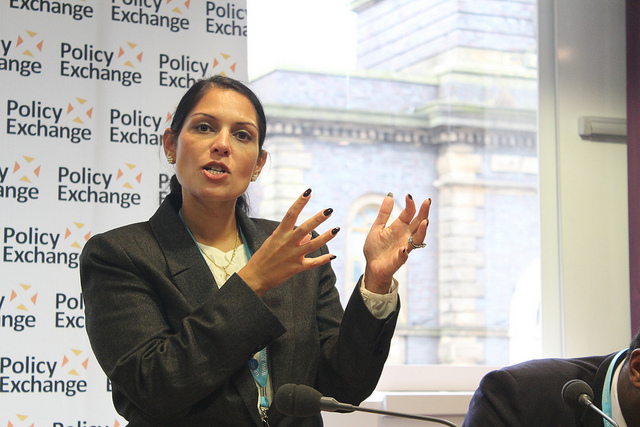 NOVEMBER 2 marked 100 years since the signing of the Balfour declaration – which declared Britain’s support for a Jewish homeland in Palestine – and in 100 years we have continued to bend our interpretation of “normal”.

The Balfour declaration effectively triggered 100 years of conflict, death, desperation and displacement for the Palestinian people, who continue to seek recognition, resolution and justice.

So much since then has been normalised: occupation, child imprisonment, segregation, obnoxious “aid” deals, demolitions and evictions. All of this is now to be celebrated “with pride” in the UK to honour the inception of all these normal things.

So much since then has been normalised: occupation, child imprisonment, segregation, obnoxious “aid” deals, demolitions and evictions.

It’s a celebration that, in and of itself, continues to normalise the most abnormal of acts: the promise of one people’s land to another.

Now, a fresh controversy has erupted over undeclared meetings International Development Secretary Priti Patel held with senior Israeli officials while apparently on holiday in Israel in August. Downing Street claims it had no knowledge of these meetings, after which Patel suggested aid money be diverted to to the Israeli army. It is an insight into the nature of Britain’s modern day relationship with Israel.

So how did we get here?

This push to normalise the abnormal, and the unethical – even by the standards of the time – is not something new in the UK’s approach to the Palestinian question.

The Belfour declaration, even though pushed by Zionist lobby groups for a Jewish homeland, provided a convenient reason for the UK to bolster its influence in the region, an act sought to balance out the presence of its historical rivals, the French.

A state-like presence in mandated Palestine helped secure Britain’s hold over the Suez Canal, a major trade route, and limit the influence of the French to its mandate countries in north Africa, Lebanon and Syria.

This opportunism was interrupted by the Jewish insurgency which picked ground in the late 1930s and culminated in the King David Bombing in 1946 which saw the death of 91 British soldiers. It is an incident still celebrated in Israel, yet considered a terrorist attack in the UK.

Opportunistic self-interest has once again failed the UK.

The years prior to the insurgency saw the UK’s role in mandate Palestine spiral out of control as attempts to limit Jewish immigration and land controls fell flat in the face of increased calls for statehood and an increased Arab resistance.

What little control Britain’s colonial project gave it in the Middle East completely unravelled in 1956 when Egypt nationalised the Suez Canal. Then, Britain re-adopted its opportunism and invaded the Sinai Peninsula with the French and the still new Israeli state.

Their invasion was met with harsh criticism from the international community, mainly the United States, and they were forced to retreat.

Opportunistic self-interest has once again failed the UK.

One hundred years on from the signing of the Balfour declaration, there is healthy debate around what the declaration actually meant.

The consensus is that the declaration was not a blessing for the creation of a Jewish state, something echoed by the UK Government in the white papers of 1922 and 1939 which rejected any sort of partition plan and echoed the need for a Jewish “homeland” within an independent Palestinian state.

Another pertinent point is that the declaration unequivocally referred to Palestine as a nation. This dispels any Zionist arguments that frivolously dismiss the existence of a Palestinian nation, people, or political body.

Finally, great attention has been given to a key section of the short text proclaiming that Britain’s fulfilment of its promise to the Zionist lobby would be limited by a clear understanding that “nothing shall be done which may prejudice the civil and religious rights of existing non-Jewish communities
in Palestine”, an obvious far cry from where we are today.

Regardless of the fact that, historically, the UK had no intention of creating the mess Palestine is in today, the UK continues to be hell bent on sticking to its trajectory of self-serving opportunism.

And in today’s UK, fraught with Brexit uncertainty, opportunism presents itself through the existence of a stable trade partner in Israel.

To embrace this partner, the UK must undertake a great feat of acrobatics, covering up current incompetence with the corporeal manifestation of incompetence past.

This ruse is not going unnoticed, yet it continues to be normalised, in the UK and elsewhere by purposefully obfuscating a history of complicit involvement in Israel’s violence and occupation with a rhetoric of “complexity”.

To embrace this partner, the UK must undertake a great feat of acrobatics, covering up current incompetence with the corporeal manifestation of incompetence past.

That is, the complexity of the current Israeli-Palestinian conflict. This complexity, however, has not stopped the US from sending “aid” to an occupying country, forgoing any questions on why a country as prosperous as Israel need’s aid to begin with.

This complexity has also stood in the way of the EU sanctioning Israel for the repetitive destruction of EU property given as aid to Palestine within the occupied territories.

The complexity has also left no choice but for the UK to celebrate “with pride” a state responsible for countless infractions of international law, maintaining one of the longest occupations of modern history.

And, of course, the situation has been so complex that none of these actors have been able to recognise the inalienable right of Palestinian self-determination and provision of the most basic of human rights.

It’s clear by now that the Palestinians will not have their request for an apology over the Balfour declaration met, just as almost anything from the Palestinian side of this conflict is dismissed.

Opportunism is very much still the name of the game, and this path leaves little to hope for in regards of justice and restitution for the Palestinian people from either the international community or the Israeli government itself, which plays up to this enabling normalisation.

In the face of all of this, however, one can’t help but ask the question; how far are we willing to push the boundaries of what is considered normal? From promising a “national home” for a people within another state to an ongoing occupation, blockade, and refusal of the right of return for Palestinian refugees, what is yet to come?

How far are we willing to push the boundaries of what is considered normal?

And where does “pride” fall into a scenario where the UK has time and time again suffered at the hand of its own opportunism?

Finally, what is really so complex about a conflict that is overwhelmingly clear and decisive from the perspectives of historical fact and international law?

It’s about time we moved past these petty conceptions of complexity and pride and started assessing our approaches to foreign affairs when it comes to Palestine.