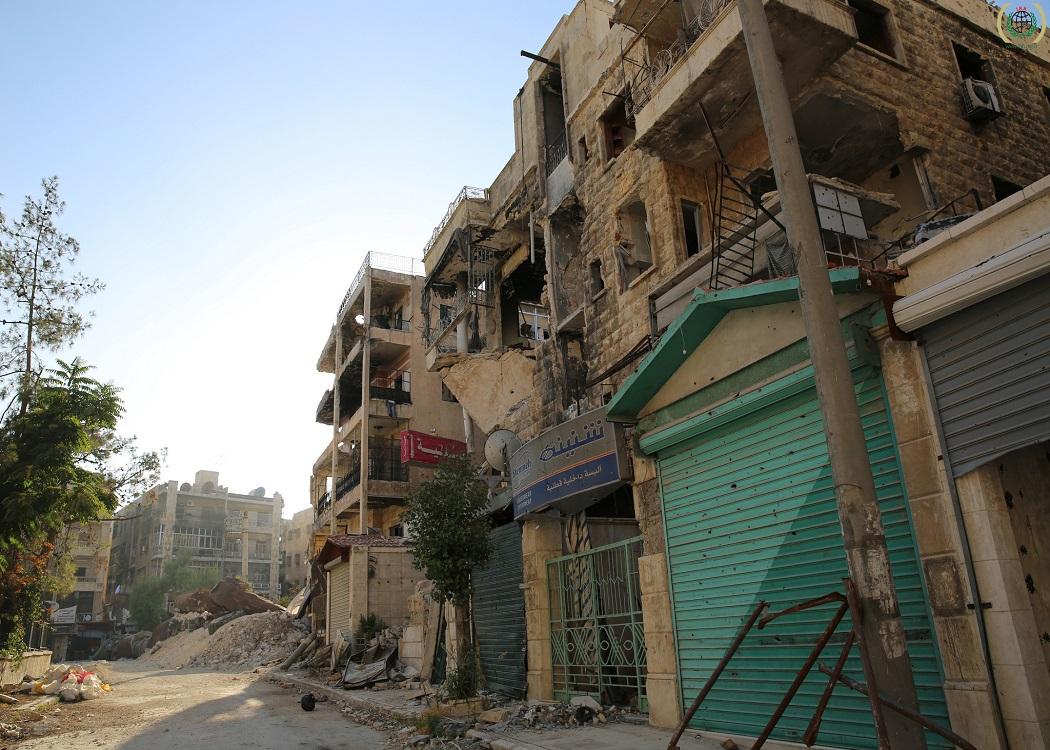 AS I write these words, the country stands on the brink of yet another war in the Middle East.

The prime minister is seeking support for a bombing campaign in Syria and, with Labour MPs to be given a free vote, may well overcome resistance from within his own party and gain a parliamentary majority.

Tomorrow will see a one-day Commons debate – during which we will be told, again, that airstrikes are “the right thing to do” – followed by a vote on the motion to attack Islamic State in Syria.

The language and the tactics of this campaign are designed to distance us from the reality of the situation in which we will become complicit.

Within weeks – perhaps even days – bombs could be falling from British jets onto Syrian homes. Both the language and the tactics of such a campaign are designed to distance us from the reality of the situation in which we will become complicit.

We are sold a story of precision strikes and certain victory delivered by detached, high-tech, long-distance warfare; in truth those precision bombs will kill more innocents than adversaries and any sort of military victory will be impossible without the deployment of ground troops, a rightly unthinkable prospect in the current context.

Yet still the siren song of war calls to our politicians and, once again, they are being drawn towards the rocks.

We are told that we must bomb Syria because we simply have no choice: we either ‘fight them over there or we fight them over here’. To put it another way, we should bravely sacrifice other people’s children in order to create the (utterly transparent) illusion of safety for ourselves.

The same claims were made to support the attacks on Afghanistan and Iraq, conflicts which without doubt created the conditions for Islamic State to thrive. They were wrong then and they are wrong now.

Even if war does go ahead, and we do become complicit in reducing Raqqa to ashes, our cities will be no less vulnerable to terrorist attacks from an organisation which has spread its influence across the Middle East and north Africa. We cannot protect our way of life with a wall of Syrian corpses, though history shows that the same materials could well build an even bigger platform for Islamic State expansion.

There are alternatives to warfare, but our government has decided that the conversations involved are too difficult.

If the bombing does begin we are assured that 70,000 moderate Free Syrian Army soldiers will support us, holding areas cleared by our jets and thus bringing stability to the region. This claim – which Nicola Sturgeon euphemistically described as an “heroic assumption” – may well one day be seen as David Cameron’s personal “45 minutes” moment.

Those in favour of more war suggest that there is no alternative course, and some may even believe it. Yet the situation remains that Turkey, a Nato member and key ally in the region, seems only to be involved in the current operations as a means of attacking the Kurdish fighters who have successfully defeated IS militants time and again.

Worse still, we cling desperately to our friendship with Saudi Arabia, a nation which, in the words of SNP MP Stewart McDonald, is “cultivating a second Syria in Yemen”.

There are alternatives to warfare, but our government has decided that the conversations involved are too difficult.

What we must also recognise, however, is that there is a case for an armed intervention against Islamic State. That case is symbolised by the plight of the Yazidi people: it is heard in the stories of the women and girls sold into sexual slavery; it is found in the soil of the mass graves , six of which – the latest filled with at least 110 bodies – have now been found near Sinjar, the Iraqi town recently recaptured from IS.

What we must also recognise, however, is that there is a case for an armed intervention against Islamic State.

It is seen in the attempted genocide of people who deserve the world’s protection, as those facing genocide always do, and as we are always too late to remember.

The lessons of Iraq and Afghanistan tell us not to bomb Syria, but the lessons of Rwanda demand that we never retreat into an immoral, and entirely false, dichotomy. There is no ethical or humanitarian defence for the complete rejection of any and all military engagement, especially if that principle extends to turning our backs on intolerable suffering which we have the means – if not the will – to combat.

But the prime minister’s argument for war is not about the Yazidi, or Shia muslims, or the children dying in Homs, or any other group who truly find themselves at the mercy of Islamic State: it is about us.

And that, when we get right down to it, is the real problem. When we allow our actions to be driven by militaristic hubris, by a perception of ourselves which demands regular war as a means of protecting our status rather than ourselves, we consequently increase the suffering of the very people we should be defending.

Every time we rush headlong into war – flags waving, anthems blaring, egos throbbing – we undermine all notion of moral action in the defence of our shared humanity.

Syria does not need a reaction, it needs is a plan: a united, humanitarian and diplomatic intervention, led and managed by the full authority of the United Nations, with a clear commitment to rebuilding the region based on the development of a lasting peace.

But the prime minister’s argument for war is not about the Yazidi, or Shia muslims, or the children dying in Homs, or any other group who truly find themselves at the mercy of Islamic State: it is about us.

Government ministers would have us believe that adding a few more planes to the crowded and chaotic skies over Syria, dropping some bombs and destroying some lives will make this more likely, but in truth it will do the opposite by reinforcing the pro-war narrative which has caused such misery and continues to blind us to the reality of our place in the world.

What is being proposed now is merely the next step on the road to hell and the latest incarnation of British militarism. For all the grand talk about ‘difficult decisions’ and ‘key conditions’, tomorrow’s debate is really about whether Britain will, once again, beat the drums of war in the pursuit of prestige and profit. For all of our sakes the answer must be no.

We are told that we must attack Syria not because our bombs will alter the situation in any way, not because we will improve the lives of the innocent men, women and children trapped in Syria’s hellish civil war, but because other countries are doing it and we don’t want to be left out, because ‘our allies have asked for our help’ and we must therefore be seen to launch some missiles, drop some bombs and destroy some lives.

An argument for action can be made, but it is not the proposition currently before us.