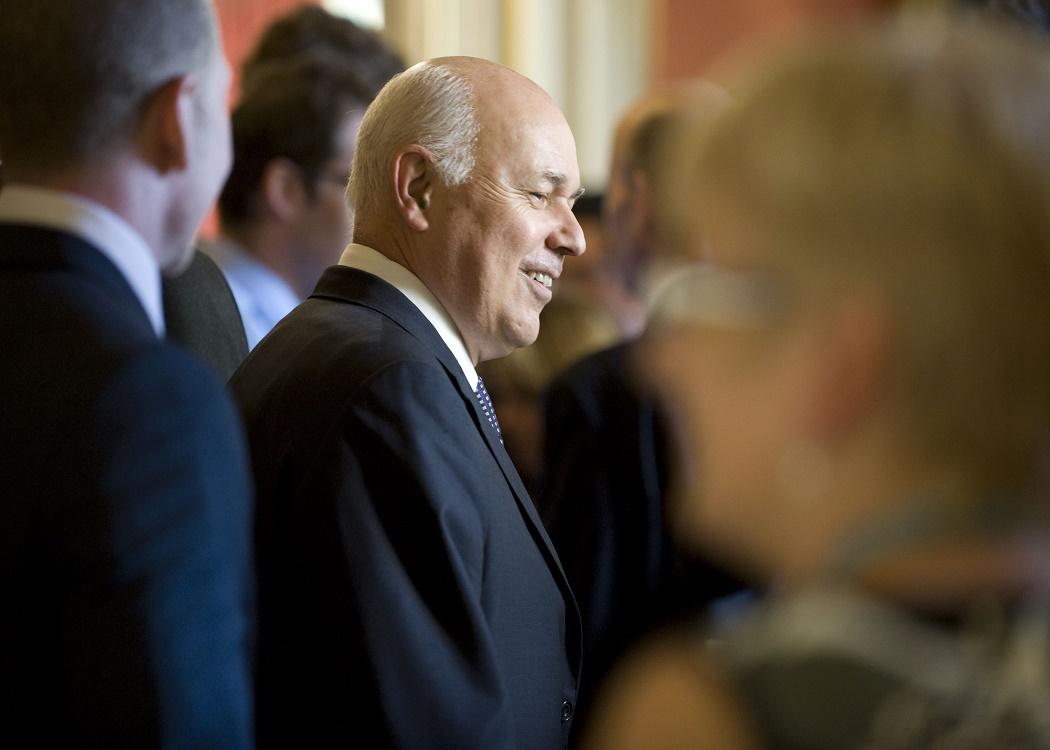 You don’t know me, but I’ve taken a keen interest in your work over the years. I didn’t manage to catch your speech on Tuesday but the reaction on social media suggested that you made some characteristically callous comments about disabled people (presumably to rapturous applause).

I read your speech when I got home and, to be honest, the premise seemed fairly straightforward: you believe that it is not the role of the state to lift, or keep, people out of poverty; the only appropriate tool to ensure a good life is individual hard work.

With that in mind I’d like you to meet Michael, a 27-year-old man with severe autism.

Michael cannot read, write or speak and, although he is capable of communicating with those who know him (at least on a basic level), he spends a great deal of his time frustrated at his inability to express himself.

Michael lives in a residential care centre in Ayrshire, 40 miles away from his family. He has a bedroom with an ensuite, and shares a kitchen and lounge with other service users who also live in the unit (it would be an insult to call it a home).

Though he used to enjoy a range of educational activities which improved his quality of life these have been discontinued due to funding problems rooted in your government’s austerity agenda.

Michael cannot read, write or speak and, although he is capable of communicating with those who know him (at least on a basic level), he spends a great deal of his time frustrated at his inability to express himself.

Sometimes, depending on a range of largely uncontrollable factors, this frustration manifests itself in violent outbursts during which Michael may injure himself or his staff.

In addition to his autism, Michael also suffers from a number of health problems including epilepsy – as a consequence he has little, if any, privacy.

To be clear, no amount of ‘support’ will ever change these simple facts.

Having read your speech on Tuesday I spent much of the evening trying to imagine the sort of job that Michael could do in order to deserve a life free from poverty and its associated consequences (such as an earlier death).

Reduced to a statistic, Michael is simply a problem; to you, it would be better if he didn’t exist at all.

Eventually, just when I was about to give up, it hit me – there is something that Michael could do, a role perfectly suited to both his abilities and his situation.

Michael, it turns out, would make an excellent scapegoat.

In this role Michael could help you to convince the people of Britain that their problems are caused by people who are disabled, low-paid, young or foreign, thus allowing your government to go about its business of protecting those who are actually to blame.

It’s perfect really, and wouldn’t even involve any expensive training or set-up costs – just a bit of casual demonisation from a failing minister looking to build a legacy on a pile of shattered lives.

The thing is, Iain, I get it: in a world – your world – where humans are separated into black and white, scroungers and strivers, Michael is the former. He is a burden on society, an unproductive unit, a red mark on the balance sheet.

Reduced to a statistic, Michael is simply a problem; to you, it would be better if he didn’t exist at all.

But he is not just a statistic, and he does exist.

Michael is my brother.

But he is not just a statistic, and he does exist. Michael is my brother.

So while you have spent the last 23 years ‘serving’ as an MP, enjoying an outrageous salary and taxpayer-funded breakfasts (at PS39 a go), I’ve seen my brother’s physical and mental health decline.

While you have been living like a Lord in your father-in-law’s countryside mansion my brother has been trapped in a care setting which – despite the best efforts of his fantastic staff – fails to meet his needs.

While your government has ensured that the richest in society continue to get richer, Michael’s quality of life has steadily declined.

If there is a silver lining it is this: at least Michael does not understand that those running the country simply don’t care about him.

Of course, you will say that your reforms are not intended for people like Michael, that only those who can work but choose not to will be caught up in the maelstrom of shame, bureaucracy, contempt and incompetence which has defined the last five years for vulnerable people up and down this country.

In reality – as you must surely know – the decisions you have made in recent years have brought misery to people who benefitted the least from the pre-recession boom years and who bear no responsibility for the economic crash of 2008.

Disabled people have, for example, been worst affected by the bedroom tax, while the introduction of Universal Credit could end up costing families with disabled children PS1,400 a year.

On top of this, research by Inclusion Scotland has shown that disabled people and their families are suffering “stress, fear and isolation” as a result of your welfare reforms.

None of this matters to you because disabled people like my brother are the easiest of targets and you are never likely to come face-to-face with the human cost of your political choices.

But, of course, none of this matters to you because disabled people like my brother are the easiest of targets and, in the splendid isolation of your privileged life, you are never likely to come face-to-face with the human cost of your political choices.

So, again, I’d like you to meet Michael. I’d like you to spend a whole day with him, to at least try to understand what life is like for someone in his situation and to see just how hollow the ‘all in it together’ rhetoric really is.

Finally, I’d like you to look me in the eye and tell me that it is not the role of the state to ensure that my brother has a life worth living.

A normal, compassionate human being would never be able to do it; I suspect that you just might.