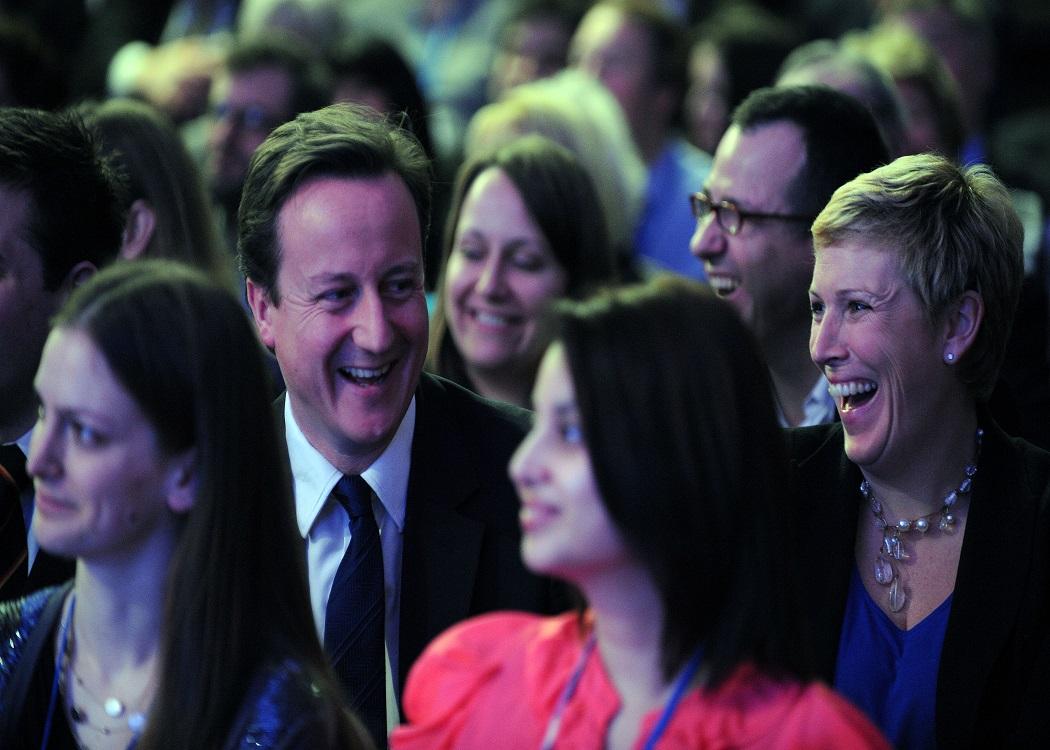 THERE’S no other way of looking at it: the Conservatives have won a crushing victory in the 2015 General Election. Despite poll after poll indicating a hung parliament, and early indications suggesting a modest swing towards Labour, David Cameron has not only survived but, astoundingly, increased the representation of the incumbent party and achieved an overall majority.

The other winner, as expected, is the SNP. Scottish pandas have long out-numbered Scottish Tories, but now the same can be said for Scottish Labour. The nation’s electoral map glows nationalist yellow, with each of the other parties clinging on to a solitary foxhole.

By harnessing the energy of the referendum (even in defeat) and combining it with the furious rejection of the Labour party, the SNP has achieved a result which, even now, is almost impossible to believe.

In England, the real catalyst for the Tory victory seems to have been the collapse of the Lib Dems.

The jubilation, however, may not last. Lib Dem and Labour candidates have already tried to explain their defeats by playing up the role of the ‘anti-SNP’ vote and, while neither is in a position to go on any sort of offensive right now, we will hear a great deal more about this over the next five years.

The charge against the SNP is that Labour losses in English marginals were a reaction against the “threat” of the nationalists influencing the next government. Those on this side of the argument will criticise an SNP campaign in which the party talked of holding influence over a Labour minority government and boasted of ‘locking David Cameron out of Downing Street’. They will argue that the SNP’s tactics have driven thousands of voters into the arms of the Tories.

The rise of the SNP will certainly have had an impact in certain areas, but it is too simplistic to suggest that the Tories won simply because of the SNP. In England, the real catalyst for the Tory victory seems to have been the collapse of the Lib Dems – while it may be tempting for some commentators to paint this as a simple anti-SNP switch from orange to blue the reality is, as ever, more nuanced.

In areas such as Scunthorpe and Bolton West, Ukip has also taken votes from the Labour party (and cost them seats as a consequence). Could it be that the most influential factor in this sweeping Conservative victory has not been the SNP, but immigration? Have concerns over the European Union outweighed the fears about the end of the UK?

The Labour Party must not lose sight of the main reason for its defeat: it simply is not good enough.

In some areas – and indeed nationwide – the Tory victory is driven not by an increase in their vote (which has risen by, at most, one per cent across the whole UK), but by a decrease in votes for Labour and the Lib Dems.

This, and the fact that they came second in more than 100 seats, suggests that the rise of UKIP (and to a lesser extent the Greens) may have been the crucial variable in this election.

Despite this, the Labour Party must not lose sight of the main reason for its defeat: it simply is not good enough. Ed Miliband fought a constant (and clearly unsuccessful) battle to convince voters that he was a viable prime minister and failed to deal with the accusation that the financial crash came about due to his party’s profligacy in government.

It is also possible that one of Labour’s core problems in Scotland – the accusation that the pursuit of power has left it in an ideological quagmire somewhere between neo-liberalism and nihilism – has now been replicated in England.

Add to this an openly hostile press and the perception that Labour is weak on immigration (the mugs didn’t help) and it is clear that the factors behind its demolition are many and complex.

In the end, though, the simplest explanation may also be the most accurate – the polls were wrong because of the ‘shy Tory’ factor, and the Conservatives’ overwhelming leads on the issues of the economy and individual leadership pushed them towards an overall majority.

Just like in every single election since the Second World War, the votes cast in Scotland have made absolutely no difference to the result of a UK-wide election.

So what exactly does all of this mean for Scotland? Well, the big headline is that the more things change (and 56 SNP MPs is an earth-shattering change) the more they stay the same: just like in every single election since the Second World War, the votes cast in Scotland have made absolutely no difference to the result of a UK-wide election.

Having handed the SNP 95 per cent of seats, the Scottish people will face another five years of Tory government; even if 100 per cent of voters in Scotland had backed the Labour party there would have been no impact.

Even now, after an election campaign in which Scotland seemed more important than ever before, less than 40 per cent of English voters have asserted their unassailable authority. The result is democratic insofar as it falls within the rules of the UK electoral system but, once again, Scotland’s lack of a true voice in the union has been brought into sharp relief.

Almost any other result would have kept the question of independence off the agenda, but it will now re-emerge (although it is not beyond the realms of possibility that Cameron will attempt to bury the Labour Party by offering genuine Home Rule to Scotland).

Are there any silver linings? The loss of Nigel Farage, who has resigned as Ukip leader following his defeat in South Thanet, is a massive blow to the profoundly toxic political party; the Conservatives may have a majority, but is extremely slim, making them vulnerable to relatively small revolts from their own back-benches; the Labour Party in Scotland might, finally, listen to the people and realise that their incredible decline is their fault, not ours; crucial issues such as reform of the electoral system and party funding may receive a long-overdue boost; and, in the long run, this result may well make Scottish independence absolutely inevitable.

But all of that is scant consolation for five more years of the Tories.

Picture courtesy of The Conservatives