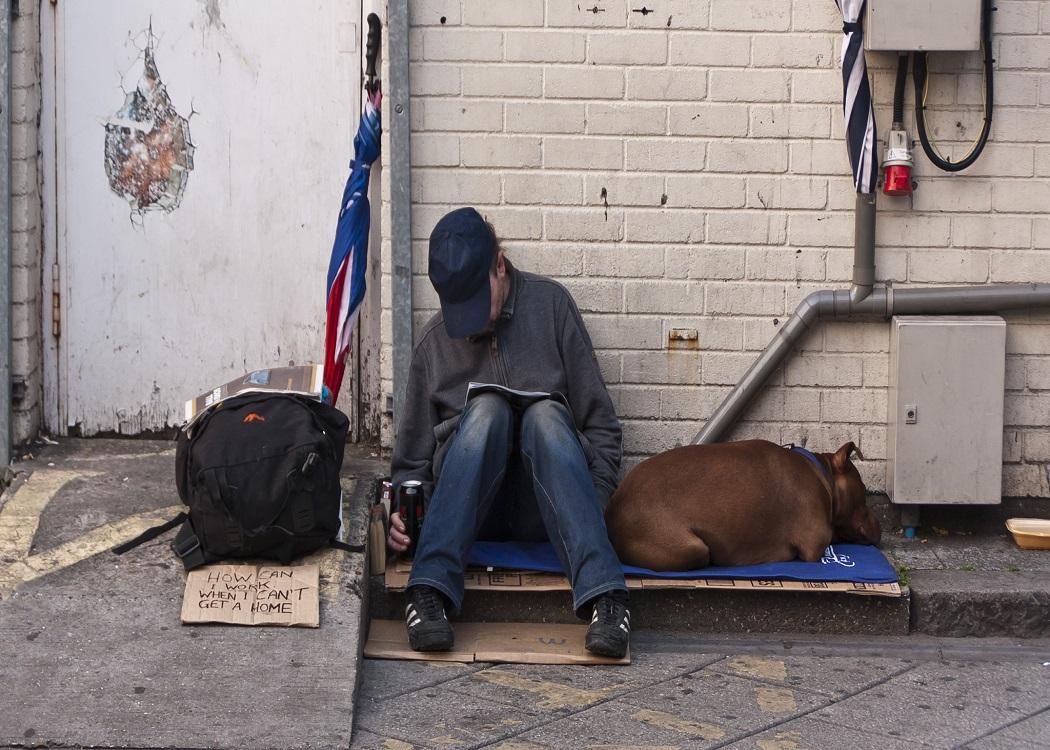 A recent piece from CommonSpace columnist James McEnaney found itself in the middle of a debate about ‘Broken Britain’. Here, McEnaney responds to some of the issues brought up, and says it’s all too easy to play down the struggles of the country’s most vulnerable.

Last week he accused me of arguing in an article I wrote for CommonSpace (click here to read it) that “greed and rule breaking is somehow an inescapable product of a particular constitutional arrangement”, as if the problems of Westminster politics have come about purely because of the intangible evils of unionism.

He also ‘presumed’ (his word, not mine) that I would “argue that Unionism had somehow corrupted an otherwise decent sensibility” and implied that at the root of my argument lies a hollow dichotomy which sees ‘Scottish’ as something automatically good and virtuous which is invariably corrupted by the malign power of the British state (click here to read more) .

Taken seriously, Mr Torrance’s article would have you believe that there are serious voices in Scotland claiming that we can cure all that ails us by stamping saltires onto the foreheads of the poor and powerless.

It didn’t stop there. Mr Torrance also felt the need to point out that Britain is not Haiti and that Westminster is not the Kremlin, although he could have saved himself the trouble given that nobody had argued anything of the sort.

The “hyperbolic” language of “broken” Britain may have “irritated” Mr Torrance, but tilting at scarecrows is clearly a perfectly acceptable use of his time.

From a position of privilege it must be easy to believe that Britain is working well, and – as ever – even easier to hide behind callous absolutism.

In all honesty, I find this quite flattering, and while imitation may well be its sincerest form, misrepresentation is somehow far more satisfying. For a simple English lecturer to earn such opprobrium from one of Scotland’s better-known journalists is something of a personal achievement.

In a roundabout way, though, Mr Torrance is correct, because the seemingly endless stream of parliamentary abuse, the contempt with which the political establishment regards vast sections of the population, and the systemic corruption at the heart of Westminster are, in reality, examples of what our political system looks like when it operates precisely as it was intended to.

When the rules have been designed to find ways of allowing MPs to supplement their parliamentary income, is it really any wonder that they exploit the opportunity? When the knowledge and contacts gained through parliamentary service are seen as something marketable, why should we be surprised when they are sold to the highest bidder?

From a position of privilege it must be easy to believe that Britain is working well, and – as ever – even easier to hide behind callous absolutism. Of course, the people of Port-au-Prince experience levels of poverty and despair that the people of Easterhouse will never face, but that doesn’t have any real bearing on the relative ‘brokenness’ of Britain and its political establishment.

The unacceptable realities of life in Britain for so many people were laid painfully bare during the independence campaign and now look like becoming key features of the General Election campaign, but it seems that it is worth repeating a small selection: in a country which can afford to spend PS100bn on nuclear weapons while there are 900,000 families depend on foodbanks; while those in charge of publicly owned banks shamelessly accept multi-million pound pay deals and annual bonuses, 700,000 struggle by on exploitative zero-hours contracts and poverty wages; as austerity bites ever harder into the flesh of communities up and down the country, the Westminster clique remains blissfully – and willfully – immune to the struggles that they are imposing on the most vulnerable members of society.

Of course, Mr Torrance might be right. Perhaps these examples (a mere snapshot of the bigger, more harrowing picture of devastating inequality) do not demonstrate that Britain is broken. Perhaps, as he says, Britain really is one of the “least broken” countries. Maybe it is important to keep in mind that things could always be worse. Maybe.

But tell that to the mother who spends her Friday nights trying to decide whether to feed her children or heat her home. Tell it to one of the 100,000 children made to suffer when their parents are “sanctioned” by the DWP. Tell it to the people trapped in insecure minimum wage jobs and ‘represented’ by millionaires.

Britain has been broken by a corrupt, self-serving and fundamentally conservative political consensus.

The upper echelons of Britain’s political and social fabric are woven from threads of elitism, privilege and corruption which invariably ensure that those in power are completely removed from the real lives of those they should be representing.

Britain is, without a shadow of a doubt, broken, not relative to the plight of the Haitians but to the aspirations of its people. Some may scoff at this, dismissing as vague utopianism the increasingly vocal demands for real change, but in doing so they betray their own tacit acceptance of an unacceptable status quo.

Furthermore, these aspirations are not rooted in some sort of mythical democratic nirvana – as Iain Macwhirter has already pointed out, a comparison of the political cultures in Westminster and Holyrood serves as a scathing indictment of the systems in place in London.

Nobody expects to live in a country where our representatives are imperious paradigms of virtue and grace, leaving the public gazing up at them in envious wonder in the same way that your average male looks at Michelangelo’s David.

The premise of progressive politics is not that unionism corrupts good, honest Scots; instead, I (and others such as Iain Macwhirter) have argued that the rules and regulations governing the behaviour of MPs have poisoned our democratic well, and now everyone who depends upon the water is suffering.

What has become clear is this: our political system (indeed, any political system) must be constructed specifically in order to protect democracy, including from those in its direct employ.

45 per cent of the people of Scotland voted Yes not because they had necessarily become nationalists, but because many recognised that they had become nationless.

That is why party funding should be nationalised and linked directly to individual memberships, why second jobs and company directorships should be unequivocally banned, why MPs’ pay should be reduced rather than increased, why the House of Lords must be abolished, and why the prevailing philosophy that our elected representatives can’t be expected to suffer the consequences of their decisions must be defeated once and for all.

Social justice, political engagement and representative democracy matter. A political and parliamentary system which is, at least in part, arranged to facilitate activities that most people would consider abuse of public positions, and which singularly fails to be of the people, for the people and by the people deserves to be attacked. In truth, it deserves to be torn down.

Ultimately, Britain has been broken by a corrupt, self-serving and fundamentally conservative political consensus which has resulted in the complete abandonment of huge sections of our society.

Forty-five per cent of the people of Scotland voted Yes in September not because they had necessarily become nationalists, but because many recognised that they had become nationless.

Crucially, it is now clear that this phenomenon is not restricted to people living north of Gretna – communities across these isles who have felt abandoned and neglected are feeling the tremours created by the independence referendum.

The windows are shaking, the walls are rattling, the waters are rising, but it is up to us to demand the changes that everybody in Britain deserves.