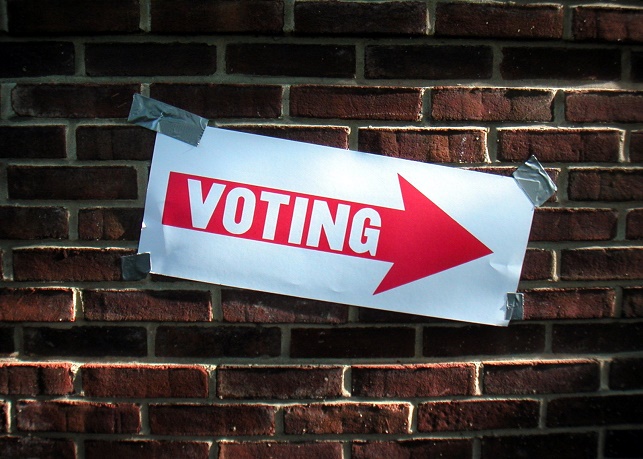 True, this is an increase on the 2011 figure of 50.4 per cent, but nobody should be under any illusions: the incredible wave of engagement which swept Scotland two years ago has broken. We are, in terms of electoral participation, pretty much back where we started.

In Glasgow the figures are particularly striking. Average turnout in the region was a shockingly low 47.4 per cent, down nearly 30 percentage points from the 2014 referendum figure (which, to be clear, was also the lowest in Scotland at 75 per cent).

The incredible wave of engagement which swept Scotland two years ago has broken. We are, in terms of electoral participation, pretty much back where we started.

But even that doesn’t tell the whole story. Only three Glasgow constituencies saw more than half of the electorate cast their votes: Anniesland and Cathcart only just managed to achieve this (with turnouts of 50.1 per cent and 50.3 per cent respectively), making Rutherglen, with a turnout of just 54.3 per cent, the most democratically active part of the city.

The figures are particularly stark when compared to some of the constituencies which border Glasgow: in Strathkelvin and Bearsden (which covers much of East Dunbartonshire) the turnout figure was 62.6 per cent; in affluent Eastwood – the constituency won by Conservative Jackson Carlaw – it reached 68.3 per cent.

No doubt there were a range of factors at play driving this disparity, but it would be ridiculous to ignore the most obvious dividing line: money. As the Joseph Rowntree Foundation pointed out last year: "The poorer you are, the less likely you are to vote."

When asked recently about his campaign defeats, Bernie Sanders expressed a particularly inconvenient truth: poor people don’t vote. "If we got a voter turnout of 75 per cent,” he said, "this country would be radically transformed." He was right, but his statement would be just as true if it had been delivered from the steps of Bute House or, even more appropriately, the Buchanan Galleries.

In 2014 low-income voters did go to the polls – though still in lower numbers than their more affluent compatriots – with most of them backing independence. And then nothing changed.

The fact is that declining turnout is a serious problem, and it is one we must address.

It is generally assumed that low-income groups are the natural constituency of socialists organisations but, as Jamie Maxwell has already pointed out, in Scotland it could well be the SNP which reaps the greatest benefit from increased voter turnout in poor areas: "If the SNP galvanises more of its base (left leaning, low income Scots) to vote in 2020 & 2021, Scotland might be very far from 'peak SNP'."

Conversely, however, these voter demographics illuminate the scale of the challenge for the nationalists. In 2014 it was the prospect – whether real or imagined – of radical change, and a better country, that encouraged three quarters of Glaswegians to cast a ballot (in many cases for the first time); if the SNP is to energise the thousands of alienated, low-income voters across the country, and especially those in our largest city, they will have to offer a lot more than managerial competence and centre-ground, big-tent politics.

Of course, the pursuit of genuinely redistributive politics would represent a major gamble for the SNP, which would have to hope that it could gain more votes from increased turnout than it would lose from, for example, backing tax increases for its more affluent supporters.

With this backdrop it is easy to understand Nicola Sturgeon’s perpetually cautious approach to politics – viewed through the sole prism of SNP electoral success, it is an obviously effective strategy.

But, and it’s a big but, the re-establishment of working class alienation from the democratic process presents a long-term risk not just to the SNP, but to independence itself.

In 2014 low-income voters did go to the polls – though still in lower numbers than their more affluent compatriots – with most of them backing independence. And then nothing changed.

Scotland did not become an independent country and despite an SNP landslide the following year – a victory delivered by working class voters – the lives of people in areas like Pollock and Blackhill are much the same as they were before.

If there is to be a second independence referendum – and if there is to be any expectation of victory for the Yes campaign – then the votes of low-income Scots will be vital. It is arrogant in the extreme to simply assume that they will once again rush to the polling stations to back independence, especially if the intervening years are characterised by a reassertion of the non-voting status quo.

Over the coming summer (and, one assumes, for a significant period beyond that) the SNP is to launch a new drive for independence. Leaving aside the obvious flaws in a party-political campaign for constitutional change, it is worth remembering that winning over 5-10 per cent of No voters will be a hollow victory if we lose an equivalent percentage of those who are low-paid and, all too often, unheard.

It will also make independence impossible.