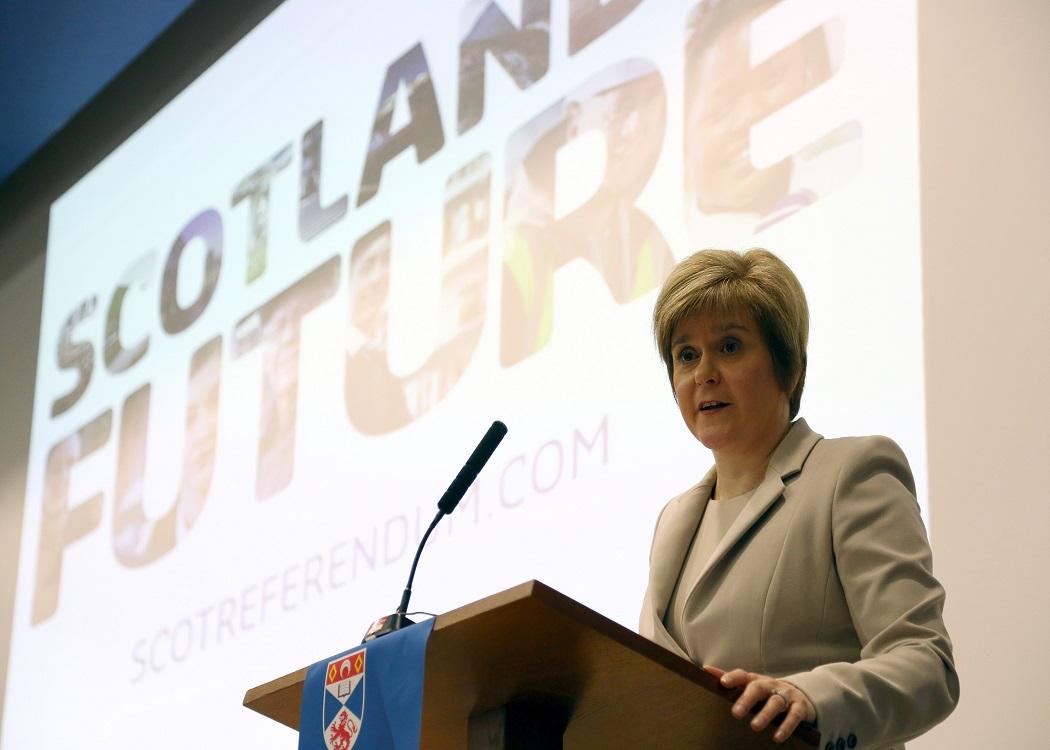 LET’S be absolutely, unequivocally clear right from the off: the imposition of national tests in Scottish schools will do nothing whatsoever to ‘reduce the attainment gap’ or improve the quality of Scottish education as a whole; instead, this move is a clear sign that the SNP has decided to abandon the Curriculum for Excellence (CfE) and return to a failed policy of standardised assessments.

One of the central pillars of CfE is that the professional judgement of classroom teachers allied to ongoing formative assessment techniques is a far more accurate and effective tool to enable both the assessment and development of students.

That principle, part a system built over more than a decade of broad consensus, has now been unilaterally swept away by a first minister who may well have set Scottish education back by a generation. Progress this is not.

It’s simple: either Nicola Sturgeon believes that teachers’ professional judgement to make assessment decisions can be trusted or she does not. Imposing national testing makes it abundantly clear that she has settled on the latter.

Regardless of the government’s desperate, waffling claims the introduction of national standardised testing of our children is simply not compatible with support for the principles underpinning Curriculum for Excellence.

It’s simple: either Nicola Sturgeon believes that teachers’ professional judgement to make assessment decisions can be trusted or she does not. Imposing national testing makes it abundantly clear that she has settled on the latter.

These tests will do nothing whatsoever to combat educational inequality or narrow the attainment gap, nor will they provide any useful data to aid these endeavours.

What will we really learn from this? That schools in affluent areas achieve better results than those serving areas of poverty and deprivation? That children whose parents can afford tutors, or who come from more stable family environments, will do better than those without such advantages?

If government ministers need to create a new system of bureaucracy to learn what we already know then they should be seriously considering whether returning for another term at Holyrood is in the interests of the people they are supposed to represent.

What these national tests will do is lead, inevitably and inexorably, to the development of a culture which encourages, and in the end demands, ever-increasing ‘teaching to the test’.

With the data generated by these tests in the public domain there is absolutely no doubt that the press will compile and publish league tables detailing the performance of Scotland’s schools in comparison to one another.

A range of Scottish educators referred to the imposition of national testing as “exasperating”, “depressing”, “misguided”, “short-sighted”, “regressive”, “insulting” and “a betrayal”.

With that, the decline will begin: schools, departments and individual teachers will find themselves under pressure to improve their pupils’ standardised test scores rather than the quality of the education that they deliver, while preening politicians and clueless commentators will wrongly argue that those two things are one and the same.

Parasitic ‘educational publishers’ and private tutoring businesses will see their profit margins boosted, and, all the while, Scotland’s children will be badly let down as we fail, once again, to make any progress in tackling the deep-seated educational inequality which shames one of the richest nations in the world.

Eventually, as the desperation kicks in and ministers attempt to defend the indefensible, much will no doubt be made of claims that the information generated by standardised tests is important for parents – unfortunately for the SNP even the Scottish Parent Teacher Council has been explicitly critical of the party’s plans.

When asked for their position on this change they pointed out that “testing does not raise attainment” and that, while there are issues with some of the language used in the reporting of pupil progress, “parents are generally not keen on national testing”.

Like many others they have also raised concerns about “teaching to the test” and comparisons between different schools. In closing their statement, they made clear their concern that the impact of this change could, in the end, “be negative”.

Education professionals – another group that the government claims requires the worthless data that national tests will generate – have been even more critical.

Writing on his own blog George Gilchrist, a widely-respected headteacher and fellow of the Scottish College for Educational Leadership, described the proposed changes as a “definite step backwards politically and educationally” while a range of Scottish educators referred to the imposition of national testing as “exasperating”, “depressing”, “misguided”, “short-sighted”, “regressive”, “insulting” and “a betrayal”.

One teacher – speaking anonymously – went even further: “For 10 years we have been working towards lessening the burden of assessment in the ‘controlled’ sense. The idea of introducing more assessments is lunacy, especially in S3. Nicola, FFS, away and think again.”

The first minister has used her ‘State of the Nation’ address to cave in to the demands of Scottish Conservative leader Ruth Davidson.

Sturgeon may claim that these tests will provide vital evidence to help teachers judge the progress of their pupils, but in doing so she demonstrates nothing but her ignorance of formative assessment and classroom pedagogy.

Of course, all is not rosy in Scotland’s educational garden, and Curriculum for Excellence has not yet lived up to expectations, but this is not because of a lack of centralised meddling in the work of the teaching profession.

No, the real reasons for the persistent lack of major progress has been the lack of courage from those at the top of the pyramid, the overbearing bureaucracy imposed on schools at every stage of CfE’s implementation and the complete refusal of the ‘powers that be’ to truly trust the only people who were ever going to be able to make it work – teachers.

Yes, it is concerning that so many local authorities are buying in expensive, generic and ultimately unnecessary standardised assessments from English universities but this, like the return to national testing itself, is a symptom of an ongoing lack of faith in the teaching profession from those in positions of authority – it is absolutely not a reason to abandon the entire CfE project and cower behind the mythical power of standardised assessment.

What we now know with absolute certainty is that the SNP will never have the courage to pursue the sort of genuinely radical educational reform that Scotland really needs.

Instead, the first minister has used her ‘State of the Nation’ address to cave in to the demands of Scottish Conservative leader Ruth Davidson. Those who work so hard to paint the SNP as a ‘progressive’ party will surely have a hard time defending their party’s apparent backing for Tory education policy.

Giving Curriculum for Excellence the time and space to succeed was always going to be asking a lot of Scotland’s politicians, who have now proven beyond doubt that their primary concern is the generation of easily-digested data which can be used to head-off political criticism.

Those who work so hard to paint the SNP as a ‘progressive’ party will surely have a hard time defending their party’s apparent backing for Tory education policy.

Make no mistake: this is a decision which puts politics before pedagogy and politicians before pupils. If standardised testing worked then it would have worked the last time it was used – it didn’t, it doesn’t and it won’t.

It really is as simple as that.

Nicola, you are about to implement a policy which will mean that, a generation from now, educational inequality will still be entrenched in Scotland, Curriculum for Excellence will have been destroyed and Scotland will have followed England down a blind alley of Tory-driven education policies.

Please, for the sake of Scotland’s children, think again.