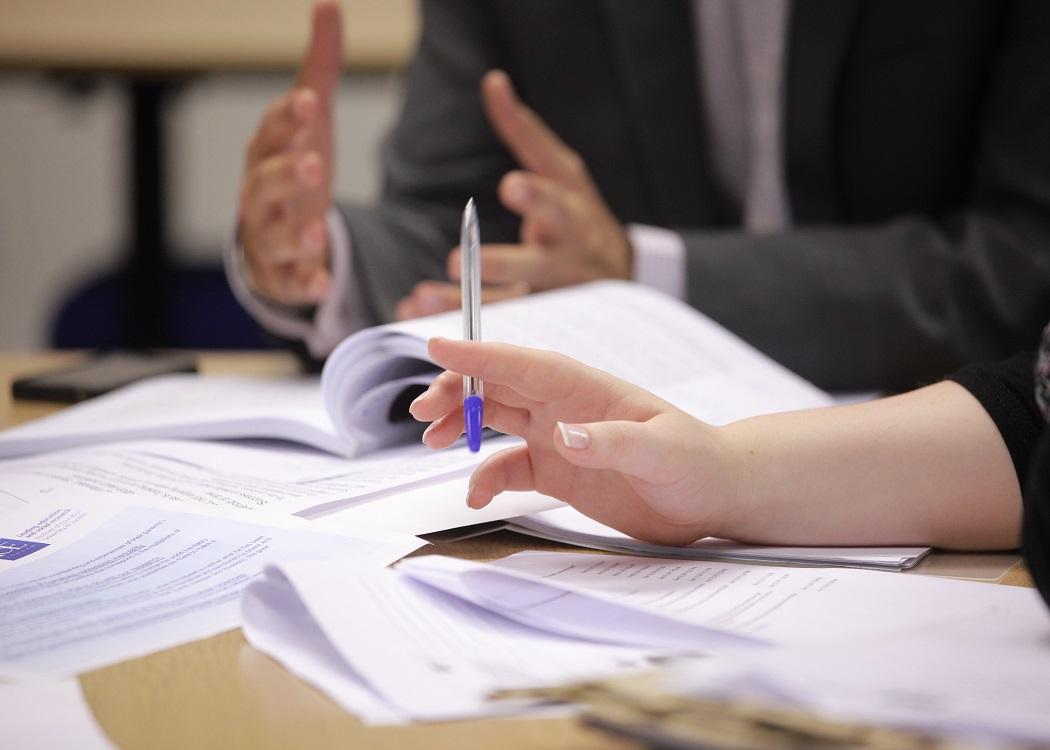 SO the results are in: data from the Scottish Survey of Literacy and Numeracy (SSLN) [Click here to read more] shows a decline in literacy standards among pupils in Scotland. Cue the usual hand-wringing, vague promises and political point scoring that we should all have come to expect by now.

Nevermind the fact that a two per cent drop in a new assessment could easily be explained by assessment judgements settling (as those involved become more comfortable with the standards), or that a single change in any set of statistics does not represent a pattern – no, these results show that our education system is on the brink of collapse, with our children being failed on a daily basis.

All of this must be very persuasive to journalists and politicians, neither of whom – as a rule – have any actual experience or knowledge of the education system beyond their own (distant) school days. The problem is that such hyperbolic rhetoric makes genuine progress more difficult by dragging the debate into a quagmire of petty finger-pointing and misguided, rose-tinted nostalgia.

Teachers have complained, correctly, that a system designed to reduce onerous and unnecessary assessment and paperwork has in actual fact ended up increasing both.

Unsurprisingly the current furore revolves around the philosophy and implementation of Curriculum for Excellence (CfE) and, specifically, the new National Qualifications by which it, and our children, will inevitably be judged.

There have certainly been serious issues with the introduction of CfE. Teachers have complained, correctly, that a system designed to reduce onerous and unnecessary assessment and paperwork has in actual fact ended up increasing both; this is both a problem with the design of the courses themselves (many now include more internal assessments than their predecessors) and the management of their implementation (schools and local authorities have certainly been guilty of an obsessively ‘belt-and-braces’ approach as they grapple with new requirements).

The SQA’s decision to release only a single specimen examination paper for each new course – defended as a means of avoiding ‘teaching to the test’ while actually encouraging that very thing – was also a serious error which sadly reinforced income-based educational inequality (more on which later).

The government, the SQA and Education Scotland must recognise that the refusal to address – or even accept – these and other failings is extremely damaging for everyone and is one of the real reasons that our education system is, according to Nicola Sturgeon, not good enough.

But the road to hell is paved with false dichotomies, and it is important to recognise that many aspects of CfE are extremely positive. Handing teachers the freedom to create their own internal assessments means that all aspects of teaching can be made relevant to the broader course being studied, making it far easier to stretch students beyond the basic requirements of any prescribed course material.

In theory – and if teachers are trusted to do so – this approach also allows ongoing, holistic assessment as opposed to the artificial, hoop-jumping approach of the past, resulting in far more accurate judgements being made about the capabilities of our young people.

The official recognition that few – if any – disciplines can be regarded as existing within subject-specific bubbles is also important as the expansion of inter-disciplinary and cross-curricular work could have wide-reaching benefits, helping pupils to actually use their knowledge and skills in much more relevant ways than are possible under the constraints of the traditional model.

A great deal of the criticism of Curriculum for Excellence is simply wrong and far too much of it is driven by ideologically entrenched – but pedagogically bankrupt – assumptions.

Yes, there are practical issues preventing the full potential of these changes from being realised – specifically the question of diminishing resources, including teachers’ time – but the principles upon which they rest are sound.

To be frank, a great deal of the criticism of Curriculum for Excellence is simply wrong and far too much of it is driven by ideologically entrenched – but pedagogically bankrupt – assumptions.

Witness, for example, Scottish Conservative leader Ruth Davidson calling for a return to standardised tests in primary schools, claiming that their absence means that “until your child is 14 years old you have no clear idea how good their education is in comparison to the rest of the country”.

This intrinsically reductive system, where we measure “which schools are leading the way” through a league table of shaky but media-friendly data, will do nothing to genuinely improve the educational experiences of Scotland’s children.

Too often an issue which should transcend tribal dividing lines is used as merely another battlefield in the ongoing war of party politics and national egos. For this reason radical change is never really on the agenda, and radical improvement remains out of reach.

The elephant in the room is that a huge cultural shift is required to even give us a chance of addressing the real roadblocks to excellence within the Scottish education system. There is a long list of issues to be addressed, but three are particularly pressing.

Firstly, the ‘traditional’ model of annual examination is so fundamentally flawed that its continued survival is utterly mind-boggling. If the basic ‘assembly-hall exam’ were a biological entity it would have become extinct decades ago due to its stubborn refusal to evolve to meet the needs of the new environment within which our society now exists.

Too often an issue which should transcend tribal dividing lines is used as merely another battlefield in the ongoing war of party politics and national egos.

The notion that ongoing standardised examinations are a reliable or rigorous means of assessing the knowledge, understanding, skills and capabilities of students is a dangerous fantasy which convinces people that a woodsman’s axe is really a surgeon’s scalpel.

It is too easy for good students to be written off, for poor students to succeed, and for talented and dedicated teachers to be reduced to cogs in the machinery of an exam factory. Alternative approaches, such as Finland’s ambitious and thoroughly challenging Matriculation Examination (click here to read more), offer a radically different alternative which could provide a useful starting point for the debate about a new Scottish approach to formal assessment and qualifications.

Secondly, the accountability culture which has taken control of Scotland’s schools is shackling the very people capable of delivering real change: the teachers.

Ever-increasing burdens of paperwork, tracking and monitoring, predictions, verification, evaluations and reporting take up an unacceptable amount of time which would be better spent with teachers focusing on improvement of their courses, their materials and themselves as educational professionals.

Annual demands for school, department and individual improvement plans, or pressure to focus on teaching approaches which are always auditable, are part of the problem, not the solution.

The more teachers are constrained by hierarchical demands for ever-increasing amounts of spreadsheet-friendly data the harder it is for them to offer a truly excellent education where pupils experience more than a grudging march to the centre ground of ambition.

The fact that really trusting teachers would be seen as such a radical departure from the status quo in this country shows just how serious our problems are.

The more teachers are constrained by hierarchical demands for ever-increasing amounts of spreadsheet-friendly data the harder it is for them to offer a truly excellent education.

Finally, the scourge of income-based educational inequality must be challenged head-on. Far too often the quality of your education in Scotland is directly related to your ability to pay.

Yes, we have a system of universal primary and secondary education, and Scottish students do not pay university tuition fees, but the ability of your parents to pay a mortgage or rent on a property in the right area will have a massive impact on your educational experiences.

On top of this there are other, less obvious but just as damaging, problems. For just one example, look at ‘education publishers’ such as Hodder Gibson or Leckie & Leckie, shamelessly flogging material to students which should be free and, as a consequence, reinforcing the financial inequality at the heart of Scottish education.

‘How to Pass’ guides for Higher courses cost PS10-12 per book and ‘model papers’ cost PS9 per book. Assuming a student is attempting five Highers this adds up to approximately PS100 per student (costs for National 5, where students generally study between six and eight subjects, would be even higher).

For many people this is an inconsequential amount of money, but for those already battling poverty, or living in the areas hit hardest by first de-industrialisation and now austerity economics, it is anything but.

The sort of material being sold by these companies should be free for all students regardless of background, and there is frankly no good reason for private businesses to be profiting from literature which is written by publicly-employed teachers in the first place.

That such a situation is acceptable is utterly entrenched within the educational establishment. In 2013, with teachers growing increasingly anxious about the implementation of the National 5 qualifications, then education secretary Mike Russell used his keynote speech at the Scottish Learning Festival to pledge an additional PS1m in funding “to help secondaries supplement existing learning resources”.

There is frankly no good reason for private businesses to be profiting from literature which is written by publicly-employed teachers in the first place.

This might have looked good in the papers, but in reality it was little more than a seven-figure public subsidy for companies whose entire business model hinges upon the exploitation of Scotland’s fundamental educational inequalities.

This sort of problem is replicated in areas such as private tuition which, at around PS25 per hour, gives a massive advantage to children from affluent backgrounds.

That poorer families cannot afford additional one-to-one teaching is not difficult to comprehend, but what is often missed is that the whole structure of our education system and approach to assessment magnifies the advantage and further entrenches inequality.

No, you can’t ban the publication of educational material or the provision of tutoring services, but you certainly can design a system where access to these things does not automatically produce the enormous advantages currently enjoyed by well-off pupils.

So don’t be fooled by newspaper headlines or the weekly back-and-forth of First Minister’s Questions – the biggest problem with Scottish education is not CfE but the stubborn refusal to engage in a genuinely radical debate about building a better future.

Look at the big signposts and you can see how little has changed even among the apparent upheaval of the last 10 years: the overall structure of primary and secondary school remains stubbornly in place; children are still physically segregated along sectarian lines; high school students continue to work in bizarre 45-60 minute blocks within individual subjects; and, at the end of it all, an annual diet of deeply flawed examinations is still used to provide data by which our young people can be clumsily evaluated.

For too long we have tinkered around the edges of the system and called it revolution while allowing vested interests to hold back not just thousands of children, but our nation as a whole.

Politicians are always keen to talk about building an education system which can, in the words of Angela Constance, “provide excellence to every child, irrespective of their background or circumstances”; they like to insist that “nothing is off the table”. (Click here to read more).

The truth is that for too long we have tinkered around the edges of the system and called it revolution (or Curriculum for Excellence) while allowing the vested interests of the individuals and organisations who make up Scotland’s education establishment to hold back not just thousands of children, but our nation as a whole.

The time has come to face up to reality: radical improvement to Scottish education demands radical changes to its structures. The conversation which could deliver this must start now.