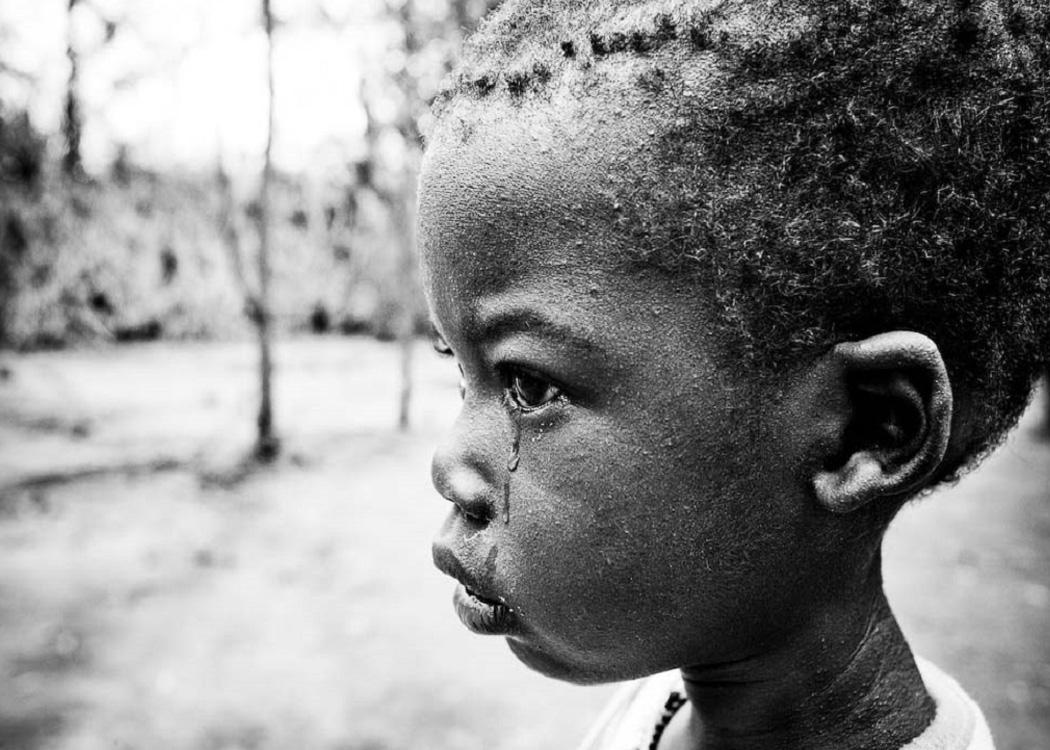 ON Monday Amnesty International offered its contribution to Refugee Week by publishing a scathing report entitled ‘The Global Refugee Crisis: a conspiracy of neglect’.

The entire document (click here to read it) is a searing indictment of the response to the “growing refugee crisis”, with 35 pages laying bare the abject failure of the so-called international community.

The report outlines, in devastating detail, the scale of suffering being experienced by human beings across the world, but perhaps the most shocking point is made in the opening lines of the executive summary: the number of people ‘forcibly displaced from their homes’ has, for the first time since the Second World War, risen to more than 50 million people.

Across Africa, the Middle East and south-east Asia millions of men, women and children endure daily suffering which, to us, is utterly unimaginable.

To put that figure into some sort of context it is higher than the populations of Scotland, Ireland, Wales, Northern Ireland, Finland, Norway, Sweden, Denmark, Iceland, Estonia, Latvia and Lithuania combined.

There are more refugees in the world than there are people living in Spain, Argentina or Canada. Of the nearly 200 countries on earth only 26 have more residents than the number of people that Amnesty International argues have ‘been abandoned to an unbearable existence’.

Across Africa, the Middle East and south-east Asia millions of men, women and children endure daily suffering which, to us, is utterly unimaginable.

In the Andaman Sea Rohingya Muslims make a desperate attempt to escape persecution in Burma. Their journey, which includes prison camps, forced marches, beatings and weeks crammed into boats with minimal supplies was briefly highlighted several weeks ago; in truth, the Rohingya’s plight has been common knowledge for many years.

In the Middle East half of Syria’s population is currently to be found in refugee camps, having fled first the forces of President Assad and now the death, torture and sexual slavery meted out by Islamic State militants.

Last year the United Nations High Commission for Refugees assisted half a million internally displaced persons in Iraq, while the United Nations Relief and Works Agency recognises the rights of around five million Palestinian refugees – denied the right to return to Palestine by the West’s main ally in the region – to access its services.

In sub-Saharan Africa the Dadaab refugee camp is currently home to 350,000 people (more than the total population of North Lanarkshire), with around 3.4 million refugees in the region as a whole.

In sub-Saharan Africa the Dadaab refugee camp is currently home to 350,000 people – more than the total population of North Lanarkshire.

Conflicts in Somalia, South Sudan and the Central African Republic have ensured the continuation of what may be the longest-standing refugee crisis in the world.

Meanwhile, on the continent’s Mediterranean shores, human traffickers exploit thousands upon thousands of people so desperate that they are willing to undertake a voyage which they know will possibly be their last.

So far this year almost two thousand have drowned trying to reach Europe and, despite the eventual reintroduction of the ‘search and rescue’ campaign which includes the HMS Bulwark (at least for now), it should never be forgotten that innocent human beings were initially to be abandoned because Europe’s political leaders calculated that they were of more value dead than alive.

In a world with 24-hour news services and ever-expanding social-media platforms it is a wonder that any of us sleep at night.

And yet sleep we do.

Of course we are affected – to varying degrees – by the snapshots of agony which appear on our television screens: we mumble that our leaders should be ashamed of themselves as we eat dinner; our ‘eyeballs prick with tears between bath and pre-lunch beers’; we might even donate a few pounds a month to Oxfam or hand over an annual tenner to Children in Need.

But still we sleep – soundly, every night, safe in the knowledge that our birth certificates are also winning lottery tickets.

But we know all of this. We know about the terrible events happening in the world. We have seen the photographs and the videos; we have watched the news reports; we have read the adverts for Unicef and MSF appeals. How, then, are we able to detach ourselves so completely from the unspeakable suffering of fellow human beings?

In a world with 24-hour news services and ever-expanding social-media platforms it is a wonder that any of us sleep at night. And yet sleep we do.

On the one hand such detachment is absolutely necessary – we simply could not function if we were to be emotionally affected by every single unnecessary death, and it is entirely reasonable that the loss of someone close to us has a far greater impact than the end of a stranger’s life – but this does not even come close to telling the whole story.

In reality, when terrible crises occur beyond the boundaries of ‘Fortress Europe’ our responses are all too often driven not by a sense of shared humanity, or a belief that we all belong to the ‘same human family’; instead, we separate ourselves from the suffering on the basis that it is not our problem. Worse still, we are able to do this because those suffering simply do not look like us.

This phenomenon is perhaps most easily understood through the overlapping prisms of the Rwandan Genocide – where up to a million people were hacked to death in full view of the international community – and the Bosnian Civil War.

As Stephen R Haynes points out in ‘Death was everywhere, even in front of the Church’, Rwanda and Bosnia were “different stories” because in the latter, despite “the difficult-to-pronounce names and the unfamiliar traditions, we were able to identify victims who ‘look like us’.”

David Livingstone Smith goes still further in his book ‘The Most Dangerous Animal: Human Nature and the Origins of War’ when he argues, correctly, that “we feel that people who resemble us are more valuable than those who do not”.

Consider this: if the sort of outrages to which we have become shockingly accustomed were affecting Europeans or North Americans would our response – both individual and collective – be different?

If the faces staring at us from our smartphone screens and newspaper pages were white would we care enough to act? If we could see ourselves in those 50 million refugees would we, as a nation, still largely turn our backs on them?

If the faces staring at us from our smartphone screens and newspaper pages were white would we care enough to act?

In the extraordinarily powerful ‘Spiritual Damage’ – a short reflective essay exploring the impact of reporting on the Rwandan Genocide – Fergal Keane makes clear why this apathy is so dangerous when he argues that “if we ignore evil we become the authors of a guilty silence”.

When faced with terrible injustices inaction becomes complicity and, by that measure, we all bear responsibility for the suffering of refugees around the world.

We are citizens of a country which has provided refuge for just 187 people fleeing a living hell in Syria, which refuses to accept a Europe-wide approach to helping those “in clear need of international protection” (click here to read more), and which, just last week, deported a Pakistani asylum-seeker who is now feared dead.

The UK – as one of the world’s wealthiest nations – should be leading the way in developing the ‘global response’ to the refugee crisis called for by Amnesty International.

Their recommendations, such as the establishment of a global refugee fund, fulfillment of resettlement needs as identified by UNHCR and, most importantly, “an absolute commitment to saving lives” should underpin the foreign policy of any compassionate nation. The UK should be throwing its full weight behind these demands, but it won’t.

Instead, politicians subtly, but persistently, encourage the electorate to blame the ongoing economic crisis on groups of poor and powerless human beings including – though not limited to – asylum seekers and refugees; newspapers boost their circulation figures with articles invoking the dehumanising language of genocide; and, according to a recent YouGov poll, nearly half of Britons believe that our country should not be “a place of refuge for people who have fled from conflict and persecution overseas”. (Click here to read more).

When faced with terrible injustices inaction becomes complicity and, by that measure, we all bear responsibility for the suffering of refugees around the world.

We could and should do so much more, but the truth is that, as a nation, we simply sit back and look on, happy to benefit from the consequences of a globalised world (we have the world’s sixth-largest economy and are also one of the top international arms dealers) but unwilling to share our privilege with those left with nothing but the hope of a better life.

The challenge for all of us lies in facing up to our collective complicity in this ongoing act of evil, particularly when our lifestyles so often directly depend upon the inequalities and conflicts which are driving so much of the horror experienced on a daily basis by innocent men, women and children across the globe.

Our ‘guilty silence’ is written by our refusal to acknowledge that the very structures of our specific society and broader world order put politics and profits before people.

Despite our occasional protestations, the actions of our government – carried out in our name, for our benefit, and ultimately with our consent – coupled with our understandable yet inexcusable apathy leaves blood on all of our hands.