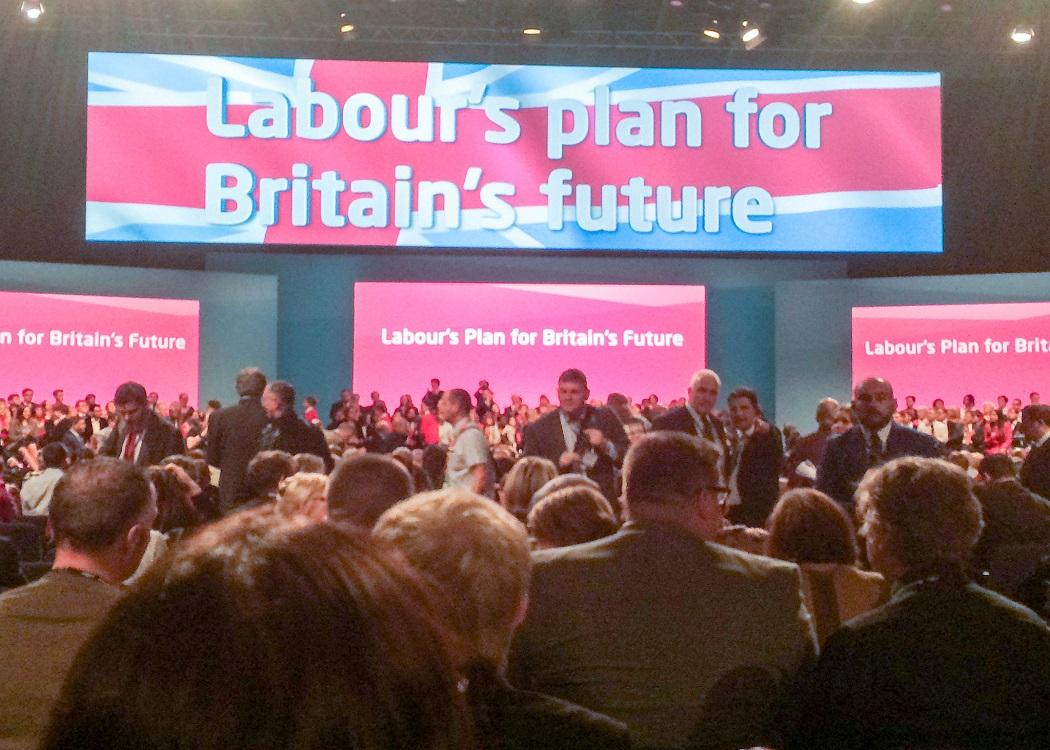 IT’S hard to imagine things getting much worse for the Scottish branch of the Labour Party – no matter what they try, poll after poll after poll still shows them being sucked ever closer to an electoral black-hole from which, it seems, there is simply no escape. The election is now just a week away and, on current projections, will see the Labour Party all but wiped out in Scotland.

It should be clear to any observer, regardless of their personal views, that Labour has completely misread the political terrain of post-indyref Scotland. In the aftermath of the No vote, the SNP has managed to harness the energy of the independence campaign in a way that few thought possible, outflanking a Labour party which won the referendum but, in the process, lost Scotland. So how did it all go so wrong?

Campaigning shoulder to shoulder with the Tories; the perception that they put the interests of the party before the good of the people; the election of a toxically divisive figure so closely associated not just with the No campaign but also with the pro-war, neo-liberal Blairism of New Labour; an astonishing arrogance which, even now, leads senior members of the party to dismiss the earthquake happening beneath their feet as merely the irrational anger of Yes-voters – in truth, all of these factors have played a part, but the rot goes back much further.

Labour became a party of power rather than principle, all oyster but no pearl, small-C conservatives believing that 1997 marked the end of history for British politics.

In many ways what we are witnessing is a reaping of the whirlwind sown from the mid-nineties and beyond the turn of the century, when Tony Blair’s New Labour swept to power on a wave of ‘Mondeo Man’ votes.

This approach was, no doubt, extremely successful, but it was always predicated on the assumption that ‘traditional’ Labour voters would remain loyal simply because they had nowhere else to go. So long as that remained the case, Labour could win elections by fighting for the ‘soft Tory’ vote in the centre ground of middle-England, while their traditional support could be comforted by the simple fact that they had kept the Tories out.

Ideology would be replaced by electability; people would become consumers; ‘light-touch’, laissez-faire financial regulation would become the order of the day; and all the while the people of Scotland could be relied upon to do as they were told because there was no viable alternative for them.

Throughout this period Labour became a party of power rather than principle, all oyster but no pearl, a small-C conservative organisation believing that 1997 marked the end of history for British politics.

Now, less than two decades later, the people of Scotland feel that they do have an alternative, and all those years of complacency have left Labour ill-equipped for the battle in which it now finds itself.

Let’s not forget that a campaign which started with bold claims of retaining every single Scottish seat, and in which the focus was to be on bringing Yes-voting Labour supporters back to the fold, has now been reduced to ludicrously desperate warnings about voters having “24 hours to stop a second referendum” (something already explicitly ruled out by Nicola Sturgeon).

Less than two decades later, the people of Scotland feel that they have an alternative, and all those years of complacency have left Labour ill-equipped for the battle in which it now finds itself.

Things have gotten to the point where you’d probably get decent odds on seeing Jim Murphy atop another Irn-Bru crate in Buchanan Street, clutching a dossier and telling anyone who’ll listen that a second referendum could be launched within 45 minutes of an SNP election victory.

Almost everything about Labour’s campaign in Scotland has been an unqualified failure not because the SNP is unbeatable, or because the Scottish electorate are irrationally clinging to the wreckage of the referendum campaign, but because there is something fundamentally wrong in the Scottish branch of the Labour party: a refusal to understand or acknowledge their own failures which borders on the sociopathic.

Labour’s demise is the fault of the SNP (because SNP BAD), or David Cameron deliberately sowing division, or a hostile media establishment, or the stupidity of the Scottish people – but it is never, and can never, be the fault of the Labour Party.

And now, with just one week to go until the election, it seems that the final nail in the coffin of Scottish Labour could be hammered into place not by Nicola Sturgeon or even Jim Murphy, but by Ed Miliband. Last night on the Question Time special the Labour leader told the country that he would allow a Conservative government to form rather than work with the SNP to stop one.

In a sickening game of political chicken, Ed Miliband has claimed that he is willing to hold a gun to the heads of Scotland’s children.

In seeking to appease the English press and seduce those all-important soft-Tory voters Miliband has told the people of Scotland that their votes will only be acceptable if they are cast for the correct party. The message is clear: sit down, shut up, vote Labour – and if you dare to do otherwise we’ll hand you over to the Conservatives.

In a sickening game of political chicken, Ed Miliband has claimed that he is willing to hold a gun to the heads of Scotland’s children.

There is, nevertheless, an apparently rational tactic driving Miliband’s behaviour. The Labour hierarchy clearly believe that if they present a Queen’s Speech to parliament then the SNP will have no choice but to vote for it, as they would otherwise be seen as facilitating a Conservative government.

In truth, they might be right: when it comes to the crunch Nicola Sturgeon may well feel that she must instruct her MPs to support a Labour government even if they do not make concessions on key issues like public spending and Trident (because the alternative – a Conservative government – is by far the greater of the two evils).

The trouble for Labour in Scotland is that even in this scenario the SNP will have been handed an outrageously strong hand. A nationalist narrative which paints the Labour party as threatening to abandon Scotland (and the rest of the UK) to five more years of David Cameron unless they get their way is already writing itself.

Labour will, of course, desperately try to paint the SNP as the real threat to a non-Tory administration, but the reality of the situation couldn’t be clearer: the SNP wants to work with Labour to stop a Conservative government; Labour would rather allow a Tory government than work with a party with a clear mandate from the people of Scotland.

If Ed Miliband really is stupid enough to threaten Scotland with a Tory axe then there will be no way back for a Labour Party which has lost not just its way, but its compass.