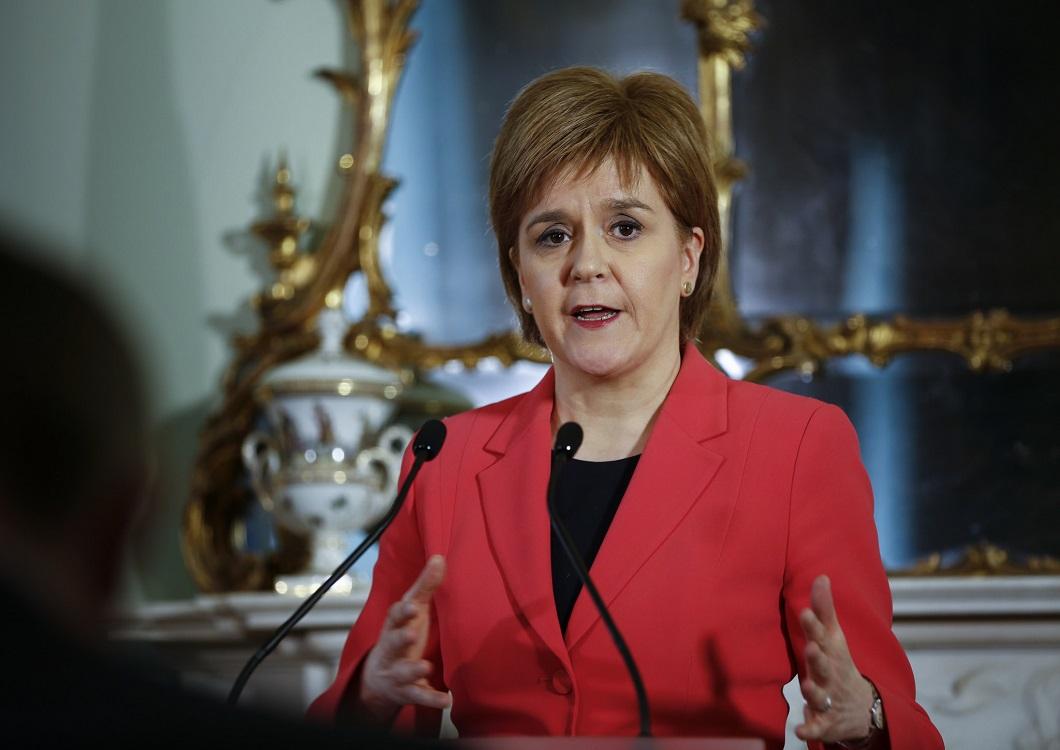 That, in black and white, is the pledge made by the SNP in its 2011 manifesto. It could not have been clearer: the council tax was to be axed and a fair alternative brought in to replace it. A freeze was not enough – it simply had to go.

Less than a month after the publication of this document the SNP had done what many thought impossible – they had won an outright majority under Scotland’s alternative member system (AMS). Having failed to deliver the local income tax that had been promised in 2007, the party finally had both the means and the mandate to make good on its pledge, develop a real alternative and ‘put this to the people’.

The government will not ‘replace’ the council tax, it will tinker with it, increasing the tax burden on the top four bands but retaining the existing model.

But the first minister has now announced that she intends to renege on her party’s promise and that council tax will, in fact, remain in place.

The government will not ‘replace’ the council tax, it will tinker with it , increasing the tax burden on the top four bands but retaining the existing model. Nor will the government’s proposals suddenly transform the council tax into one “based on ability to pay” – it will, in fact, continue to be determined by how much your home was worth a quarter of a century ago.

As Common Weal has already pointed out , this policy “hardly makes a dent into the basic regressivity of the council tax which was built in from the start”.

In fact, the only part of the manifesto pledge which has been kept is the commitment to “consult with others”. That consultation was manifested in the Commission on Local Tax Reform (CLTR) which, in a report published in December last year, described council tax as “discredited” and said, unequivocally, that the “council tax system must end”.

Of course the SNP didn’t need to wait for the commission to provide this information: in 2007, its own manifesto described the council tax as “unfair”, promising to replace it with a 3p local income tax. At that time Nicola Sturgeon argued that the “hated council tax is totally unfair and any tinkering with bands would not make the system any fairer but would require a damaging revaluation”; by 2010 she was describing it as “fundamentally regressive and unfair” .

So back when it was ‘Labour’s council tax’ the system was irredeemably broken and unreformable; now that it is the SNP’s council tax (and make no mistake, as of now that is precisely what it is) we should be content with a few tweaks and some rhetorical sleight of hand.

So back when it was ‘Labour’s council tax’ the system was irredeemably broken and unreformable; now that it is the SNP’s council tax we should be content with a few tweaks and some rhetorical sleight of hand.

But of course we shouldn’t. Council tax is poorly-designed, out-of-date and, at the end of the day, an unacceptably regressive form of taxation. Freezing the nations’ bills hasn’t changed any of that, nor will raising the upper rates.

Ultimately, the CLTR has been ignored (with Andy Wightman – a prominent member of the group – complaining that those involved had “wasted the vast amount of time” they spent on the project) and a winning manifesto discarded by a party which has demonstrated an extraordinary lack of ambition.

Despite having formed the first single-party majority government in Holyrood’s history, enjoying scarcely-believable levels of support and seeing both Labour and the Tories concede electoral defeat before Easter, this government has refused to honour a clear manifesto commitment – it’s just that simple.

It hasn’t been blocked by ‘unionist’ parties, overtaken by circumstances outwith its control or held back by a Tory government in Westminster. This time there is no-one else to blame – Nicola Sturgeon has simply made a choice, and it is the wrong one.

This whole episode should serve as a warning to everyone: this is what happens when a party – any party – enjoys such high levels of unflinching support. The fact that the SNP has been, continues to be and will rightly remain the largest political bloc in the independence movement, does not make it immune from the normal laws of politics, nor should it grant it a free pass when its actions fall so far short of its own promises.

Ultimately, the CLTR has been ignored and a winning manifesto discarded by a party which has demonstrated an extraordinary lack of ambition.

Too many people have been desperate to believe that zealously backing this government would not only deliver independence (it won’t) but also provide the freedom for the party to implement radical – and desperately needed – changes in our country. The truth is, quite unsurprisingly, rather different: guaranteed support doesn’t make a politician or a party radical, it makes it arrogant, complacent and, in the end, small-c conservative.

On the one hand confident that supporters have nowhere else to go, and on the other fearful of pushing voters out of their huge tent, the SNP is being gradually crippled by a terrified, centre-ground statis.

The decision to maintain the council tax has, in the entirely accurate view of the Financial Times, reinforced the party’s “reputation for caution” at a time when what Scotland needs is real change.

Our nation is crying out for radical action and the determination to truly transform our society – it is becoming increasingly clear that this government cannot provide that alone.