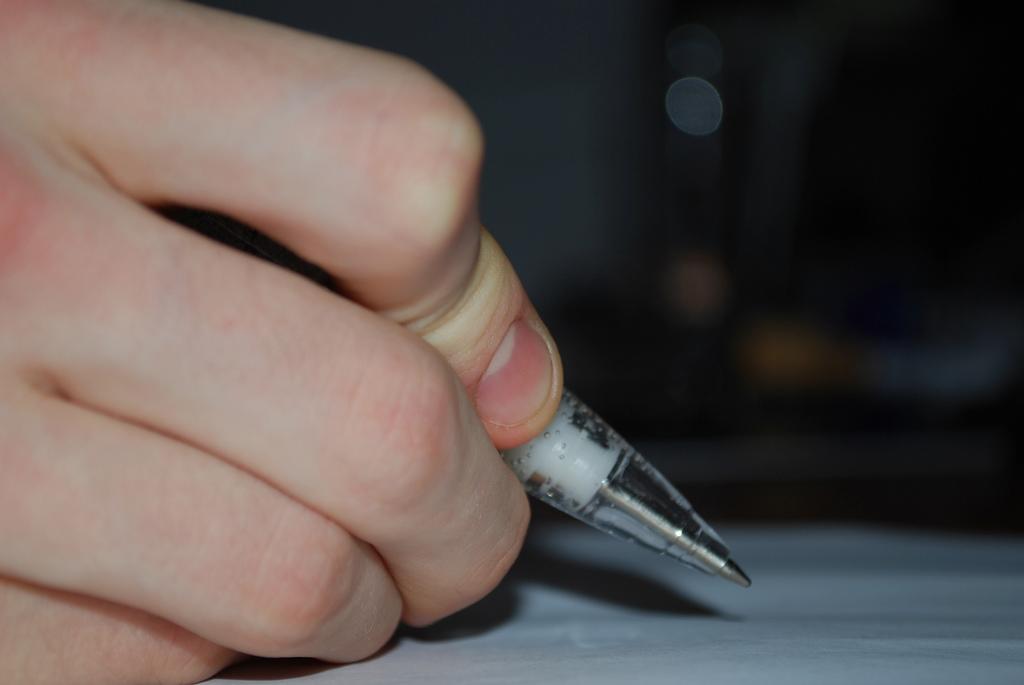 For thousands of Scottish teenagers, today will feel like the single most important day of their lives, the culmination of years of work (or lack of it) and the critical step on their journey to becoming who and what they want to be. It is, of course, exam results day

BY NOW many will already know their grades. For some, this information will have sparked frenzied celebrations as university and college places are confirmed; others will only now be planning their next steps; and some, sadly, will have found that their preferred courses or jobs are, at least for now, out of reach.

What is also all but certain is the impending slew of articles, blog posts and online comments opining on value of modern qualifications and decrying the supposed decline in standards, which now besets our education system (it was all better in their day, you understand). Unsurprisingly, this endlessly-recycled derision is of no real value either to the debate or to the individuals involved, particularly when those criticising the achievements of our current crop of school-leavers so often do little more than prove that Orwell was correct: “each generation imagines itself to be more intelligent than the one that went before it, and wiser than the one that comes after.”

The true failure is that our methods haven’t changed anywhere near enough to reflect the demands of the world in which we now live and the needs of the youngsters taking their first steps into it.

That’s not to say that there aren’t problems, it’s just that the real elephant in the classroom is the one that very few are willing to see, let alone confront. The trouble with our approach to examination and certification is not that it has changed too much from the supposed golden era – which, depending upon who you speak to occurred anywhere between twenty and sixty years ago. The true failure is that our methods haven’t changed anywhere near enough to reflect the demands of the world in which we now live and the needs of the youngsters taking their first steps into it.

For all the policy papers, school newsletters and newspaper column inches dedicated to the supposedly radical reimagining of education that is Curriculum for Excellence (CfE), the fact is that nothing much has really changed. To all intents and purposes, today is exactly the same as it was last year, and the year before that, and the year before that. As I have previously argued, CfE has become an example of tinkering around the edges and calling it revolution. Worse still, it has likely locked us into at least another decade of doing the same things while expecting different results.

The sad truth is that we cling desperately to our current system not because it represents ‘excellence’, but because it is easier for politicians, officials, schools and teachers to tread water as they maintain the status quo. The uncomfortable, inescapable, critical reality is that our children deserve better.

These sorts of claims are often summarily dismissed as the demented and destructive cries of ‘educational progressives’ but, in truth, it shouldn’t really matter which side of the divide you sit on. If you believe that the purpose of education is to instil a “lifelong love of learning” then narrow, coachable exams should be abolished because they reduce the educational experience to little more than a grinding series of hoop jumping spot-checks. If, on the other hand, you see education as the means by which we prepare young people for “the world of work” then the current approach to certification should be equally unacceptable – what employer would accept an excellent performance on one day of the year to the potential exclusion of the everything else?

The stock defence of the ‘traditional’ exam is that it provides an accurate snapshot of a pupil’s ability – this is simply untrue. Exams as we know them are an extraordinarily effective means of measuring one thing and one thing only: the ability to sit exams.

As things stand it is far too easy for excellent students to be unfairly written-off – a pupil could score 100% in every single task and formative assessment throughout the year, proving their excellence again and again, only for it all to count for nothing after a single poor performance on the day of the final exam. Conversely, our present approach allows pupils who are weak, lacking in commitment or even downright disruptive to coast through an entire school year yet still end up ‘succeeding’ simply because they are good at high-pressure examinations (I should know – it’s how I got an A for Higher French).

What we need is to move beyond the end-of-year, all-or-nothing approach to the examination of our school pupils.

What we really need is an approach to assessment which demonstrates the ability not just to recall information, or recommended response structures, but also to think both methodically and creatively, to analyse, to evaluate effectiveness, to consider alternatives, to judge reliability and bias and, in the end, to use all of this to construct arguments, solve problems and present information, both in writing and orally.

We also need a system which not only recognises consistency and progress, but which demands it; where a candidate’s performance on one day can not undo month of excellent work or, on the other hand, mask a lack of effort, dedication and true ability. What we need is to move beyond the end-of-year, all-or-nothing approach to the examination of our school pupils.

There are alternatives. Finland’s much praised, and gloriously challenging, matriculation exam is one example of a different way of thinking about assessment, but the building blocks of another exists right here in Scotland. While almost all of the nation’s attention has been focused on the National 5 and New Higher courses, the National 4 has been introduced to replace the old Foundation and General levels of Standard Grade. This course has no final exam, depending instead on on-going assessment and a final, cumulative piece of work (the Added Value Unit or AVU) intended to challenge students and allow them to demonstrate their progress and overall abilities.

It is far from perfect – the AVU, in particular, is too regimented and restrictive, while our seemingly unbreakable, almost pathological obsession with end-of-year exams has led to claims that that the National 4 is worthless – but it has enormous potential and could, at the very least, be a welcome first step towards a much broader debate about the direction of our education system.

We absolutely can do better, but so long as we refuse to countenance an improvement on the exam-hall style of assessment we will forever be seeking progress by chasing our own tails. It’s time to break the cycle.