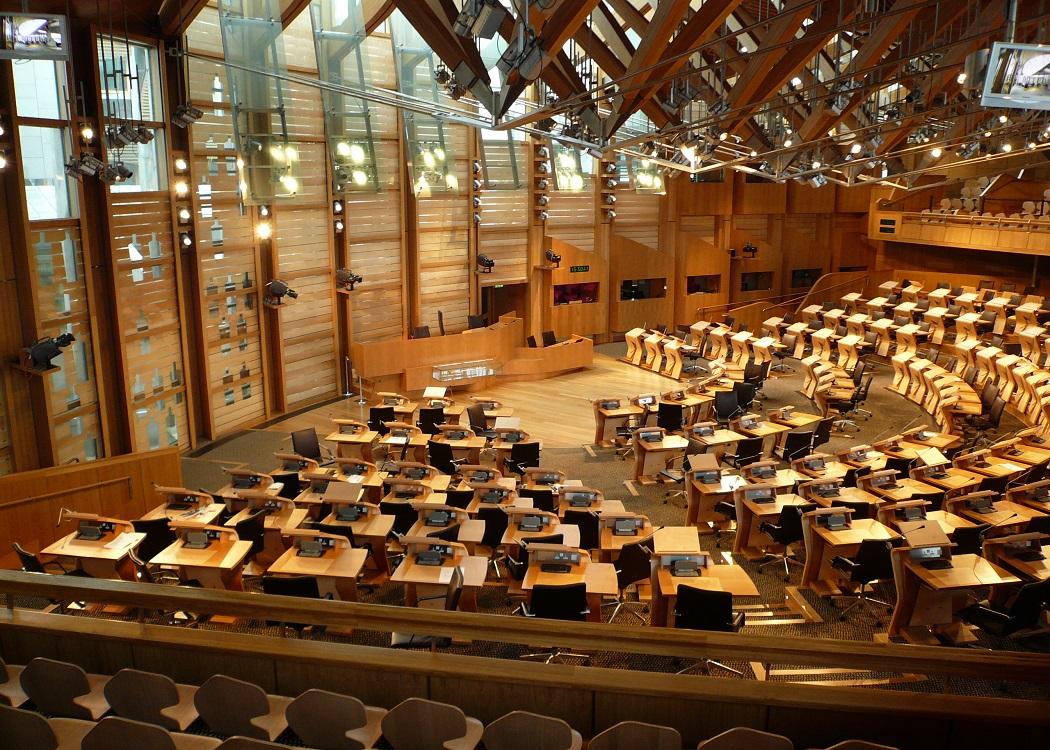 SO the SNP is, it seems, utterly unstoppable.

Despite having been in government for eight years, the ongoing issues around education, health and policing and a close but clear defeat in the 2014 independence referendum, the Scottish National Party is now polling at a scarcely believable 62 per cent in the constituency vote for next year’s Holyrood elections.

The scale of its dominance really cannot be overstated: Nicola Sturgeon’s party is currently on course to win a massive majority within an additional member electoral system designed to reduce the chances of them occurring at all, and even if the SNP voluntarily surrendered as many seats as are currently held by the Lib Dems, Greens and Independents combined it would still be able to form a government next year.

Fraser Stewart has already explored what this means for the SNP , but there is another question which is at least as important: what about the opposition?

Contestant number one is a battered and bruised Scottish Labour Party which has taken such an almighty beating that it is likely to need years of rehabilitation before it can walk (never mind fight) again.

Of course, it goes without saying that the SNP is under no obligation to assist its political opponents or ensure a balanced, multi-party democracy – it is a political party, and its objective is to gain as much power as possible and whatever dominance it achieves is merely a reflection of the will of the Scottish people.

It is up to the other parties to offer voters an alternative and, in truth, to convince people that a genuine opposition to the SNP is both possible and desirable.

Contestant number one is a battered and bruised Scottish Labour Party which has taken such an almighty beating that it is likely to need years of rehabilitation before it can walk (never mind fight) again.

Labour’s decline – rooted in widespread complacency, the perceived abandonment of its ‘core voters’ and, of course, the disastrous decision to join the Better Together campaign vehicle – has been an extraordinary spectacle and there is no sign that the party which once dominated Scottish politics has any idea how to save itself from obsolescence (or extinction).

The polls now show Labour reduced to a mere 20 per cent of the vote and it is surely beyond the realms of credibility to suggest that either Ken Macintosh or Kezia Dugdale can rescue the party from a second electoral humiliation next year.

Macintosh has been an MSP for Eastwood since 1999 and, despite 16 years in the chamber, is probably still best known for losing the 2011 leadership election to Johann Lamont; Dugdale may well be a ‘new’ and ‘young’ MSP, but she is also a career politician who provided little evidence of her ability to take on the intellect or rhetorical skill of Nicola Sturgeon during weekly confrontations at FMQs.

Both candidates have, admittedly, been hindered by the massive interest generated by Jeremy Corbyn’s campaign to lead the UK-wide party but, even on their own merits, neither is a convincing symbol of change or progress.

Having been a part of the coalition which ran Scotland from 1999 to 2007 the Lib Dems now know that only a miracle will save them from being relegated to the fifth largest grouping in Holyrood.

There is no reason to believe that an effective opposition to the SNP will come from a Scottish Labour party whose only hope for the immediate future now seems to be the potential overspill of a Corbyn bounce.

The other traditional parties in the mix are the Conservatives and the Liberal Democrats, but there is absolutely no prospect of either being in a position to hold the SNP to account in the course of the next parliament.

The Lib Dems have already been reduced to just five seats in Holyrood (down from a high of 17) while in the UK as a whole the party has been massacred.

The court case surrounding Alistair Carmichael, knighthoods for the likes of Danny Alexander (who, for the record, is to be honoured for helping to cement the Conservatives’ dishonest neo-liberal ideology as the dominant economic narrative in British politics) and their role in propping up the previous Tory government (and ensuring the conditions for the election of the current one) won’t help.

Even with an incredibly generous interpretation of the Scottish political landscape it is hard to see how they could possibly win any more than three or four seats next year.

Having been a part of the coalition which ran Scotland from 1999 to 2007 the Lib Dems now know that only a miracle will save them from being relegated to the fifth largest grouping in Holyrood.

Their former Westminster partners are likely to be happier with their lot but, when you are a Tory in Scotland, contentment is of course entirely relative. The Scottish Conservatives are, to be frank, not seen as a threat by the SNP or the broader Scottish left and, consequently, represent little more than a vaguely necessary inconvenience.

For the Tories an overall voting figure north of 10 per cent would be a success and victory in any single constituency hailed as momentous.

For the Tories an overall voting figure north of 10 per cent would be a success and victory in any single constituency hailed as momentous. Despite a relatively popular and clearly capable leader in Ruth Davidson the Conservatives are not, and are never likely to be, seen as a potential government in Scotland.

As a consequence of this and their associations with David Cameron’s government in London there is little reason for the SNP to fear any sort of Tory challenge.

For the unionist parties SNP support at 62 per cent (and climbing) is a nightmare, leaving them trying – almost certainly in vain – to square up to a party with an unassailable numerical advantage and the sort of popular support normally out of reach within a multi-party democracy.

There are, of course, serious consequences to a single party having such dominance (especially given the Scottish Parliament’s lack of a second chamber) but there is also hope: the vacuum created by the failures of Labour, the Lib Dems and the Tories could prove to be an enormous opportunity for smaller parties.

One such group is the Scottish Greens – a party offering a range of radical policies with both an environmental and left-wing focus and who, according to the recent TNS poll, are on course to gain eight per cent of the regional list vote next year (double that of the Lib Dems).

The Scottish Greens certainly have a lot going for them: their co-convener – Patrick Harvie – is regularly praised as one of the most capable and popular politicians in the country.

Their backing for a Yes vote in the independence campaign allowed the Greens to boost their profile and support and, despite a sense that their progress has stalled somewhat in recent months (due to factors such as the timing of the UK General Election and their opposition to FFA for Scotland), they could still play a key role in pushing the Scottish Government to offer a more radical range of policies than they might otherwise be inclined to pursue.

The Scottish Greens certainly have a lot going for them: their co-convener – Patrick Harvie – is regularly praised as one of the most capable and popular politicians in the country.

By May 2016, however, left-wing Yes-voters will also have another option: the “socialist, trade-unionist, pro-independence” alliance currently known as the Scottish Left Project .

Due to formally launch at the end of August, this new union of the SSP and RIC activists is currently engaged in a series of public meetings to develop a policy platform and plan to focus their efforts on the list vote in next year’s Holyrood election.

There is certainly the potential for such a grouping to make an impact in 2016, not least because a significant minority of SNP voters are, in truth, left-wingers willing to offer the nationalists tactical support in order to advance the overall goal of Scottish independence.

Recent analysis by Dr McAngus of Stirling University has shown that around 14 per cent of Scots “fall into the most radical section of the left-right political spectrum”; for these voters a truly radical, left-wing option on the ballot paper is critical and, it seems, very much on the horizon.

This matters because it is in ideological areas generally occupied by the left that pressure on the SNP is so vital if Scotland is to continue on the path to becoming a more progressive and equal nation.

Despite a massive numerical advantage in the Holyrood chamber, Nicola Sturgeon’s party – whose success is at least as dependent upon presentation as policy – will be vulnerable to public pressure from smaller but significant groups which are both pro-independence and demonstrably more radical than the nationalists.
The SNP has, for example, been keen to position itself as a left-wing, anti-austerity party and has gained significant support in doing so, but how long could this airbrushed socialist halo survive under the scrutiny of genuinely radical arguments from credible left-wing alternatives?

Neither Scotland nor the independence movement will benefit in the long run from an impervious and imperious SNP.

Of course, there are caveats to the potential challenge offered by both the Greens and the SLP, with the former still struggling to find a way out of the long shadow cast by the nationalist party machine (and, perhaps, their own name) and the latter facing an enormous challenge to be ready for a coherent and credible election campaign in just a few months.

There are no guarantees that either group will be up to the challenge, but neither Scotland nor the independence movement will benefit in the long run from an impervious and imperious SNP.

Genuine parliamentary and public opposition is absolutely vital to Scotland’s future, but it will not come from the traditional parties; if there is hope it surely lies with the left.