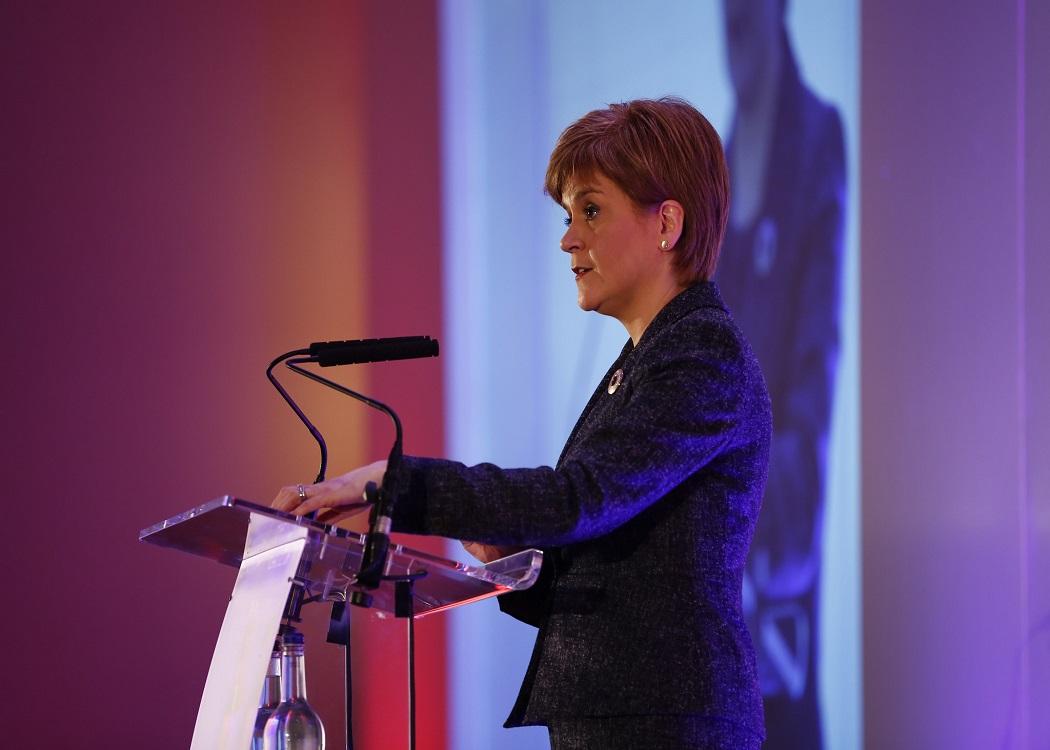 WHEN it comes to education policy, the last few months have been fairly bruising for the government: it has been roundly criticised for plans to impose standardised testing and league tables upon our schools; industrial action over teachers’ unsustainable workload looks inevitable; and increasingly serious questions are being asked of the way in which the implementation of the Curriculum for Excellence was managed.

Unfortunately, that collective educational headache is about to get worse as final plans to remove St Joseph’s primary school from local authority control, and thus save it from impending closure at the hands of East Dunbartonshire Council, are submitted to the Scottish Government . Nicola Sturgeon has promised to consider the proposals and there are real fears that she may be prepared to give this move the go-ahead.

Why? Well in case you haven’t noticed, there is an election on the horizon and while allowing a school to close isn’t likely to win any votes it will almost certainly lose a few. In addition to this, some of those backing the campaign – such as high-profile columnist Kevin McKenna – have upped the ante by describing this as a battle that the Catholic Church “can’t afford to lose” and arguing that the proposed closure is rooted in anti-Catholic discrimination .

Let’s be clear: if this happens, our first minister will have backed the introduction of the Free School model in Scotland, and this would be a disaster for our education system.

It is therefore understandable that Sturgeon is tempted to take the easy option, accept the proposals and become the savior of St Joseph’s. But let’s be clear: if this happens, our first minister will have backed the introduction of the Free School model in Scotland, and this would be a disaster for our education system.

Those behind the campaign are desperate to avoid the use of the term ‘Free School’, insisting instead upon ‘state-funded autonomous’ or ‘community’ school. This is an entirely understandable strategy, but it is also a cynical one.

By any measure, the current plans to keep St Joseph’s open involves turning it into the sort of Free School zealously – and deleteriously – pursued in England by Michael Gove, and it is important to be honest about that reality.

As I wrote last year , the Free School model is designed to serve right-wing ideology, not communities. It is about shrinking the state, lowering expenditure and opening opportunities for private profiteering.

The proposal to transform St Joseph’s into a Free School promises financial savings driven by ‘innovations’ such as the use of voluntary staff for administrative roles and the pursuit of funding from private business. All of this should set alarm bells ringing.

By any measure, the current plans to keep St Joseph’s open involves turning it into the sort of Free School zealously – and deleteriously – pursued in England by Michael Gove.

Suggestions that Free Schools are fundamentally about localism and ‘handing power to communities’ are also deeply misguided, especially when one considers the enormous power this model hands to central government (with schools left answering directly to the education secretary).

In reality, ultimate control of an institution simply shifts from local to national level, raising obvious questions about the quality of oversight, the impact on local planning and the increasing centralisation in Scottish education. These problems are abundantly clear south of the border and should not be replicated in Scotland.

To make matters worse, this model of education does not even work on its own terms. According to the PR, Free Schools drive up standards by liberating education from the dead hand of state control. The reality is quite different.

Sweden pioneered the use of such schools and saw the quality of their education decline, serious educational and financial concerns have been raised about the American equivalent (Charter Schools) and in England, the most obvious source of these plans, there is “no evidence that government investment in new education structures such as academies and free schools has had any impact on pupil performance” .

A fragmented education system – which is the inevitable consequence of such a move – will reinforce, not reduce, Scotland’s appalling levels of educational inequality.

And then there is the problem with the organisation behind these proposals: the Hometown Foundation. In recent months CommonSpace journalist David Jamieson has shone a light onto this group, most recently uncovering links to the Scottish Conservative Party .

The Hometown Foundation is eager to be involved in this campaign not because it cares deeply about this school or community, but because it understands the broader implications of success. To them – and others like the Tories – the conversion of St Joseph’s into a Free School would simply be the first domino to fall, setting a precedent for a profoundly regressive, ideologically-driven change to our education system.

Of course, none of this really matters to a community engaged in a last-ditch attempt to save their local school, and their willingness to pursue any available option (even if it means aligning with groups like the Hometown Foundation) is understandable.

For the rest of us, and in particular the first minister, the situation is different. Even I, a public opponent of faith-based education, would rather see St Joseph’s survive, but not if it means sending Scotland down the dark and damaging road of Free Schools.

A fragmented education system – which is the inevitable consequence of such a move – will reinforce, not reduce, Scotland’s appalling levels of educational inequality.

We simply cannot back a rescue of St Joseph’s at any cost. Sadly, the nature of these particular proposals means that the price is just too high.