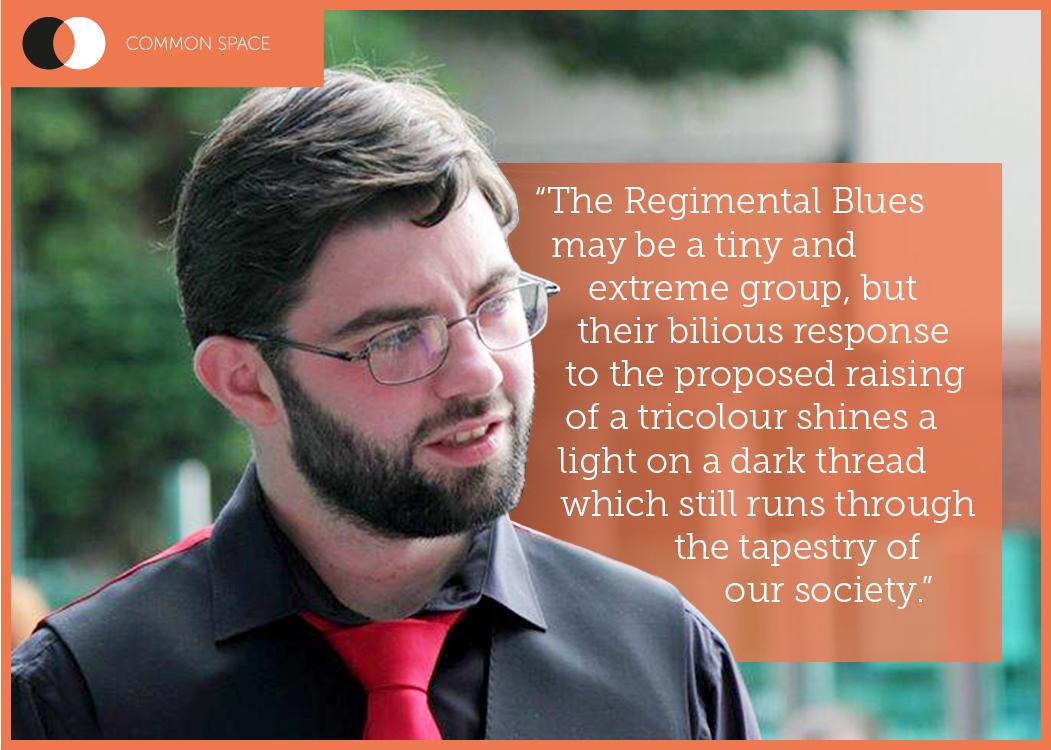 A FEW WEEKS from now the streets of New York City will be a veritable sea of emerald-swathed exuberance, with tens of thousands of people marching, singing, dancing, playing and cheering in celebration as part of the St Patrick’s Day parade.

Starting at 11am, the revelry will proceed right through the heart of the city, following 5th Avenue from 44th Street all the way up to 79th.

The parade is one of the crown jewels of the city’s public calendar – it will be broadcast live on television, and attracts attention from across the planet as the people of New York celebrate, loud and clear, the contribution of the Irish diaspora to ‘the greatest city in the world’.

The idea that a celebratory river of green could ever be allowed to flow down Sauchiehall, Buchanan or Argyle Street is somewhere between absurd and dangerous.

And it’s not just in New York, or even the USA, that such festivities will be seen – events will be taking place in Malaysia, Moscow, and even the International Space Station .

In our little corner of the world, such scenes are unthinkable: the idea that a celebratory river of green could ever be allowed to flow down Sauchiehall, Buchanan or Argyle Street is somewhere between absurd and dangerous.

So despite a significant proportion of its population being of Irish descent, Glasgow will have no comparable celebrations on St Patrick’s Day; instead we will have an understated festival, some excellent but low-key events, and a loyalist march through the East End of the city. The latter would be unbelievable in any other city but, again, not here.

Organised by the Regimental Blues – a loyalist organisation described, rather gently, as ‘controversial’ by the media – this march was initially set to charge straight through the Gallowgate, an area just a few hundred metres from Celtic Park and strongly associated with the city’s Irish heritage.

Though the council has, as before, forced changes to the route, the fact remains that this provocative event will still go ahead, bringing with it the very real risk of disruption, disorder and violence.

Instead we will have an understated festival, some excellent but low-key events, and a loyalist march through the East End of the city.

Back in 2013 this group submitted a similar request, with a route through the Gallowgate a key demand as part of a “procession to show … disapproval towards all aspects of Irish Republicanism within Britain.” In the words of an organiser, the purpose of this was to “cause tension” by putting “a burning stick into the nest”, a choice of language which says more than any 800-word article ever could.

This is not an isolated incident, but part of an ongoing campaign, with this same group recently making headlines for its response to North Lanarkshire Council’s plans to commemorate the anniversary of the Easter Rising.

‘The Regiment’ were predictably outraged by the suggestion that an Irish tricolour might be raised to mark this key point in Irish history, and made their displeasure clear by publishing the personal details of various councillors in a blog post condemning the plans.

Their statement also included a “message to all councillors” which ended with the following lines:

“We will be watching. We have the winning hand here and we strongly suggest you do not call our bluff.”

The Regimental Blues may be a tiny and extreme group, but their bilious response to the proposed raising of a tricolour shines a light on a dark thread which still runs through the tapestry of our society.

The Regimental Blues may be a tiny and extreme group, but their bilious response to the proposed raising of a tricolour shines a light on a dark thread which still runs through the tapestry of our society.

Though Scotland’s Irish have now achieved ‘occupational parity’, this did not happen until 2001, less than a generation ago and a full 100 years after the same shift took place across the Atlantic in New York. The days of overt sectarian discrimination in the labour market may be all but gone , but the sad truth is that even in the 21st century some groups and individuals remain utterly, and vocally, unable to accept the importance of Irish heritage for so many in this country.

It is also true that, despite these voices desperately screeching out from ever-more-isolated little islands, they are still afforded far too much respect in a country which should, by now, know better.

Writing for The National, Pat Kane recently argued that the flying of an Irish flag over a Scottish public building should be rejected because it risks provoking “the same cultural and territorial wars here that are conducted via flags” across the Irish sea. I profoundly, whole-heartedly disagree.

Pandering to such prejudice and hatred protects one of the last remaining buttresses in this most poisonous of social barriers, and the time has come to tear it down.

We should publicly recognise the Easter Rising as, in the words of former justice secretary Kenny MacAskill , “the birth of modern Ireland” – in doing so, we might just take a significant step towards building a modern Scotland.