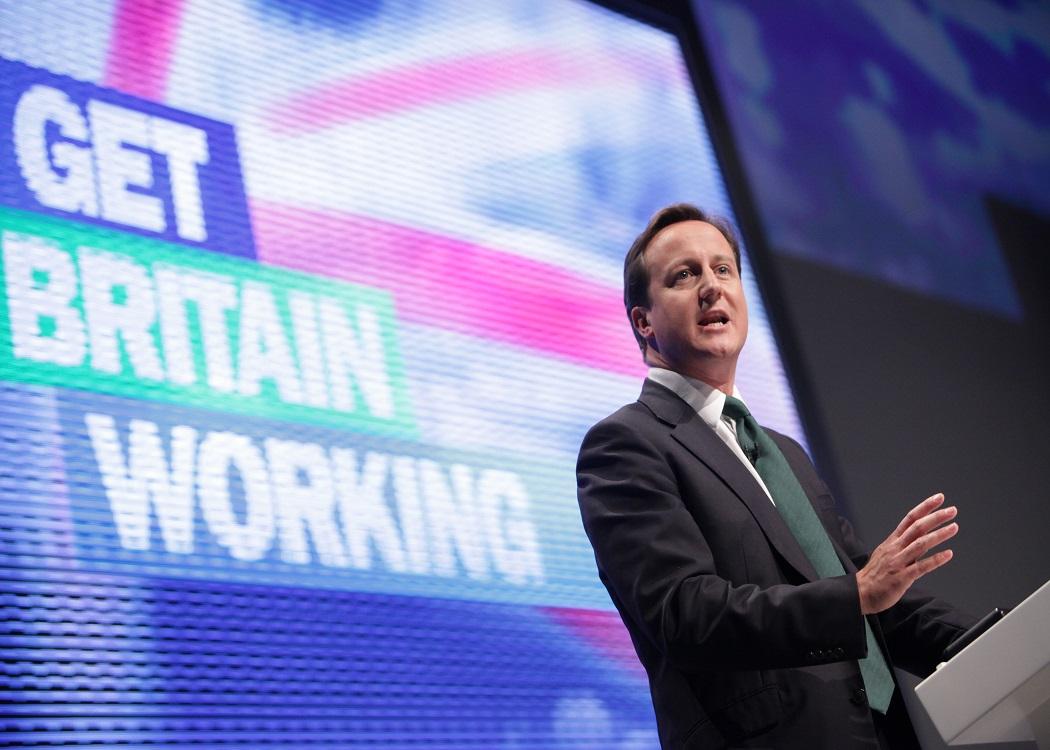 MY first political experience was in 1997 when, as a bright-eyed primary six pupil, I won my school’s mock election as the leader of Labour, a party I chose based on the – correct – assumption that the youngest children would like the red balloons more than the blue, yellow or orange ones.

Since that time I have seen majorities in Westminster for the Labour Party, the same in Edinburgh for the SNP, a nationalist minority government in Holyrood and coalitions between the Liberal Democrats and both Labour and the Conservatives; now I, along with the rest of my generation, am staring down the barrel of my first fully-fledged, off-the-leash Tory government.

Having been born in 1986 (exactly 2,700 days into Margaret Thatcher’s time as prime minister) I have never been fully conscious of living under a Conservative administration.

We are about to be confronted with the terrible human cost of a nation being openly run by and for a detached and dangerous elite. How does it feel? Genuinely frightening.

Until now, my generation’s opposition to the Conservatives’ political agenda has been philosophical and, ultimately, second hand; our anti-Tory instincts have been largely rooted in the experiences of our parents and grandparents, of miners’ strikes and poll tax riots and missing school milk.

Now, in 2015, we are about to be confronted with the terrible human cost of a nation being openly run by and for a detached and dangerous elite.

How does it feel? Genuinely frightening.

We are just nine weeks on from the Tories’ General Election victory and the overwhelming sense of contempt for those who did not elect them is already palpable.

The young, the poor, the vulnerable and, of course, Scotland, are now right in the firing line – if we learned one thing on Wednesday it is that those groups are not a part of the ‘one nation’ which Cameron and his acolytes claim to represent.

As the emergency budget was delivered I was having lunch with my 14-month old son who, mercifully oblivious to the gravity of the situation, gleefully covered his face in tomato sauce and scrambled eggs as the Conservative chancellor launched a vicious, ideologically-driven assault on his future.

Massive privatisation, cuts to tax credits and an all-out attack on the under-25s (who will be unable to claim housing benefits and ineligible for the increased minimum wage) have offered a chilling insight into true-blue, big-C Conservatism.

As far as the most vulnerable in society are concerned this is a budget which is helping them up with one hand before punching them in the gut with the other.

Corporations will soon be paying less on their profits (18 per cent) than low-paid workers will in income tax (20 per cent). The result? A greater proportion of public money will be generated by those with least, while scrounging corporations and the super-rich revel in yet another tax cut.

As far as the most vulnerable in society are concerned this is a budget which is helping them up with one hand before punching them in the gut with the other.

Even with the increase in the minimum wage (cynically and dishonestly rebranded as a ‘national living wage’) cuts to welfare will ensure that low-income workers and young people are, on the whole, worse-off than before.

Add to all of this another round of below-inflation pay rises for the public sector (Members of Parliament are, of course, exempt) and asset-stripping privatisation plans and it is hard to see any breaks in the clouds which have gathered over us.

What we are seeing is the transfer of wealth and assets to a tiny financial and social elite while the failures of neo-liberal capitalism are piled onto the shoulders of those least able to bear the load.

George Osborne is quite right to call this a ‘new contract’ for Britain: he has altered the deal and it is quite likely that only his party’s wafer-thin majority prevented him from altering it any further.

Perhaps the worst aspect of this budget, however, is the nagging, heart-breaking feeling of permanence about it all. The SNP’s Tommy Sheppard rightly described the budget as a “monstrous assault on the welfare state which attacked the poorest in society”, but would a Labour government led by Liz Kendall, Andy Burham or Yvette Cooper have the spine to reverse these changes after 2020?

Is there any prospect of the supposed workers’ party being willing to risk the wrath of the right-wing press in its defence of the very people it was founded to protect? And, even if they did, would the people of England elect a Labour government on such platform? The answer, in each case, is almost certainly no.

This is of course the inevitable consequence of Labour’s total capitulation to the Conservative’s economic narrative.

The Tories have relentlessly spun the current crisis as a consequence of Labour profligacy when in power as opposed to the appalling failures of a corrupt and irresponsible financial and economic system: it is a deliberate lie but – with Labour too afraid to challenge it – one which has effectively become fact in the minds of a great deal of the electorate who view the Chancellor’s actions as being made out of economic necessity rather than ideological zealotry.

Britain gets what England wants. The last 65 days have shone a brighter light than ever before on the democratic deficit at the core of the UK.

But the problem goes even deeper: as columnist Ian Dunn argued yesterday what we are now looking at is the reassertion of the natural political order of the United Kingom.

Scotland may well have handed an overwhelming mandate to a party which opposes the Tory cuts but, in the end, it doesn’t matter – England voted for a Conservative government and even if every single Scottish voter had backed the Labour Party it wouldn’t have made a difference.

Britain gets what England wants. The last 65 days have shone a brighter light than ever before on the democratic deficit at the core of the UK: the obscenity of the Scotland Bill – where every single SNP amendment was dismissed and a ‘Scotland-only’ matter decided by a party with one Scottish MP – and the interwoven evil of Evel, combined with a budget which is both by and for the rich, have demolished the idea that we reside in an equal ‘family of nations’.

Far from being ‘too wee’ to leave the union it is now clear that, if we wish to live in a compassionate, progressive and truly democratic society, we are simply ‘too wee’ to stay.