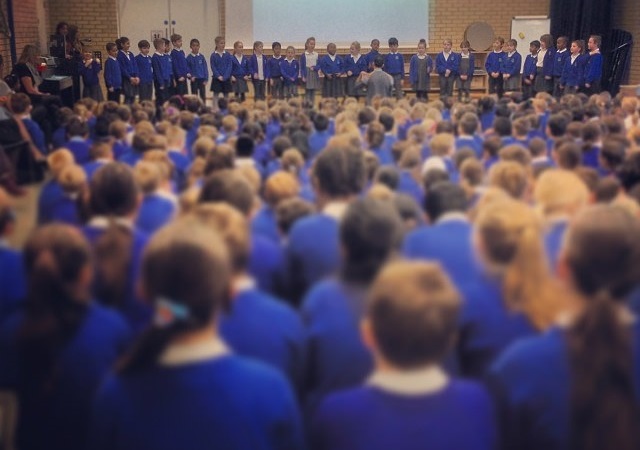 With the government facing legal action over religious observance in schools, CommonSpace columnist James McEnaney says that young people’s rights must be respected

IN Scotland, all publicly-funded schools – including those that are, at least in name, non-denominational – are legally required to have their pupils engage in religious observance. Though this activity is supposed to "promote the spiritual development" of all pupils it often takes the form of, for example, collective prayer during mandatory school assemblies. This is despite around half of Scots identifying as non-religious.

It is therefore concerning that, as things stand, only parents and guardians can legally withdraw a child from religious observance, regardless of the views of young people themselves.

The Humanist Society of Scotland (which seeks to "represent non-religious people in public life") believes that the Scottish Government has broken the law in refusing to change these rules. It has now launched a legal challenge (which the Court of Session has agreed to allow) and begun fundraising to meet the considerable costs.

At this stage it's probably important to clarify a couple of points: this legal action has absolutely nothing to do with the teaching of RE in schools, nor is it – as some will almost certainly claim – about "removing all vestiges of the Christian religion from Scottish public life".

What this is really all about is very simple: the rights of young people to have their beliefs respected.

And you don't have to take my word for it – you can read the words of the United Nations Committee on the Rights of the Child.

The committee's latest report on the state of children's rights in the UK, issued in June of this year, recommended that the Scottish Government "repeal legal provisions for compulsory attendance at collective worship" and "ensure that children can independently exercise the right to withdraw".

In short, the UN told us to stop forcing pupils to participate in religious activity against their will.

In short, the UN told us to stop forcing pupils to participate in religious activity against their will.

Sadly, the government decided to reject this advice and has, thus far, given no indication that it is willing to reconsider.

When this issue hit the headlines earlier this month a government spokesperson defended the existing rules by suggesting that individual schools could, if they wish, allow pupils to decide for themselves whether or not they wished to take part in religious observance. In practice this means that the government is content to preside over a system where some young people have their views respected while others do not.

Such a careless approach to children's rights simply creates a deeply unfair patchwork across the country and is obviously unacceptable.

What's more, our government should know better than to defend this flawed model because in Scotland of all places it makes absolutely no sense.

First of all, the current set up means that’s Scottish youngsters are being denied a right enjoyed by their counterparts in England and Wales (where sixth-form pupils can withdraw themselves from collective worship).

More importantly, we live in a country where 16 year olds can not only marry, have sex, pay taxes and sign up for military service: they can also vote.

Back in 2014 the right to vote in the independence referendum was extended to 16 and 17 year olds; two years later this same group was given the right to cast a ballot in elections to the Scottish Parliament.

So politicians are quite happy to trust young people to make crucial decisions about the political, economic and constitutional future of our country but, when it comes to participation in religious activity, will refuse to allow them to act in accordance with their own beliefs.

It's an absurd state of affairs that simply has to change.

At an absolute minimum, pupils aged 16 and over must be allowed to make their own choices about religious observance.

At an absolute minimum pupils aged 16 and over must be allowed to make their own choices about religious observance.

No doubt government ministers and their advisers are reluctant to rock the boat for fear of upsetting certain vested interests. As always, this is not good enough.

It's also true that the proposed changes could eventually force a wider review of religious observance in education, especially if sufficient numbers of young people decided to assert their newly-won rights. So be it.

The Scottish Government claims that its mission is "to make Scotland the best place in the world to grow up". It's a noble, if deliberately ethereal, aim and one that we can all get behind, but it rings rather hollow when contrasted with a refusal to take the rights of children seriously enough.

That said, at the time of writing the Scottish Government has not yet responded to the legal action. This means it still has the chance to do the right thing and make its guidance fit for 21st century Scotland.

The alternative means going to court in order to ensure that young people continue to be denied their rights.

That, surely, is out of the question.