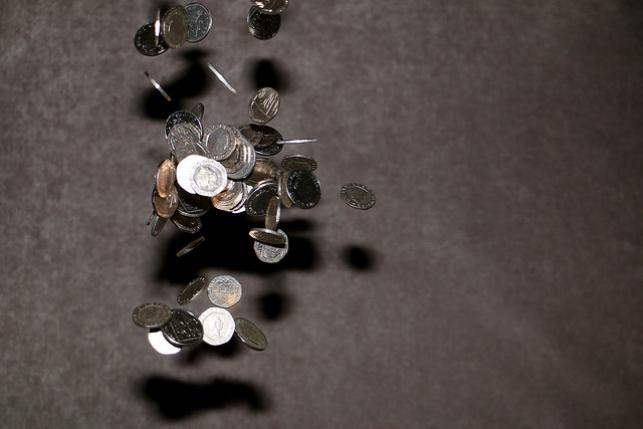 GROWING UP, I was often told that hard work reaps rewards. That’s not always true. In fact, for too many people, it results in poverty wages, dangerous working conditions and illness.

In a new report out today, Reward Work, Not Wealth, Oxfam reveals how the global economy enables a wealthy elite to accumulate vast, and growing, wealth while hundreds of millions struggle to survive on poverty pay. Enough new wealth was generated in 2017 to end extreme poverty seven times over – yet almost all of it was captured by the richest one per cent.

As political and business elites once again rub shoulders at the World Economic Forum in Davos, Switzerland, Oxfam lays bare the myth that the growing number of billionaires all got to the top on merit – through their ‘hard work’ or talent.

Two thirds of billionaires inherited their wealth or made it through monopoly and cronyism.

We expose the fact that two thirds of billionaires inherited their wealth or made it through monopoly and cronyism.

This isn’t a faraway crisis. We know that in Scotland, having a job does not always mean escaping poverty: the vast majority of working age people living in poverty here live in a home where someone’s got a job.

Worldwide, our economy of the one per cent is built on the backs of low paid workers who are denied basic rights. Temporary, precarious work is the norm in developing countries, and on the rise in rich nations too.

Women are hit hardest by income inequality, as they are often in the lowest-paid, most insecure and most unsafe jobs.

In Bangladesh, young women working in garment factories suffer from repeated urinary tract infections because of not being allowed to go the toilet. Similarly, an Oxfam study of poultry workers in the United States found that many were wearing nappies, because they weren’t permitted to go to the toilet. Such working conditions are shameful.

Here in Scotland, one woman who worked in a call centre told us that her bosses would humiliate staff, asking why people were in the bathroom for “too long”. She said: “Some people, they’re older in my work, they’re about seventy, eighty and they get questioned because they take three minutes going to the toilet.”

Gender inequality is neither an accident nor new: our economies have been built by rich and powerful men.

Gender inequality is neither an accident nor new: our economies have been built by rich and powerful men. The economic model has made this worse: reductions in public services, cuts to taxes for the richest and a race to the bottom on wages and labour rights have all hurt women more than men. In the UK, the burden of fiscal austerity is estimated to have cost women a total of £79bn since 2010, against £13bn for men.

But there is hope. Neither inequality nor poverty are inevitable. Both are born of political choices, which means that there are political solutions.

We must design our economies to be more equal from the start, using taxation and public spending to redistribute and create greater fairness. Living wages and decent work for the world’s workers are also fundamental to ending today’s inequality crisis.

Oxfam has welcomed some of the foundations for a fairer economy that are being laid in Scotland: the Poverty and Inequality Commission is established, progressive tax is on the agenda, and Scotland has committed to joining a new international group of countries committed to building economies that work for people, and the planet.

But there is more to do. In proactively sharing our wealth more fairly and by adopting measures of success beyond economic growth, Scotland can help demonstrate that global progress towards a human economy is possible – as well as an absolute necessity.