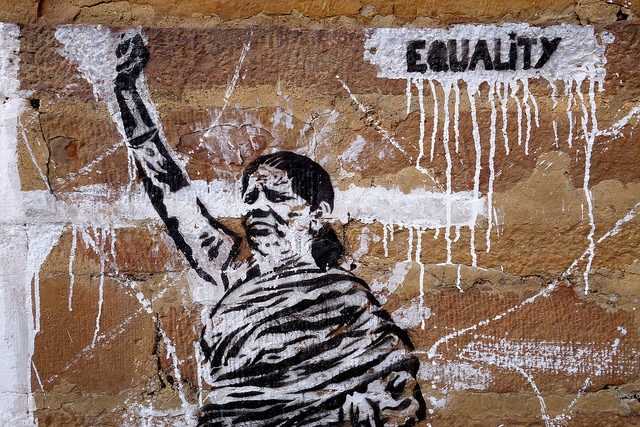 Jamie Szymkowiak, founder of One in Five – a campaign to encourage and increase the participation and representation of disabled people in politics

MY fellow branch members in Peterhead know that I’m passionate about increasing the representation of disabled people in public life – especially in politics. From social security to designing a bus, I firmly believe the more that disabled people are part of the decision making process, the fewer barriers we will have to overcome; thus setting us on the path to the fairer society we all aspire to live in.

I was nominated for the internal SNP position of national women’s and equalities convener back in June. Nervous about the reaction, particularly from women members, I held back handing in my nomination form. I was anxious that my nomination, as a man, could be seen as undermining the good progress the SNP has been making at improving the representation of women.

As part of One in Five’s Scotland 2021 discussion paper on what actions could improve the political representation of disabled people, we’re calling on each of Scotland’s political parties to have a national disability officer at the top table of their party structure.

Since announcing that I was standing for election last week, it’s fair to say the response has been mixed.

In the SNP, we’ve seen how a number of our National Executive Council (NEC) members have gone on to become parliamentarians – it’s the intention that creating such a role will do the same for disabled members, who are significantly underrepresented in nearly every nook and cranny of our party (in fairness, the same can be said of every major political party in Scotland).

It’s important to point out that the One in Five campaign has taken much inspiration from Women 50:50 and Women For Independence (WFI). If you look at the One in Five website you’ll see that we list notable cross-party supporters (see Women 50:50) and that we provide a blogging platform for disabled activists (see WFI). We regularly follow up with groups which have endorsed our campaign to see what progress has been made: deeds not words.

As someone who campaigns for the rights of disabled people, I saw my nomination as an opportunity to raise disability awareness and hoped it would provoke a discussion among the membership about the benefits of the SNP creating a national disability officer role. It was with this mindset that I eventually decided to hand in the nomination form.

Since announcing that I was standing for election last week, it’s fair to say the response has been mixed. Friends, family and people who are aware of One in Five have been very supportive, but it has raised eyebrows elsewhere – and for a number of different reasons.

My nomination has prompted some to question why women, as a majority of the population, are categorised alongside minority groups.

Each of the minority groups contains sub-groups that face their own hurdles to equality: our Polish community might have different priorities to our Asian communities; bisexual, transgender and intersex people might face additional barriers to those within the lesbian and gay communities and within disability, people with learning disabilities face different barriers to equality to those with physical impairments or mental health conditions.

The role, as it’s currently framed, has led to a position where I’ve had to justify my credentials as an equalities campaigner. Obviously, I have no problem in doing so. Nonetheless, I’ve been asked how I, as a man, can champion women’s rights and to explain how many "boxes" I tick.

I’d like to think that I have a demonstrable track record of encouraging people to speak for themselves so if the role was to remain in its current guise (and I was elected, of course) that’s exactly what I’d continue to do.

My nomination has prompted some to question why women, as a majority of the population, are categorised alongside minority groups.

I’m not one for highlighting a problem without presenting possible solutions. So what are the alternatives? Well, we could have national officers for women, LGBTI, BAME, mental health and disability reporting to an equalities convener – Team Equality, so to speak.

Or, alternatively, we could have a women’s convener and an equalities convener (representing minority groups and each with their own national officer) working side by side.

Our party’s progress on women's equality hasn’t happened overnight and it could be said that it is yet to be embedded in the structures of the party – and for that to be achieved recognising intersectionality and not bundling all inequalities into one bag is essential.

Therefore, because traditionally women, as a majority, have been underrepresented in political discourse, it may well be time for gender equality to have its own platform and then showcase other forms of inequality and underrepresentation, across gender, race, ethnicity, sexuality, age and disability as a separate (but equally important) issue.

Last week’s news regarding the gender pay gap, for example, illustrates the relevance of mainstreaming gender balance in the party, including the merits of considering options such as job sharing (which could go on to benefit other underrepresented groups).

If, like the Scottish Government’s Cabinet, our party was to mainstream gender equality, an equalities convener (and team) could focus on intersectionality in a more structured way.

If, like the Scottish Government’s Cabinet, our party was to mainstream gender equality – from selection to job specs to adequate staffing support where appropriate – then an equalities convener (and team) could focus on intersectionality in a more structured way.

If, in my quest to put disability on the agenda, I’m inadvertently prompting a wider debate on equality, then I welcome that. If pushing for the creation of a national disability officer’s role leads to improved representation for women, as well as Scotland’s minority groups, I’d consider my nomination to be a success.