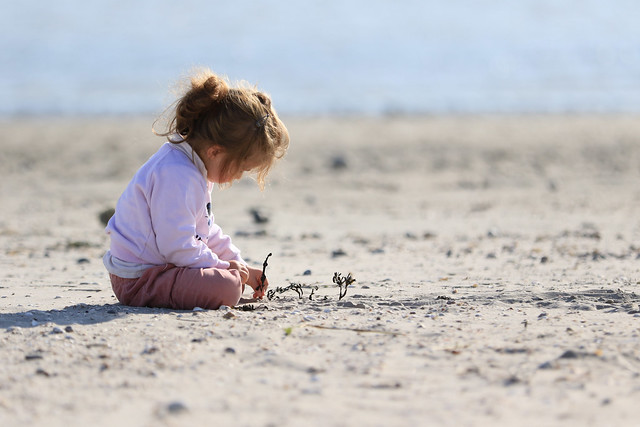 Janice McGhee and Lorraine Waterhouse, researchers on child welfare and child protection, argue that the Scottish Government’s Independent Care Review is a system talking to itself, which refuses to engage with the dangers of removing children from their families

THE Independent Care Review was set up by the Scottish Government in October 2016 and is due to report in 2020. The aim is to “identify and deliver lasting change in Scotland’s care system…to transform the wellbeing of infants, children and young people”. Nearly three years on – one minimal publication and 20 ongoing ‘journey groups’ – the Review looks to be turning its back on the hard truths of the damage done by removing children from the care of their families.

There are three big problems with the Independent Review. First, it is not independent. It is a system talking to itself. The main protagonists are those in the business: child care charities, the bureaucrats – directors and managers past and present. In other words, groups with vested interests. Infants, children and young people (and some care-experienced adults) are inside the magic circle of the Review whilst parents, mothers especially, extended families and local communities who bear the brunt of child removal are on the outside.

Second, the review ignores decades of evidence of the harm caused to children in care systems. Beneficence alone rarely lies at their heart.  The history reveals public scandals of child removal, sexual and physical abuse, mass adoption and forced migration. It is tempting to consign these events to the past, circumstances that would no longer happen, that are no longer commonplace. But mass child migration of children in care organised by children’s charities continued to as recently as 1970. The 2019 Report of the Independent Inquiry into Child Sexual Abuse in Nottinghamshire lays bare the scale and seriousness of the harm to children and the repeated failure to provide sufficient safeguards to children in council care. And in the UK significant numbers of newborns are still being taken into public care.

Third, social science research into the social and economic conditions of children entering care systems is nowhere to be seen. These children live in families struggling with poverty and poor housing in areas where social and economic opportunities are limited and where life is hard. The Review seems to work from a premise that care systems can be ‘fixed’ in isolation from the reasons that children come into care.

The consequence, to date, is a Review making itself up in its own terms, as far away from poverty as possible, with mothers, fathers, extended families and local communities well outside the magic circle. Does the Review plan to hold public meetings with local citizens in areas dependent on food banks where many of the children entering care live? Does it plan to speak with parents trying to raise their children in tough times? Does it have a regular ‘go-to’ parent group? How is it involving mothers of children in care throughout the review process? Otherwise the Review is setting up a dynamic that holds the children apart from their families and communities when we know that the majority of children return to these families and communities.

Just as importantly, the Review neglects the intrinsic vulnerability of children separated from their families and communities. The most incautious aspect is the ‘love’ journey as advocated by the Review. Instead of addressing conditions of poverty and separation, the Review offers ‘love’ as its solution – as if a system can ever entirely replace a parent. It is to suggest that mothers, fathers, aunts, uncles and grandparents can be set aside; that the love and commitment of a family can be replaced by paid staff. It is an impossible expectation of staff. It is indefensible to suggest to the children that staff motivation is one of love. It is harmful to children’s wellbeing to be expected to believe in this falsehood. It goes against all that we know about child development. Children know staff are paid to do a job and the job comes with terms and conditions including ‘office hours’, holiday leave and a right to walk away any time.

To let this idea of ‘love’ take hold in the Review would be dangerous as well as dishonest. Regardless of intention, the Review blurs the boundaries of what constitutes professional commitment to the wellbeing of children. The concern must be that loose talk of ‘love’ might expose already vulnerable children to the risk and reality of sexual abuse perpetrated inside the child care system. The claim ‘to love’ is a well-recognised predatory tactic. Sexualised behaviour by staff towards children, a gross failure in the statutory and moral duty to promote and safeguard children in public care, is more prevalent than we care to think.  The widespread evidence of child abuse across a range of public and private settings – football, gymnastics, religious groups to name a few – is too often denied, ignored and covered up.

Children need love to grow and to develop. If some children cannot truly live at home with parents or kinship carers, then the investment needs to be in dependable, high quality services that make a reality of what is known to work best for children. Keeping family and friendship ties alive, ensuring continuity and taking an interest in the children’s education and health. Not rocket science but the evidence continues to suggest these basics are still not being done well enough.

The Scottish Review faces a choice. It can stay cocooned as an ahistorical process immune to the underlying reasons why children come into care and to the iatrogenic harm child care systems cause. To ask for belief in something that is untrue puts trust in the Review in peril. It damages the very authority on which the Scottish Government depends to improve the wellbeing of Scottish children and their families. To honour the commitment to lasting change in the care system the Review needs to admit that uprooting children from their families and local communities is no panacea. Call it for what it is – a high-risk strategy – and therefore carry out the Review according to this maxim. The Review must step outside the magic circle to speak with parents whose children were taken into or are in care, with local communities through local organisations as they live with growing numbers of infant forced removals and connect with the documented evidence of what we know about helping children and families involved in care systems.