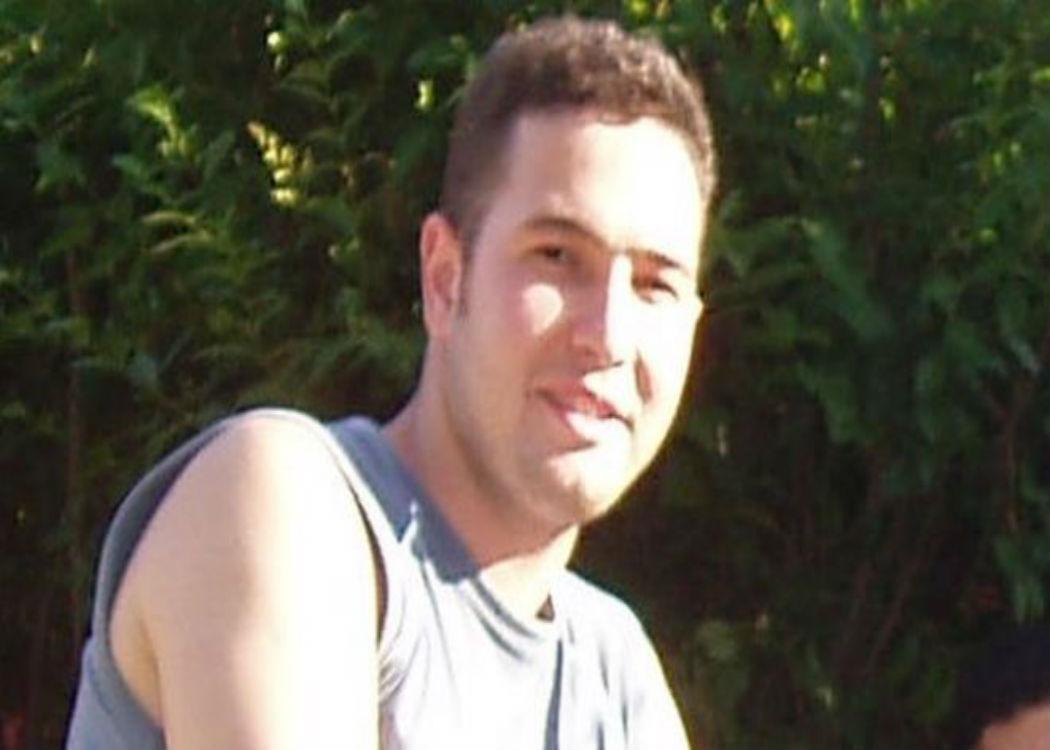 IVOR suddenly pinned the young man to the seat of a London tube train. Two other men, in jeans and t-shirts, had run onto the carriage seconds before. They each carried guns.

One of the gunmen pressed his weapon against the young man’s head. He and the other gunman then fired eight hollow-point bullets into the man as he was immobilised against the seat.

Seven of the bullets smashed into the young man’s head, expanding upon impact. One bullet hit his shoulder.

Another passenger on the train said that the shots lasted for 30 seconds, each separated by approximately three seconds, as if each pull of the trigger kept time with a deadly metronome.

The young man died on the floor of that tube train, “unrecognisable”, in the words of a senior police source.

‘Ivor’ was a Special Branch officer. The two gunmen were ‘C12’ and ‘C2’; armed officers from the Met. The dead man was Jean Charles de Menezes. He was a Brazilian electrician. He was unarmed and shot dead, execution-style, on his way to fix a broken fire alarm in Kilburn.

De Menezes was killed at Stockwell underground station on a Friday morning, 22 July 2005. Today marks the 10th anniversary of his death. The only legal ruling against the organisation which killed him, the Metropolitan Police, was based on Health and Safety legislation. No officers have been held to account for their roles in his killing.

In the immediate aftermath of de Menezes’ shooting, the Metropolitan Police admitted that they had shot an unarmed, innocent man, and that the victim was not a suicide bomber.

The circumstances of de Menezes killing have been pieced together from conflicting sources. Media reports, witness accounts from other passengers in the carriage, IPCC investigations, police and government statements, and anonymous sources.

Witnesses said that no warnings were shouted, and that de Menezes did not stand up. In fact, they said, he remained calm even as a gun was held to his head, as if waiting to be told what was happening.

Even the doomed choreography of his last moments was disputed. Police initially claimed he had vaulted over a ticket barrier. It later emerged he had used his Oyster card to open the gates.

Some reports stated he had been wearing a fleece or a large winter coat on that summer’s morning. He was wearing a light denim jacket and jeans. The temperature was 17degC.

The police gunmen claimed they had shouted warnings of “armed police!” several times, and that de Menezes then stood up and walked towards them, leading them to shoot him dead.

Witnesses said that no warnings were shouted, and that de Menezes did not stand up. In fact, they said, he remained calm even as a gun was held to his head, as if waiting to be told what was happening.

Several newspapers quoted as fact the Home Office claim that de Menezes’ UK visa had expired and was actually a forgery, and that this was why he ran when he entered the station. The IPCC’s Stockwell One investigation showed this was untrue and that he was in the UK legally at the time of his killing. One of de Menezes’ colleagues suggested he ran for the train because he was late for work.

Deborah Coles,director of the charity Inquest, tells CommonSpace that the de Menezes family’s campaign for justice and accountability is as vital and relevant today as it was 10 years ago.

“The fact that an innocent man could be shot dead by the police and nobody is prosecuted or disciplined for that raises fundamental concerns about the mechanisms that we have for holding the police to account.” Deborah Coles, Inquest

“The fact that an innocent man could be shot dead by the police and nobody is prosecuted or disciplined for that raises fundamental concerns about the mechanisms that we have for holding the police to account,” she says.

“The killing of Jean Charles de Menezes raises really significant concerns about how the state, and its agents, are held to account when it kills its citizens.”

The shooting came two weeks after the 7/7 bombings in London, and as the police searched for four men who they believed had attempted to set off bombs the day before.

The events of that day read as a grim series of errors and incompetence by the police, who failed on numerous occasions to correctly identify de Menezes.

‘Frank’, an SAS soldier seconded to a police surveillance unit, was urinating as de Menezes left his flat and so was unable to properly film him for a positive identification. He did, however, identify de Menezes as white and not carrying anything.

The police allowed de Menezes, who they wrongly assumed was an entirely different man, Osman Hussein, to board several buses, and then to enter Stockwell underground station. Faulty radios were blamed for the miscommunication of an order by the Met’s Gold Commander to stop him outside Stockwell station.

Coles says that de Menezes’ death revealed fundamental failings in the operation and planning – the shoot-to-kill policies – of ‘Operation Kratos’.

Shortly after the 11 September 2001 attacks in New York, the Metropolitan Police began formulating guidelines for how to deal with suspected suicide bombers.

In consultation with Israeli, Sri Lankan and Russian police and military, it was concluded that the most effective way to stop a suspected suicide bomber was to shoot them multiples times in the head, rather than in the torso and risk detonating explosives. These guidelines were known as Operation Kratos.

In effect, the Met operates a shoot-to-kill policy as part of its anti-terror guidelines.

These conclusions became national guidelines and are still in place, though the terminology has been changed. In effect, the Met operates a shoot-to-kill policy as part of its anti-terror guidelines.

Hollow-point bullets are issued to armed Kratos officers. This ammunition is illegal under international law when used in warfare, but is the preferred ammunition of law enforcement because the bullets expand upon impact, thus reducing the chance of passing through a body, and also providing a high degree of what is termed ‘stopping power’: hollow-point bullets cause devastating internal injuries as they ‘mushroom’ inside the body.

The extreme violence of de Menezes’s killing led some to suggest that the gunmen were not, in fact, police officers, but instead special forces soldiers. An anonymous Whitehall source said that the Special Reconnaissance Regiment (SRR), a covert surveillance unit, was involved in the operation, but stressed that they were involved only in a surveillance role.

The SRR was formed two months before de Menezes’s shooting, in April 2005, from a core of former 14 Intelligence Corps soldiers, a British Army unit which evolved from the infamous Special Reconnaissance Unit (SRU), and before that the Military Reaction Force (MRF).

The SRU and MRF have long been accused of having operated death squads in the north of Ireland in collusion with loyalist paramilitaries.

Coles says the alleged involvement of special forces was “extremely concerning given the known history of the British state’s collusion” with loyalist death squads in the north of Ireland.

When asked about the alleged involvement of British special forces in the operation which led to the shooting dead of de Menezes, Coles said it was “extremely concerning given the known history of the British state’s collusion” with loyalist death squads in the north of Ireland.

The quest for justice for de Menezes is ongoing, but to date no one has been properly held accountable. After initial obstruction by the Met, the Independent Police Complaints Commission (IPCC) took over the investigation.

The IPCC conducted two reports, Stockwell One and Stockwell Two, which made a series of findings about the police’s conduct on the day of the killing, and that they made “inaccurate public statements” concerning the circumstances of the death, such as the clothing de Menezes wore, and reports that he was acting suspiciously.

The reports were passed on to the Metropolitan Police Authority and the Crown Prosecution Service (CPS). The CPS subsequently decided that there was insufficient evidence to bring charges against individuals involved in the killing.

However, Sir Ian Blair, the Met Commissioner at the time, was found guilty in his official role for breaches of the Health and Safety Act for “failing to provide for the health, safety and welfare of Jean Charles de Menezes”.

“Public confidence has been seriously undermined by the suggestion that the rule of law doesn’t apply to those in uniform, and that there’s this culture of impunity.” Deborah Coles, Inquest

The lack of prosecutions of officers at any level in the Met for de Menezes killing has grave consequences for public trust in the police, argues Coles.

“Public confidence has been seriously undermined by the suggestion that the rule of law doesn’t apply to those in uniform, and that there’s this culture of impunity.”

Coles is clear, however, that the issue is not just about who pulls the trigger, but is also about operational and policy decisions taken at the top of organisations.

“It’s not just a question of the individual officers, but it’s about senior management, it’s about corporate accountability.”

Coles adds that the absence of consequences for police officers who decide to use lethal force, and those senior officers who authorise such force, perpetuates a culture of impunity: “One of the things that is important about this, and this is recognised in international human rights law, is the fact that if you don’t impose the appropriate disciplinary or criminal penalties then that doesn’t really send a message to police officers that they will be held to account if they engage in ill treatment or neglect.”

“You’ve got Mark Duggan, Azelle Rodney, but also there have been other deaths following the use of lethal force by police officers, and obviously in Scotland there’s the Sheku Bayoh case.” Deborah Coles, Inquest

Coles speaks of “a pattern of cases” since de Menezes’ killing, referencing Sheku Bayoh, who died in police custody in Kirkcaldy in May.

“You’ve got Mark Duggan, Azelle Rodney, but also there have been other deaths following the use of lethal force by police officers, and obviously in Scotland there’s the Sheku Bayoh case, where people who are either fatally shot by police, or who die following the use of force, where there have been failures to properly hold those police officers to account,” she says.

It has been alleged that up to 11 police officers used handcuffs, leg restraints, batons, pepper spray and CS gas on Bayoh during his arrest. He died two hours later in hospital.

The Scottish equivalent of the IPCC, the Police Investigations and Review Commissioner (PIRC), is conducting an ongoing investigation into Bayoh’s death.

Coles will speak in Glasgow on Saturday 25 July at the launch of the Justice for Sheku Bayoh Campaign. The public meeting will take place in the Renfield Centre, Bath Street, from 11am until 5pm, and will hear from the families of other victims of police violence.

Today, on the 10th anniversary of the killing of Jean Charles, the de Menezes family are currently fighting in the European Court of Human Rights in Strasbourg to challenge the UK Government’s failure to prosecute anyone for the death of Jean Charles. The case continues.