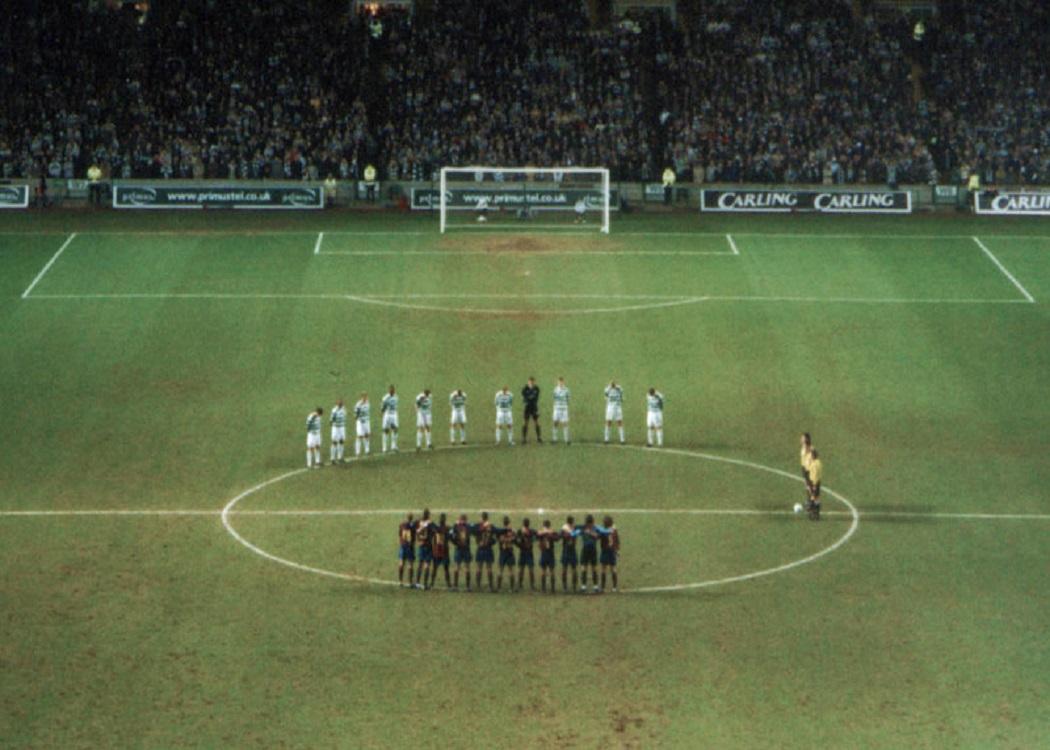 THE practice of observing Remembrance Day at Scottish football games began in 2010. It is not, therefore, a long-standing tradition of any community here.

Since that time it has created division and endless – and often unhelpful – discussions about freedom of thought, remembrance, respect, pacifism and political and cultural division which is less of a debate and more of a continual assertion of fixed positions repeated mantra-like.

It is, in all respects, a war of attrition in which the winner is the one who manages to keep going the longest. We now have an annual festival of contrived outrage where it seems that there are those for whom scanning the airwaves and the television screen for signs of refusal to participate or, indeed, active dissent is more important than paying respect to the memory of those whom they claim to honour.

On the other side there are those who, infuriated by being conscripted into a British remembrance event by virtue of attending a game of football behave in precisely the way that the ‘scanners’ expect and hope for in order to provide justification for the vituperation that follows.

This annual cycle of forced observance, anticipated rejection followed by howling, pre-prepared outrage is tiresome, boring and, more importantly, divisive and totally unnecessary. It didn’t happen before 2010 and it doesn’t need to happen now.

There are many people, like myself, who for genuinely-held reasons do not wish to participate in these ceremonies, to wear any symbol of support or to contribute financially to it beyond what is compulsorily extracted from us via the tax system. We never have, we most probably never will.

However, the overwhelming majority of us – as close to 100 per cent as is statistically possible to say – are quite happy for those who think differently to do so. My evidence for saying so is that I have never heard of anyone going to a Remembrance service to disrupt it.

I assert, therefore, that the rights of those who wish to engage in these ceremonies without interference are fully respected.

Glorifying and lionising the military is how you respect British war dead. In this view heroism, righteousness and morality is associated with only one side in any conflict.

What has happened since 2010 is not about any of this. It is about the increasingly aggressive insistence on conformity around accepting a particular view of the British Army and its activities past and present, and using this to provide justification for current and future wars.

Glorifying and lionising the military is how you respect British war dead. In this view heroism, righteousness and morality is associated with only one side in any conflict.

This is accompanied by a grotesque caricaturing of the poppy as a symbol and the extending of Remembrance Sunday into Remembrance season which extends into weeks and, importantly for Celtic fans, into football stadia where it is forced onto all regardless of their own views on the matter.

In extended reasoned and friendly email correspondence with the then chief executive of Poppy Scotland when this all began, it was acknowledged that the poppy symbol was being misused but that the financial benefit from the association with football was too great to forego.

I would prefer that those fans who do not wish to take part would wait outside quietly in the concourse and enter the stadium after the silence.

I understood that, but I wonder if he still thinks the same five years later. For those who hold these commemorations sacred, do they not feel that they are tainted by the fact that those who would otherwise be silent on the matter are provoked into voicing dissent politely or otherwise?

Do they not feel they are tainted by those who ostensibly are of a similar mind but who ‘honour’ their war dead by bedecking their persons, their vehicles and even their pizzas in ever more garish and outsized versions of a once poignant symbol?

I would prefer that we revert to the pre-2010 position of keeping this activity separate from football. In the meantime I would prefer that the footballing authorities would contrive to ensure that Celtic, with it’s relatively large proportion of dissenters, played at home on that day rather than being at an away ground as we have been in each and every year since 2010.

In the absence of that I would prefer that those fans who do not wish to take part would wait outside quietly in the concourse and enter the stadium after the silence.

However, the blame for this annual entirely distasteful and distressing undertaking lies squarely with the footballing authorities. It is they who have sought to impose one political view on anyone who attends a football match.

However, the blame for this annual entirely distasteful and distressing undertaking lies squarely with the footballing authorities. It is they who have, shamefully and hypocritically, sought to impose one political view on anyone who wishes to attend a football match.

It is they who have encouraged those whose tolerance for the freedom of thought they claim was fought for and purchased by the blood of only British soldiers, is in equal and opposite proportion to the size of their poppy.

The response of some Celtic fans may have done them no credit, indeed it did not, but when you force something down a persons’ throat, it is not uncommon for them to puke it up.