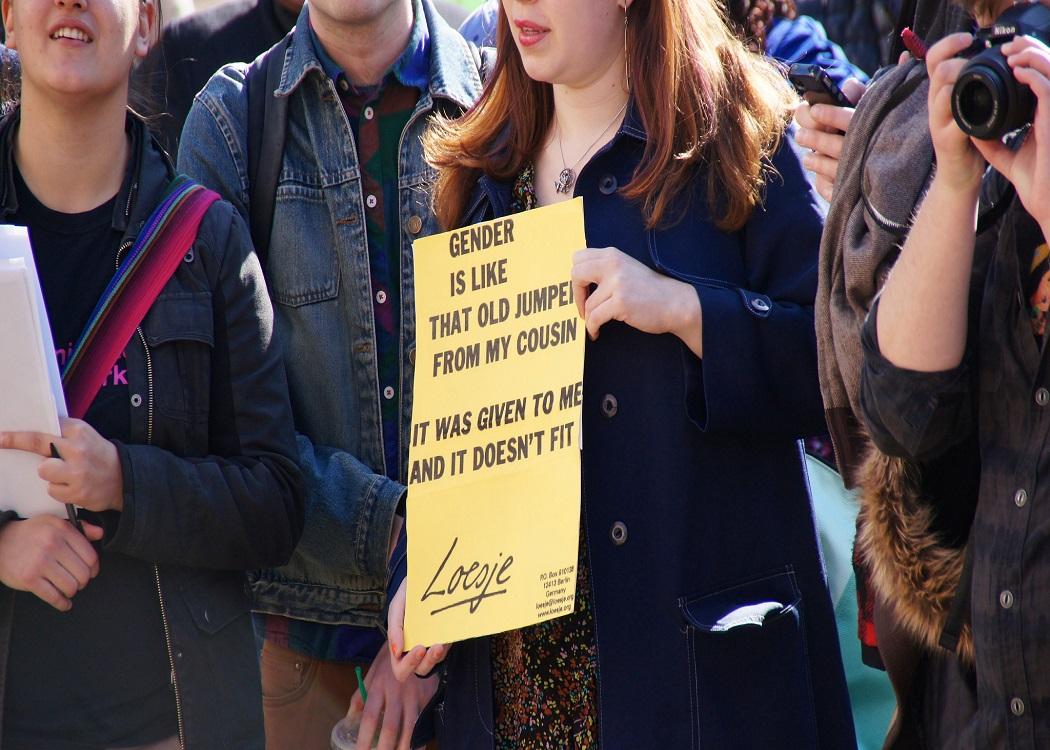 Chair of Trans Media Watch Jennie Kermode details how the organisation has tried to change media coverage of transgender issues, and says media is a two-way process

IN 2008, a survey conducted by the Scottish Transgender Alliance found that 62 per cent of trans people living in Scotland had experienced transphobic harassment, with 11 per cent being victims of physical assault. A quarter of respondents said they’d had to move out of their homes because the people they were living with or near refused to accept them.

Although these things still happen and one still hears horrific stories, they’re getting rarer. Attitudes are changing – and a large part of that has to do with the media. So how did it happen?

Newspaper coverage of trans people used to come in three forms. One was lurid stories about crimes they were connected to, including petty infractions that wouldn’t normally be considered newsworthy.

With inside knowledge of the media, we believed that there were a lot of individuals, some of them in powerful positions, who were ready for change.

One took the form of exposes or outings, especially of people in socially or politically sensitive roles, which had the effect of blunting trans people’s ambitions.

The other kind was the amazing transformation story, sometimes obtained under pressure and running along the lines of ‘big burly builder has operation to become glamorous woman’.

All this contrived to give a very narrow impression of what it meant to be trans and what the process of transition meant. Television, with a few notable exceptions, rarely touched on the matter, and when it did it was usually in the form of mockery.

Almost all these stories focused on trans women; trans men and non-binary people were ignored, and stories about trans children were very rare. All this contributed to the impression that transition was a lifestyle choice people adopted in adulthood, perhaps for sexual reasons – but really, who would choose to live in a way that made them so vulnerable to social exclusion and violence?

There had always been some trans people who tried to fight back, but around the end of the last decade this movement began to gather momentum. The charity I chair, Trans Media Watch, emerged during this period.

With inside knowledge of the media, we believed that there were a lot of individuals, some of them in powerful positions, who were ready for change, and that others would join them if they were educated about trans issues.

Many a quiet word has been whispered in our ears about editors whose staff are waiting for them to die so they can catch up with modern thinking.

Rather than just complaining about negative stories, we explained what the problems were, and we helped them find new ways of exploring the subject. The media always has an appetite for the new, so this was eagerly taken up. We provided resources and links to peer reviewed material to back up our claims, and helped connect journalists with experts.

We also helped them talk to trans people directly – there’s nothing like one to one contact to dismantle people’s prejudices. With lots of other trans organisations becoming more assertive at the same time, there were always plenty of opportunities.

We knew from the start that there would be people who wouldn’t cooperate. Many a quiet word has been whispered in our ears about editors whose staff are waiting for them to die so they can catch up with modern thinking.

There are TV programmes, radio talk shows and tabloid papers entirely devoted to sensationalism, with next to no concern for human beings. Sometimes we have found allies in unexpected places, but for the most part our aim has been to sideline those who are problematic and let the public see them as what they truly are: extremists.

When it comes down to it, media is a two way process. The public is thought of as made up of passive consumers, but media is extremely alert to what the public wants, because most of those at the top are primarily concerned with where the money is coming from.

Start changing minds, then, and the media will start catering to a new mindset, which in turn changes more minds – a process we’ve seen a fair bit of in Scotland in recent times.

In our work to increase understanding and sympathy for trans people, we owe a lot to our predecessors. Women’s groups, anti-racist groups and gay groups have done this before us, going back over a century, so we always knew roughly how to approach it and what to expect.

Change happens when people who feel they have no voice decide to speak up anyway.

None of those other groups have completed their work yet, and we don’t expect to see an end to transphobia in our lifetimes, but if we can make it easier for some families to stay together, if we can reduce the shocking rate of suicide attempts in the trans population (around 45 per cent of people try at least once), it will have been worth the effort.

In making progress, we are cautious, aware that negative as well as positive cultural change is possible – look at how the media have changed attitudes to immigrants, for example. Our hope is that as people become better educated and more savvy about media generally, it will become harder for things to go backwards.

In Scotland today, there is a hunger for progressive politics and positive change. Together we have the opportunity to build a more inclusive society. The media and the arts have an important role to play in that.

Change happens when people who feel they have no voice decide to speak up anyway. Scotland’s cultural institutions ultimately belong to its people, and it’s up to all of us to tell them how to represent us fairly.