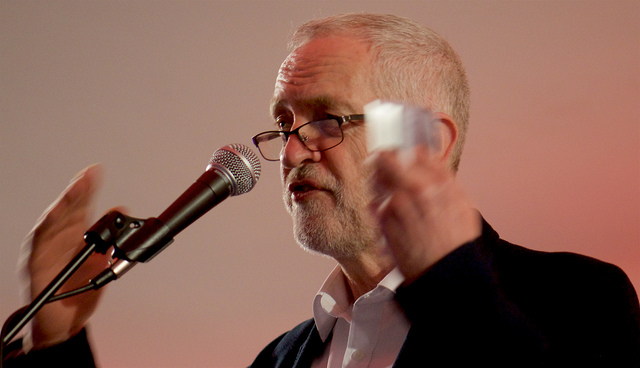 Labour to launch an economic development conference in Scotland that will provide a “clear, economic alternative” to winning back power

LABOUR LEADER Jeremy Corbyn is to launch an economic development conference in Scotland in order to develop an economic strategy aimed at rejuvenating the north-east of Scotland.

No date has been set, but Corbyn told activists at the Labour conference that shadow chancellor John McDonnell would also travel across the UK to gather ideas.

Corbyn said that a “clear, economic alternative” was the key to winning back power.

He added that the conference would involve trade unions, the Scottish party and other stakeholders.

Part of the conference is to develop a decommissioning plan for Aberdeen and Dundee once drilling ends in the North Sea.

According to the Islington MP, the economic strategy would oppose austerity and ensure that there is an industrial and infrastructure development for Scotland

Part of the conference aims is to develop a decommissioning plan for Aberdeen and Dundee once drilling ends in the North Sea.

Corbyn said: “So that conference will be organised, hopefully, in the latter parts of this year.

"It's bottom up democracy, but I tell you what – it works, it's very powerful and very popular." Jeremy Corbyn

"It will be a demonstration of how the Labour party is engaged with everybody seriously about an economic future that does put forward something different to austerity, is about investment, but above all is using the knowledge, imagination and creativity of those that produce the wealth we all rely on to take things forward for us.

"It's bottom up democracy, but I tell you what – it works, it's very powerful and very popular."

David Webster, the manager of the Dundee's port, recently backed the city to benefit from upwards of 1,500 decommissioning jobs which will "definitely" come to the city following a summit arranged by Labour MSP Jenny Marra.

Fracking, trident and the economy: Round up from day two of the Labour Party conference

Dugdale urges Sturgeon to focus on "bread and butter issues"