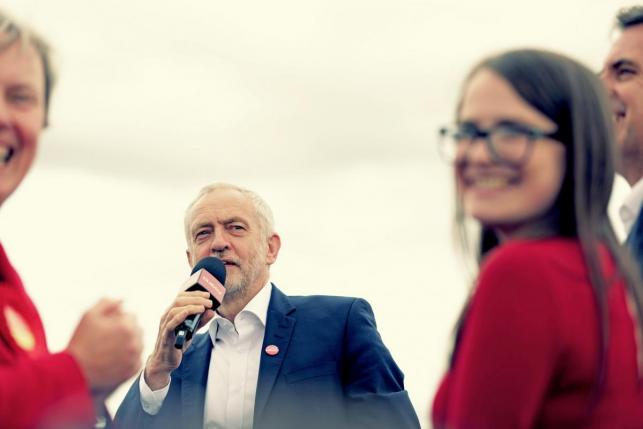 THE LABOUR LEADER has announced plans to bring in rent control as part of a “radical programme of action” on housing, should his party take power at Westminster.

Jeremy Corbyn told the Labour party conference in Brighton on Wednesday [27 September 2017] that following on from “the chilling wreckage of the Grenfell Tower” it will be launching a review of social housing policy which includes building, planning, regulation and management.

Also, as part of his programme on housing, Corbyn told delegates that his party would be listening to tenants as according to Corbyn, they “are not being listened to”.

Corbyn said: “We will insist that every home is fit for human habitation, a proposal this Tory government voted down.  And we will control rents – when the younger generation’s housing costs are three times more than those of their grandparents, that is not sustainable.

“And we will control rents –  when the younger generation’s housing costs are three times more than those of their grandparents, that is not sustainable.” Jeremy Corbyn

“Rent controls exist in many cities across the world, and I want our cities to have those powers too and tenants to have those protections.  We also need to tax undeveloped land held by developers and have the power to compulsorily purchase.  As Ed Miliband said, ‘Use it or lose it’.   Families need homes.”

In Scotland, the Living Rent campaign has been lobbying for rent controls.

Corbyn added that after what happened at the Grenfell Tower fire in London, his party would “think again” about “regeneration schemes”.

Corbyn said: “Too often what it really means is forced gentrification and social cleansing, as private developers move in and tenants and leaseholders are moved out.

“We are very clear: we will stop the cuts to social security.

“But we need to go further, as conference decided yesterday. So when councils come forward with proposals for regeneration, we will put down two markers based on one simple principle:

“Regeneration under a Labour government will be for the benefit of the local people, not private developers, not property speculators.”

Corbyn went on to explain what the regeneration proposals are when he said: “First, people who live on an estate that’s redeveloped must get a home on the same site and the same terms as before.

“Regeneration under a Labour government will be for the benefit of the local people, not private developers, not property speculators.” Jeremy Corbyn

“No social cleansing, no jacking up rents, no exorbitant ground rents.

“And second councils will have to win a ballot of existing tenants and leaseholders before any redevelopment scheme can take place.”

According to Labour, homelessness has doubled since 2010, and 120,000 children do not have a residence that they call their home.

In a speech where Corbyn told the conference that his party would present a different type of government, he said that he would do politics differently, but that it has not been easy.

“Power will be devolved to the community, not monopolised in Westminster and Whitehall.” Jeremy Corbyn

He said: “Not just leaders saying things are different In a way that leaves everything the same – but everyone having the chance to shape our democracy. Our rights as citizens are as important as our rights as consumers. Power will be devolved to the community, not monopolised in Westminster and Whitehall.

“Let the next Labour government transform Britain by genuinely placing power in the hands of the people – the creative, compassionate and committed people of our country.”

“So I have a simple message to the cabinet: for Britain’s sake pull yourself together or make way.” Jeremy Corbyn

Meanwhile, Corbyn called on Conservative government “to pull themselves together or get out of the way” to enable his party can negotiate Brexit for the UK.

Corbyn told the conference: “The Tories are more interested in posturing for personal advantage than in getting the best deal for Britain. Never has the national interest been so ill-served on such a vital issue. If there were no other reason for the Tories to go, their self-interested Brexit bungling would be reason enough.

“So I have a simple message to the cabinet: for Britain’s sake pull yourself together or make way.”