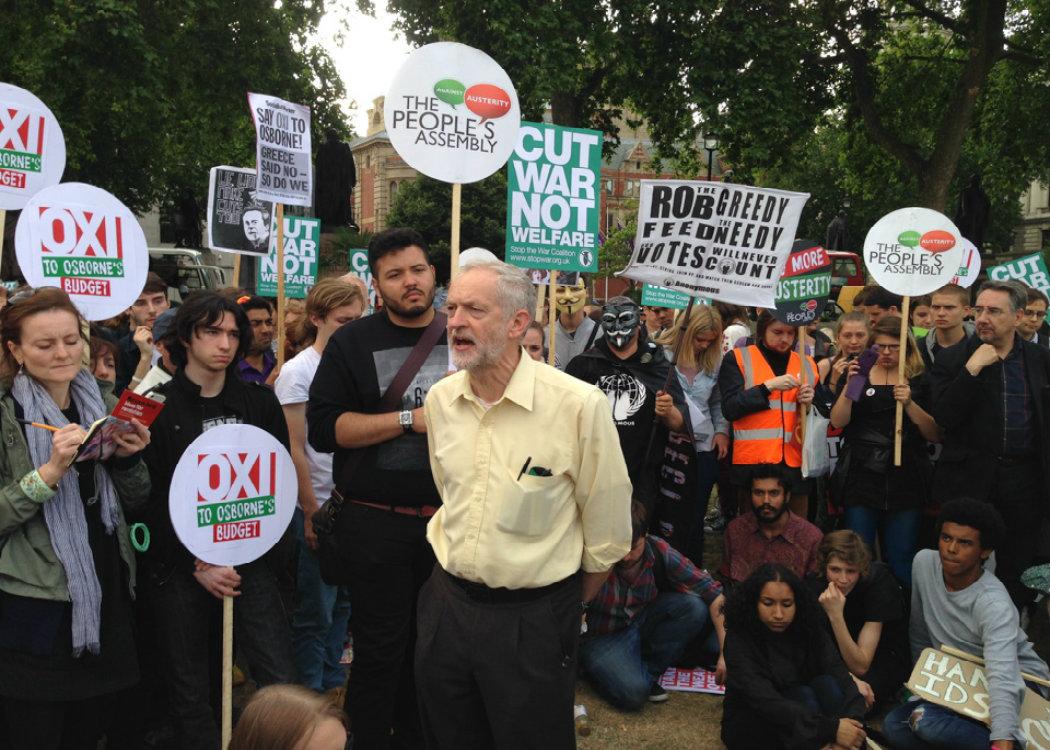 UK LABOUR LEADERSHIP hopeful Jeremy Corbyn faced questions on independence and devolution as he arrived in Scotland for a series of campaign rallies.

The socialist candidate has surged into the lead with a recent opinion poll placing his support on 53 per cent among Labour election voters.

However, Corbyn faced questions over his views on Scottish politics in an appearance on BBC programme Scotland 2015.

Corbyn, who agrees with the Scottish National Party on opposing weapons of mass destruction and further cuts to social security, distanced himself from SNP economic policy, further autonomy for Labour in Scotland and a second independence referendum.

When asked whether he was relaxed about working with the SNP, Corbyn replied: “I’m not a fellow traveller because I think there are problems with some of the SNP economic agenda. There’s problems over the privatisation of CalMac [the ferry company operator]. There’s problems over the issue of ScotRail [railways franchise]. There’s issues with going for total fiscal autonomy what then happens to the Barnett formula.”

Corbyn has said he would work with the SNP if Labour was a minority government, an option rejected by Ed Miliband prior to this year’s General Election.

Last October Johann Lamont resigned as leader of Labour in Scotland, claiming the party was treated as a “branch office” by Labour in London.

When asked about a further referendum on independence, Corbyn stated that his focus was on further powers to combat inequality and would require an agreement between London and Holyrood.

Journalist Jamie Maxwell was given a different account from the Corbyn campaign.

Told by a good campaign source that Corbyn believes Holyrood should have the final say on a second referendum. Wonder who lent on him.

As voting begins in the Labour leadership contest, right-wing Labour figures have continued to criticise Corbyn as unelectable and lacking economic credibility.

Corbyn is likely to face further questions relating to his positions on Scottish politics – which has rarely featured during the UK-wide contest – at rallies taking place today in Edinburgh and Glasgow.

CommonSpace previously analysed the similarities and differences between Corbyn’s political views and those of the SNP.