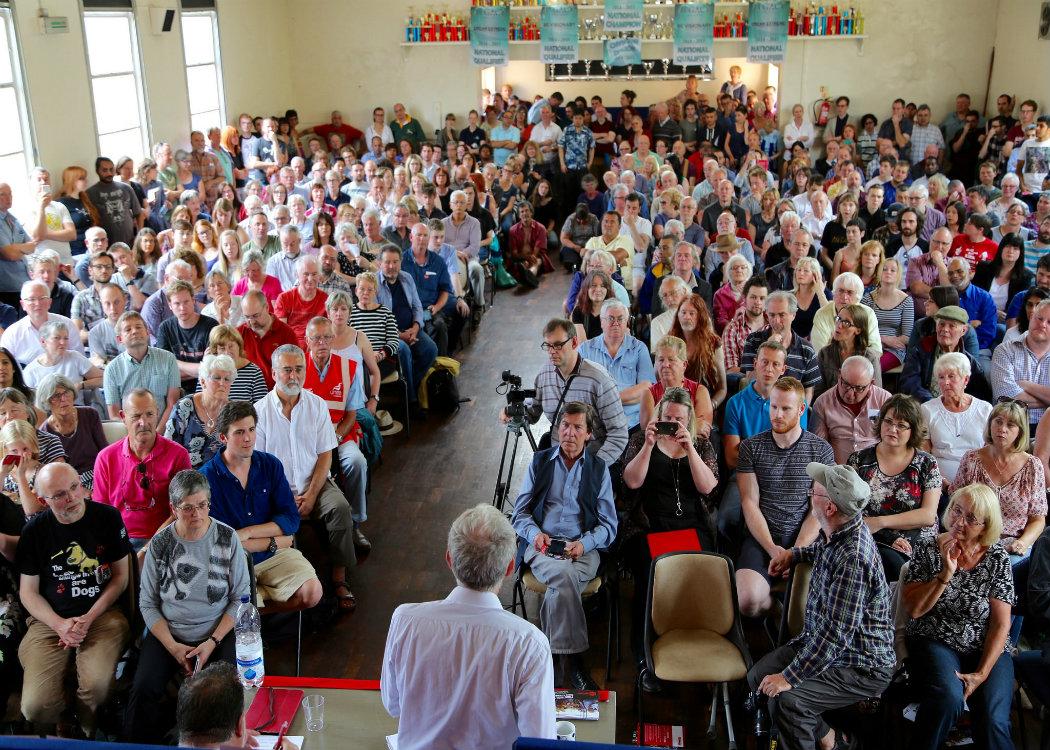 SOCIALIST Jeremy Corbyn MP is holding a commanding lead days before voting begins to decide the new leader of the Labour party at Westminster.

According to polling agency YouGov, Corbyn holds 53 per cent of party support – 32 per cent ahead of Andy Burnham MP in second place.

The third and fourth candidates, Yvette Cooper MP and Liz Kendall MP, received 18 per cent and eight per cent of members’ support respectively.

YouGov president Peter Kellner said he would be “astonished” if Corbyn’s lead did not translate into a victory for the left-wing candidate when Labour announces the result on 12 September. Voting begins on Friday 14 August.

The Corbyn campaign has been driven by the enthusiasm of campaigners to sign-up new Labour members to “take back the party” from its more right-wing leadership.

Since the General Election over 190,000 people have joined Labour, with campaign groups like UK Uncut and Stop the War Coalition encouraging support for Corbyn. He has also been backed by several unions .

However, this surge in democratic interest in the party has not been universally welcomed.

Labour MP John Mann called for the leadership election to be halted due to “infiltrators” who had joined the party to support Corbyn .

Tomorrow [Wednesday August 12] is the final day to join the party and qualify for a vote.

The contest has also split ‘Blairite’ Labour members – who are more right-wing – from left-wing socialist members in the party.

Blairite MP Mike Gapes, when responding in frustration to the poll result, was told by one Labour activist to join the Conservative party. Gapes responded: “You will have to expel me.”

This week Corbyn brings his campaign to Scotland with rallies planned in Aberdeen, Dundee, Edinburgh and Glasgow.

In contrast to other Labour politicians, he has backed closer cooperation with the Scottish National Party .