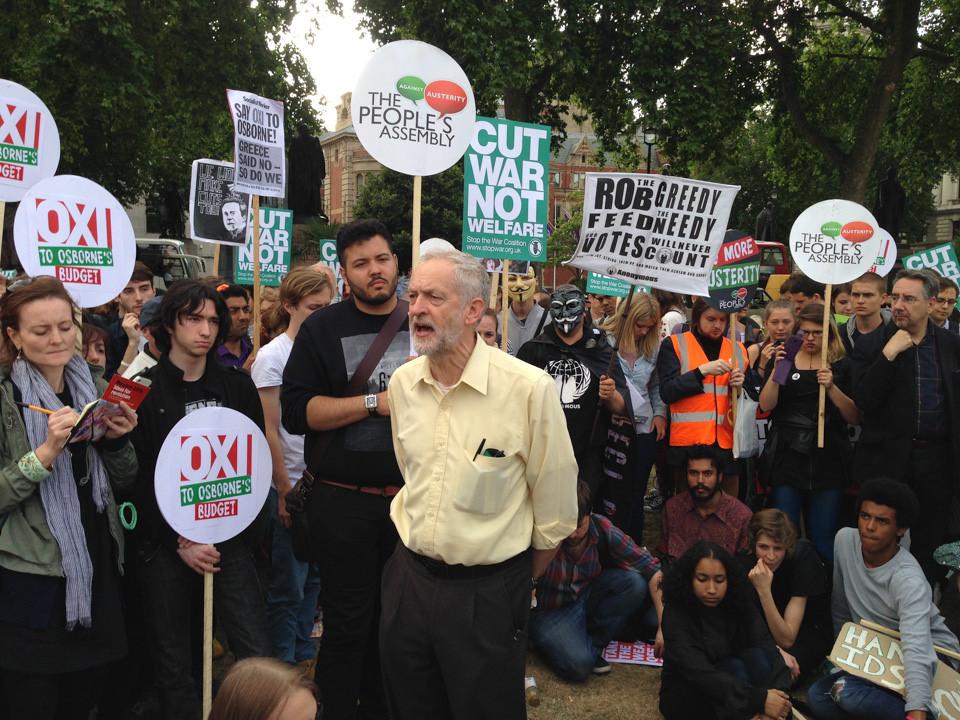 As Corbyn unveils his Vision 2020 strategy to end austerity measures through public investment, we ask, what makes his vision stand out?

AS LABOUR LEADER hopeful Jeremy Corbyn releases plans aiming at building a balanced economy based on high quality jobs and an end to austerity, CommonSpace breeaks down what you need to know from the left-wing campaigning MPs ‘Vision 2020’.

Conventional wisdom in the UK political system states that wealth is created by those at the top, from private equity funds to billionaire entrepreneurs. In Vision 2020, Corbyn argues that this approach actively deters investment in the economy.

Corbyn’s Vision 2020 aims to reshape the narrative surrounding wealth creation by reiterating that it is not merely something enjoyed by elites, but a collective process between public services, workers and creative individuals.

A promise to end austerity

In acknowledging the unbalanced make up of our current economic framework, the foundation of Corbyn’s economic case is that austerity must end, and he argues that the deficit can be brought down in the long run through growing the economy and creating “high-pay, high-skill, high-productivity” jobs through “public investment in public infrastructure”.

He suggests that the TUC’s proposal for a PS10 minimum wage would be “pushing for a genuine living wage”.

The creation of a National Investment Bank

One of the examples provided as to how he would create investment is through the creation of a National Investment Bank. Pushing the notion that infrastructure cannot be left to privatised markets, Corbyn’s vision advocates publicly owned infrastructure. One option he explores is to abolish the PS93 billion annual tax reliefs offered to corporations and utilise the money to establish a National Investment Bank to invest in innovative industries of the future.

Corbyn cites that the UK misses out on nearly PS120bn in tax revenues annually. Of this PS120 billion, PS20bn is tax debt, a further PS20bn is from tax avoidance, and PS80bn derives from tax evasion.

Measures to tackle this include the introduction of an anti-avoidance rule into UK taxes law, the aim of country-by-country reporting for multinational corporations, the reform of small business taxation to discourage avoidance and tackle tax evasion, to enforce regulation of companies in the UK to ensure that they file their accounts and tax returns and pay the taxes that they owe, and a reversal of the cuts to staff in HMRC and at Companies House, taking on more staff at both, to ensure that HMRC can collect taxes.

You can read the full document here.