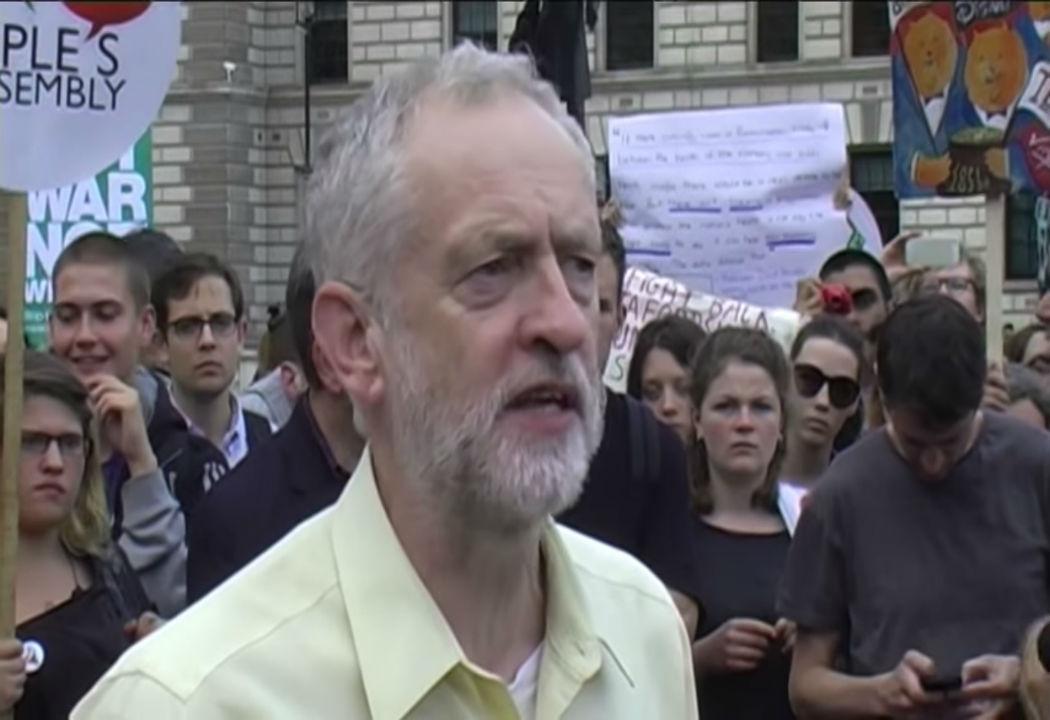 POLITICS can be a strange business: take Jeremy Corbyn’s campaign to be the next Labour leader. The Tories are all but campaigning for the hard lefty to take the reins of the party, while Labour pressure groups plot to stop Corbyn winning a shock victory.

“Good luck, Jezza” is how the Tory-loving Daily Telegraph ends its five step guide to getting Corbyn elected Labour leader. David Cameron has given Corbyn advice for the campaign personally, telling him he needs to pitch himself as “the change candidate” like he did when he beat David Davis to the Tory leadership in 2005.

Meanwhile, Hamas and Hezobollah, militant Islamist movements in Gaza and Lebanon respectively have become a surprise aspect of the leadership debate. Corbyn had a barmy on Channel 4 about whether he considers them to be friends or not.

Whatever you think about that, it’s slightly more interesting than debates about which Labour candidate really is the most in favour of “aspiration”. Corbyn’s taken the leadership contest from turn off to box office.

Who is Jeremy Corbyn MP, and why is he turning UK politics upside down?

Corbyn is the ultimate Labour outsider: he has defied the party whip more than 500 times since 2001 and has never been within a sniff of a cabinet position. Corbyn in the era of the modern Labour party is about as backbench as they come.

The MP for Islington North has no problem associating with the Trotskyist and communist fringes of the British left. He has written a weekly column for the Morning Star for over a decade, and is an expert on socialist politics in Latin America, talking at festivals like Marxism and Dangerous Ideas on the subject for years.

Corbyn lives a frugal life, with one of the lowest expenses claims in Westminster. He doesn’t even have a car, riding a bicyle everywhere. He rents his constituency office from the Ethical Property Company. He has described his beard, which has won parliamentary beard of the year, as a “form of dissent” against New Labour. His suits are a mismatch and he frequently wears cords. You get the idea – Corbyn is a hippy and proud of it.

If there’s a protest in or around London, you will probably find Corbyn there. He has been arrested many times over the years, including being one of eight politicians to be handcuffed for breaking a protest ban outside the South African embassy in 1984 during the apartheid era.

Corbyn is chairman of the Stop the War Coalition, a patron of the Palestine Solidarity Campaign, vice-chairman of the Campaign for Nuclear Disarmament (CND) and also a prominent Amnesty International supporter.

Affectionately from the left and dispassionately from the right, Corbyn is what is known as a ‘unreconstructed socialist’. His politics have changed very little over his more than 30 years in the House of Commons, refusing to follow the political winds, much like the late Labour MP Tony Benn.

His first major policy announcement is a PS10bn plan to scrap tuition fees in England and replace them with maintenance grants, funded through either a higher corporation tax rate, a higher national insurance rate for those earning over PS50,000 or slower deficit reduction.

The MP was critical of Ed Miliband’s leadership of the party for not being left wing enough, being one of sixteen Labour left-wing MPs to sign a letter in January saying Miliband should oppose any further austerity if he wanted to win the General Election.

The 66 year old wants to scrap nuclear weapons, abolish the monarchy, supports a united Ireland, believes Israel is apartheid and should be boycotted, campaigns for re-nationalisation of the railways, wants to raise taxes on the richest in society, is for a PS10 minimum wage and strengthening trade union collective bargaining rights.

The New Statesman revealed private polling showing Corbyn topping the polls for the first round of voting in the leadership contest – a shocking revelation to those in Labour who want the party to move right, not left, after its General Election defeat.

Andy Burnham remains the favourite for the top job, with the preferential voting system likely to work against the #Jezwecan campaign. But Unite the union, Labour’s biggest financial backer with approximately one and a half million members, has thrown its weight behind Corbyn’s campaign and claims to have signed up 50,000 people to the affiliate membership.

The new form of affiliate membership means one has to just pay PS3 to vote in the election, leading to a swarm of those on the hard left paying the fee to get Corbyn in, despite many having little love for Labour itself. The Tory right clearly believe Corbyn will spell electoral misery for Labour as well, with Scottish Conservative leader describing the PS3 as a “bargain”.

Whether he wins or not, there’s no doubt that the socialist hippy from North London has turned the contest on its head, and pushed the candidates of the centre – Burnham and Yvette Cooper – to take notice of the left again.

Both have come out against acting leader Harriet Harman’s statement that the party would vote for the Tory Welfare Bill, under pressure from the Londoner’s shock surge. The consensus in Labour ranks that the party lost in the General Election because Miliband moved it too far to the left has suffered a dent, if not a defeat.

If Corbyn were to win, it would be the greatest shock by a long way in Labour’s internal election history. It would create divisions between right and left in the party like never before seen. Goodness knows what the impact would be on a Scottish Labour party which is struggling for life. Love him or hate him, Corbyn – the perennial outsider – has grabbed hold of Labour and shaken it to its core.