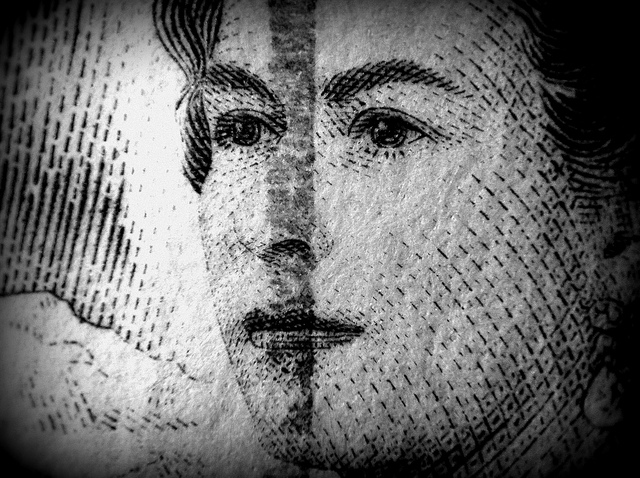 ONE hitherto unremarked aspect of the Brexit fiasco is how it illustrates the failure of the British system of constitutional monarchy to provide an adequate longstop to prevent governments making disastrous decisions. This is not what was meant to happen.

If the British constitution had performed as intended, then the sequence of decisions made by the last two UK governments would have been very unlikely to unroll as it did. This note explains why, but also explains why failure is inherent in the monarchical system.

The way the Brexit process has been handled in fact provides a very strong argument for republicanism. It is a common, and commonly encouraged, misapprehension that the UK monarch fulfils a largely ceremonial role, and has little or no real power.

If the British constitution had performed as intended, then the sequence of decisions made by the last two UK governments would have been very unlikely to unroll as it did.

In fact, the power of the monarchy is considerable, and stems from a variety of different sources. For example, there is the power of patronage: the power of being able to take the reins in times of grave constitutional crisis or breakdown; and the power that stems from the fact that royal consent has to be obtained before any legislation which might affect the rights and privileges of the monarch can be discussed in either the UK or devolved parliaments.

But in addition to disparate sources of power like these, the British monarchy has three fundamental rights. These are, as Bagehot (the 19th century writer on the constitution) put it: “The right to be consulted, the right to encourage, the right to warn.”

It is because of these latter rights of monarchy that each prime minister has weekly meetings with the reigning monarch. While these three rights may not sound like much, they are potentially very significant. As Bagehot said: “A king of great sense and sagacity would want no others. He would find that his having no others would enable him to use these with singular effect.

“Supposing the king to be right, and to have what kings often have, the gift of effectual expression, he could not help moving his minister. He might not always turn his course, but he would always trouble his mind.” (Walter Bagehot, The English Constitution, 1867.)

The failure at head of state level in the current Brexit crisis is not a failure of individuals: it is something which is implicit in the very nature of hereditary monarchy itself.

In Bagehot’s view, therefore, a well-functioning monarch, while not making or executing decisions themselves, would indeed have a powerful role in influencing decisions: and in particular, in helping to steer government away from rash or hasty decisions.

So what questions would a Bagehot monarch of great sense and sagacity have put to David Cameron, as he formulated his Brexit referendum proposals? Or to Theresa May, as she set about implementing Brexit?

Here is a shopping list of some of the questions that should have been asked:-

“This is the third referendum, Mr Cameron, that you have decided to hold. Have you considered the rather profound implications which government by referendum has for the sovereignty of parliament?”

“Surely, Mr Cameron, by calling this referendum, you are likely to achieve the remarkable political feat of uniting two hitherto diametrically opposed groups, – namely, the dispossessed industrial workers of the north east of England, and the Colonel Blimps of the south coast. Have you not considered, in the light of this, that you are actually likely to fail in your attempt to secure a majority for remaining in the EU?”

Let us hope that one positive thing which emerges from Brexit is a recognition that the UK needs a completely different system for selecting its head of state: and that, with that recognition, comes a move towards republicanism.

“Have you considered, Mr Cameron, what the likely implications of a leave vote would be for the Good Friday agreement, and the maintenance of peace in Northern Ireland?”

“Similarly, have you considered the risks for the unity of the United Kingdom, given that remaining in the EU was pitched to the Scots in your last referendum as one of the main reasons for rejecting Scottish independence?”

“Can you, Mrs May, make available to us the economic impact assessments on the effect of Brexit which Mr Davis referred to the other day? We are anxious to discuss with you, in one of our future meetings, the detailed effects which we are sure your studies thoroughly elucidate.”

“We are, frankly, surprised, Mrs. May, that there has as yet been no indication of what my government’s preferred outcome might be for the Brexit negotiations – and, indeed, the Cabinet appears to be divided on this matter. We appreciate you may wish to limit what you say publicly, to preserve your negotiating position. However, such considerations do not apply to our private discussions – so can I have a full outline of your preferred position, and what your fallback options might be, before our next meeting?”

Were such questions actually posed, at the weekly meetings between the queen and her prime ministers? Obviously, given the absolute secrecy which governs these meetings, there is no direct way of knowing. But it looks very unlikely that questions like this actually were asked – because, if they had been, surely the course of events would have turned out very differently from what has happened.

We would have put an end to the whole edifice of snobbery and flattery which the monarchy underpins: not to mention the saving in expense, and the fact that the whole profits of our own Crown Estate could then be put to public use.

Perhaps we should not be too surprised, given the queen’s age, that she has apparently failed to rise to the challenge of being Bagehot’s monarch of great sense and sagacity – with, as a result, potentially disastrous consequences for the UK.

But that surely is the fundamental point: a system which involves putting a 91-year-old in a position of real national responsibility is bound to fail. Nor would it be a satisfactory solution to stipulate that the monarch should abdicate at a reasonable age. Given what has been reported over the past 40 years about the conflicted personality of the heir to the throne, no better result could have been expected under a Charles III.

The failure at head of state level in the current Brexit crisis is not a failure of individuals: it is something which is implicit in the very nature of hereditary monarchy itself, since there will always be many occasions when a hereditary monarch is unfitted, through age or other reasons, for discharging the real responsibilities of a head of state.

So let us hope that one positive thing which emerges from the current Brexit situation is a recognition that the UK needs a completely different system for selecting its head of state: and that, with that recognition, comes a move towards republicanism.

The advantages would be immediate – no more royal weddings, and no more of the faux reverential tones of Nicholas Witchell in the compulsory royal slot on BBC news.

But more seriously, we would have put an end to the whole edifice of snobbery and flattery which the monarchy underpins: not to mention the saving in expense, and the fact that the whole profits of our own Crown Estate could then be put to public use.

But above all, and of critical importance, under a suitable form of republicanism we would have a much better chance of having a head of state who could properly discharge the responsibilities of the role.