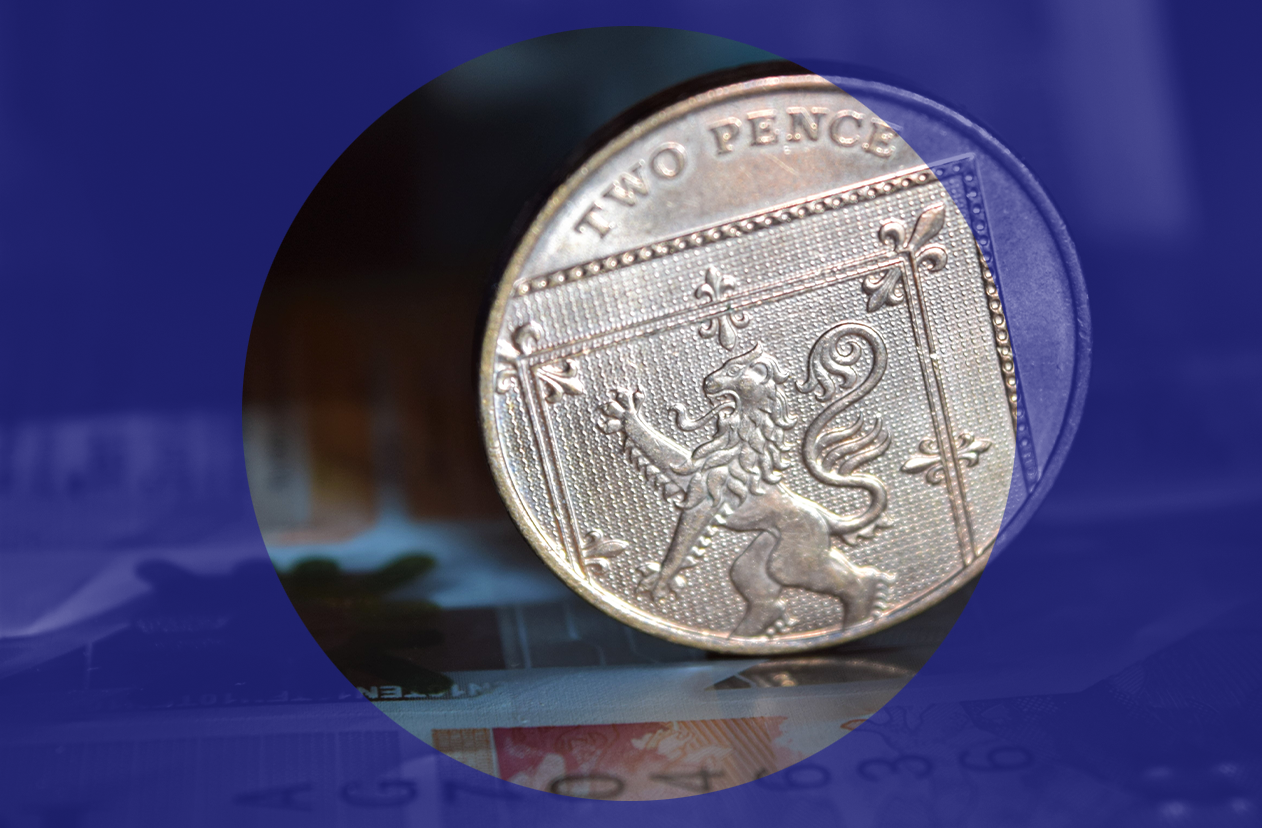 “The essential pre-requisite for the review of the fiscal settlement is that the proposals being put forward should be public knowledge, and should be subject to thorough public scrutiny before they are agreed. Unless this happens, then the danger is that Whitehall will continue with its neo-colonial tricks.”

A PAPER OF MINE published in the latest edition of Scottish Affairs (‘Ambiguous no more: Time to de-mystify the Barnett Formula’, Scottish Affairs vol.29, issue 3) deals with the history and performance of the Barnett Formula, describing a situation which, from a Scottish point of view, is in many ways very unsatisfactory. Here, I will concentrate on an equally important issue: namely, how did the present state of affairs come about, and what can be done about it?

The Barnett Formula is operated in Scotland still reflects a colonial mindset – and that this has to be overcome before improvements can be looked for.

The Barnett Formula was introduced in 1978 by the then Labour Chief Secretary to the Treasury Joel Barnett as a means of determining changes to the block grant paid to Scotland (and to the other territorial departments, Wales and Northern Ireland). It was from the block grant that the secretary of state for Scotland funded the bulk of the services for which he was responsible, and during the initial phase of devolution, from which the Scottish Government funded most of its expenditure. The intention of Barnett was to have a mechanistic formula for determining changes to the block grant – which simultaneously took this aspect of administration largely out of focus from public debate and policy wrangling.

A major change in the operation of the formula took place after the 2014 independence referendum. With the granting of major tax-raising powers to the Scottish Government after the referendum, a new fiscal settlement was required for Scotland. However, it was part of the famous vow made by David Cameron et al that Barnett would be retained. This was achieved by means of a new arrangement, which was announced in February 2016 after extensive – and secret – negotiations between Westminster and the Scottish Government.

Under this arrangement, there would still be a block grant for Scotland, and this block grant would be determined by the Barnett Formula as before. However, to allow for the revenues which the Scottish Government would now be raising directly, and which would no longer go to Whitehall, there would be an offsetting deduction from the grant, the so-called Block Grant Adjustment, or BGA. The BGA was designed to be initially neutral: however, the really tricky point is how the BGA should change through time.

The Treasury’s initial position in the fiscal settlement negotiations was that the BGA should be increased each year in line with the percentage increase in the corresponding tax revenues in England. This was actually a hard negotiating stance by the Treasury – a ridiculously hard stance, in fact. Since Scotland’s population chronically grows more slowly than that of the rest of the UK, the Treasury proposal would have meant that, in order to receive the same revenues as under the old Barnett formula, Scotland would have had to grow its per capita tax receipts significantly faster than the rest of the UK.

After these negotiations, the Treasury conceded that, for the initial five years, Scottish revenues should be protected from the effects of relative population decline. What was eventually agreed was that (taking the BGA for income tax as an example) the BGA should be increased by the annual growth rate in English income tax receipts, divided by the relative rate of population growth in England compared to Scotland.

Throughout the period of its operation, two strong and contrasting views have been widely held about the Barnett Formula. On the one hand is the view that the formula is a convergence mechanism, which would in due course deliver parity of aggregate per capita spend on the relevant services between the different countries of the UK. The opposite view is also widely held: namely, that Barnett protects the relatively high levels of per capita spend in Scotland on devolved services.

In fact, neither of these contrasting views is correct, but neither is totally wrong, at least as regards the period of operation of the old Barnett Formula up to 2015. A major contributory factor is the way the old formula interacted with Scotland’s relatively slower population growth. At times when overall public expenditure growth in England is slow, and if, as normally happens, Scotland’s population was growing more slowly, then the operation of the old Barnett Formula would tend to protect relative per capita spend in Scotland. But when the nominal growth rate of public expenditure in England was relatively high, the operation of the formula would push per capita public expenditure in Scotland down closer to levels in England.

The effect was that old Barnett had some of the characteristics of a properly functioning monetary union, in that public expenditure in Scotland tended to be relatively protected in times of austerity. The way Barnett operated was also very convenient from the point of view of Westminster, which was able to present the operation of the formula in a different light to different audiences. The ability to do this was greatly helped by the obscurity which surrounded the actual calculations, which were diligently kept under wraps by the Treasury. The Treasury, on occasion, also bypassed the formula as it saw fit, sometimes to the benefit of Scotland (for example, by funding certain national public sector pay increases in full in the early years of the formula’s operation).

Of course, we shouldn’t get dewy-eyed about the old Barnett Formula. It was precisely at the time that the Treasury was, on occasion, bypassing the formula in Scotland’s favour that the Exchequer was extracting very much larger sums from Scotland by way of oil revenues – and keeping very quiet about it.

The effect of the funding model post-2016, however, is potentially very harsh for Scotland. While the ‘vow’ was technically fulfilled by keeping Barnett as one component of the new system, the overall effect is to place Scotland in a position of considerable risk of becoming locked into an adverse cycle of relative decline. The dynamics of the feedback effects in system are such that an adverse cycle, once established is likely to be self-perpetuating, and even self-reinforcing. Suppose that Scotland is underperforming relative to England in the growth rate of per capita tax receipts, so that the BGA indexation arrangements are squeezing down public expenditure in Scotland relative to England: a Scottish Government would have basically two options.

Either way, there is a real danger, once Scotland lags behind, of a self-perpetuating cycle becoming established.

It is much too early at this point to say how the dynamics of these potential feedback effects will actually play out. It is also rather too early to say much about how the new fiscal settlement is performing in its early stages, even before feedback effects have had a chance to kick in (for example, outturn data on what the receipts from Scottish income tax actually were in 2019/20 will not be available until the summer of 2021).

Estimates in the Scottish Budget for 2020/21, published in February 2020, indicate that, in 2018/19, Scotland received £78 million less under the new fiscal settlement than it would have received under old Barnett – that is, the BGA in 2018/19 is estimated to exceed the tax revenues Scotland will have raised itself by £78 million. In 2019/20, on the other hand, Scottish revenues are estimated to be £85 million greater under the new settlement than would have otherwise been received.

It must be remembered, however, that Scottish tax revenues will have been increased by the policy decisions the Scottish Government has taken on tax, which will have had a net positive effect: figures from previous Scottish Budgets suggest that Scottish Government decisions on income tax, the additional dwelling supplement, and on non-residential land and buildings transaction tax, together with income foregone through decisions on non-domestic rates relief, will have a net effect in increasing revenues of around £200 million in 2019/20. This implies that a significant part of the Scottish tax increases is, in effect, likely to be swallowed up by the block grant adjustment mechanism. If so, this is clearly not a comfortable position to be in.

Overall, what can be done about the very unsatisfactory situation which the post referendum fiscal settlement represents? The starting point lies in understanding that both versions of Barnett – the pre-2015 incarnation and the post referendum version – can best be understood as typical realisations of a colonial mindset.

Barnett pre-2015 can be regarded as the kind of technique which would be applied to a colony which was under direct control – the sort of approach which might have been applied under an old-fashioned Governor General (or, as we knew him, Secretary of State). The essence, as well as direct control, is ambiguity and obscurity – all of which were marked features of old Barnett. Similar ambiguity and obscurity characterised British colonial rule in Ireland, as was pointed out in a secret report commissioned by Michael Collins on British rule operate: “Ambiguity was a marked feature… as was elasticity of the entire system”.

Of course, when a colony moves on to limited self-government (or devolution, as we know it), the colonial approach has to evolve. The way in which Whitehall pursued this evolution was brilliant: the new fiscal settlement was developed under a very tight timetable and in secret negotiations with the Scottish Government, so there was no chance of adequate scrutiny or public debate. When the Treasury “reluctantly” moved away from their initial unreasonable negotiating position to what became the eventual settlement, the Scottish negotiators rather gullibly persuaded themselves that this represented a great triumph on their part. Having claimed a triumph, this meant that the SNP had effectively taken ownership of, and responsibility for, the new system.

The new local governing elite, in their naiveté, had well and truly fallen into the Treasury trap. If they could not make the new system work, they would take the blame, while we are all likely to suffer as they try to make an unworkable system perform.

What can be done? Well, an opportunity should present itself shortly. The post-referendum fiscal settlement was scheduled for review after five years of operation: so a review should take place in 2021. It would be unfortunate if, because of Brexit or Coronavirus, this review did not take place.

Assuming the review goes ahead, the most important thing initially will be to ensure that the review processes are quite different, and much more open, compared to last time round. Put quite bluntly, if the negotiations are conducted in secrecy, we cannot trust our new local elite not to give away vital ground.

The essential pre-requisite for the review of the fiscal settlement is that the proposals being put forward should be public knowledge, and should be subject to thorough public scrutiny before they are agreed. Unless this happens, then the danger is that Whitehall will continue with its neo-colonial tricks, fooling the local elite into acting as an unwitting tool in imposing policies which are not in Scotland’s interest.