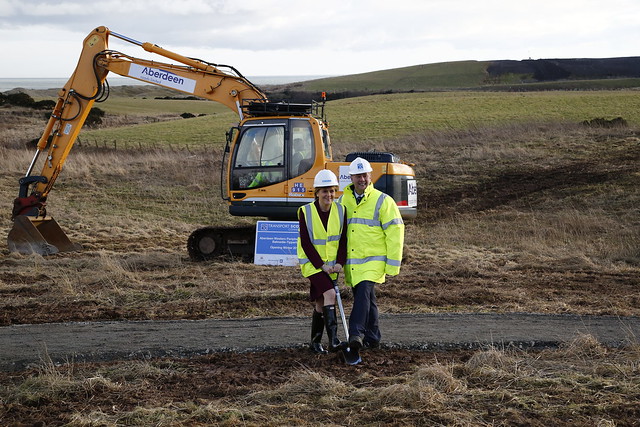 Jim Cuthbert, former civil servant and statistician, argues that a confluence of interests has created a comfort zone whereby the Scottish Government’s infrastructure quango, Scottish Futures Trust, is not accountable for its performance

THE Scottish Futures Trust (SFT) is recognised as a major initiative of the Scottish Government, and is responsible for delivering much of Scotland’s public infrastructure through mechanisms like its hub and Non Profit Distributing programmes.

And yet there is a fundamental problem – namely, the difficulty of answering basic questions like: what is the opportunity cost to the public sector of undertaking public procurement via the SFT? And how much scope is there for the private sector partners in SFT projects to earn excess profits?

This is not to say that the SFT does not publish a lot of information: it publishes a fair amount. The problem is – what is published is the wrong sort of information to answer the key financial questions. The data to answer such questions is buried in the financial projections for individual SFT projects. But these projections are released late – probably four years or so after the relevant contract is signed: and the projections themselves are poorly documented, and pretty impenetrable.

A paper of mine published in the most recent Fraser of Allander Economic Commentary analyses the financial projections for three of the SFT’s hub projects. It is not my intention to repeat here the detail in that paper – other than to say that the evidence suggests that there are indeed grounds to be concerned about the cost of these schemes, and about the potential for excess private profit. The implication is that the SFT’s hub programme, and, by extension, other SFT programmes, should be getting a degree of monitoring and scrutiny which they are not currently receiving.

The Fraser of Allander paper makes a number of commonsense recommendations about what could be done: and these are set out below. These recommendations seem to be absolutely straightforward: and there appears to be no reason why they should not immediately be implemented. Which leads to the question which is the topic of this note; namely, why has monitoring like this not been implemented already? What I argue here is that the present unsatisfactory level of information persists because of unwillingness to disturb the tranquillity of a number of distinct, but overlapping, comfort zones.

To understand what is going on, it is necessary to look at the different players in the system.  The key players involved are the SFT, the Scottish Government, the public sector clients commissioning SFT projects, the private sector companies delivering the projects, and the Scottish Parliament, where its Public Audit Committee is responsible for scrutinising SFT activities. Any of these bodies could have ensured that proper monitoring was implemented: why has none acted? Of course, we don’t know: but based on the reactions when monitoring information has been requested, the following speculation looks reasonable.

Let’s start with the SFT. All bodies, public or private, want to appear successful – and a major part of that is meeting the success criteria which have been set for them. This is where a primary problem arises with the SFT. The Scottish Government has set the SFT performance target of delivering substantial savings. For example, to quote from the SFT’s Annual Report for 2017/18, “The Scottish Government set SFT the challenging target of achieving between £500 million and £750 million of savings and benefits during the 2014-19 corporate plan period.” This is a target which, on paper, the SFT claims to be meeting fairly comfortably. For example, in its 2017/18 report, the SFT claimed savings to date of £558 million during the corporate plan period: in other words, it had already achieved its target with a year to go.

This looks good: but there is a problem. This relates to the way SFT calculates its claimed savings. Savings are calculated by looking at the volume of activity (effectively the turnover), on various functions related to SFT programmes, and by then applying an estimated “effectiveness factor” to the volume of activity. To give an example: according to the latest version of the benefits model published on the SFT website, SFT are planning to achieve savings and benefits of almost £1.5 billion over the ten year period from 2010 to 2019. Within this total, the largest single category of benefit relates to Scotland’s Schools for the Future programme, which is projected to contribute a saving of £485 million. This is calculated by taking as the relevant volume of activity for this programme the total capital value of the schools being built – namely of £1.957 billion: and then applying an effectiveness factor of 25 per cent to this total. It would indeed be very nice if, because of the SFT, we were getting 25 per cent more schools for our money than we would otherwise: but the 25 per cent figure is so broad and round, that the suspicion must remain that this is effectively a meaningless estimate.

Similar doubts attach to other elements of SFT’s claimed savings. For example, the second largest element in the ten year total saving relates to “asset management”, which is projected to yield a saving of £311 million over the ten year period. This appears to have been calculated largely by applying an effectiveness factor, again of 25 per cent, to the total value of property disposals by bodies like health boards and local authorities.

So, in other words, the Scottish Government has set up success criteria for the SFT which can be fulfilled on the basis of a high level paper exercise, based upon applying dubious effectiveness factors to total activity, and which tells us virtually nothing about what is happening to individual schemes on the ground. So of course, given that it can demonstrate “success” without going into possibly painful detail, the SFT has no incentive to implement proper monitoring.

But what about the public sector partners, the health boards and local authorities who are the customers for SFT schemes. Surely they have a direct vested interest in good scheme level monitoring, to ensure that they are not paying over the odds? But again, the situation is not that simple.

One problem is lack of expertise. A concomitant of the development of the SFT has been a hollowing out from public sector bodies of the expertise they used to possess in-house in specifying and managing public works contracts: so the ability of the public sector clients to ask the right questions, and understand the answers, has been much reduced. In addition, the way some SFT schemes are funded has clouded responsibility. When the Scottish Government is offering to fund directly some two thirds of the cost of major schools projects, if they are undertaken through SFT, then the incentive to look too closely at value for money is reduced.

As regards the private sector companies involved in SFT activities, it is easy to understand their motivation. If there are comfortable profits to be made in many SFT projects, then the private sector participants naturally have a strong incentive for keeping as much as possible under the cloak of commerciality in confidence.

Which brings us to the Scottish Parliament’s Public Audit Committee (or, to give it its full title, the ‘Public Audit and Post-legislative Scrutiny Committee’). This committee has responsibility for, among other things, scrutinising the financial performance of the Scottish Government and public bodies, and for examining the economy, efficiency and effectiveness of the public sector: so included in its remit is scrutiny of the SFT.

To date, the committee has signally failed to get to grips with the kind of financial detail necessary for understanding what is really going on with the SFT. Anyone who wants evidence of how spectacularly the committee has failed in this should read the transcript of the Committee’s meeting of 7 December 2017, for example.

If one was being charitable, one might say that the committee has tended to concentrate on other aspects of SFT performance, e.g. the management of specific projects. In a sense, looking at project management issues on large projects may be something of a comfort zone for the committee, where issues of cost over-run and delay are easily flagged, and will often have specific constituency relevance for committee members.

Another question is whether the Public Audit Committee is being adequately supported.  It is unfortunate, for example, that to date Audit Scotland has done relatively little by way of scrutiny of SFT activities. It is encouraging that Audit Scotland is now embarking on a major performance audit on the SFT’s non-profit distributing and hub models: but this is relatively late in the day. It is to be hoped that, when the Audit Scotland report is available, it will give the Audit Committee suitable material to get their teeth into. But as things presently stand, the Public Audit Committee is not adequately discharging its remit as regards the SFT.

Overall, the conclusion to be drawn is that it is perhaps understandable, but none the less not excusable, that none of these bodies have seen fit to leave their comfort zone, to properly address the issue of effective monitoring of the financial aspect of SFT performance on programmes like Hub and NPD. With the right will, the solution would be simple – the proposals set out in the Fraser of Allander paper, for example, would do the trick. These proposals are that:

i) A standard set of indicators should be specified: and these should be produced as a required by-product of the financial models for all Hub projects.

iii) Two years after each scheme becomes operational, SFT should publish the values of the indicators for that scheme. This would be consistent with SFT’s policy that the financial projections for individual schemes should cease to be confidential after this lapse of time.

This is not rocket science. The question is, who is going to provide the necessary impetus on the SFT, the Scottish Government, or the Public Audit Committee, to make sure that the necessary actions are put in place? To achieve anything, appropriate public pressure looks essential.