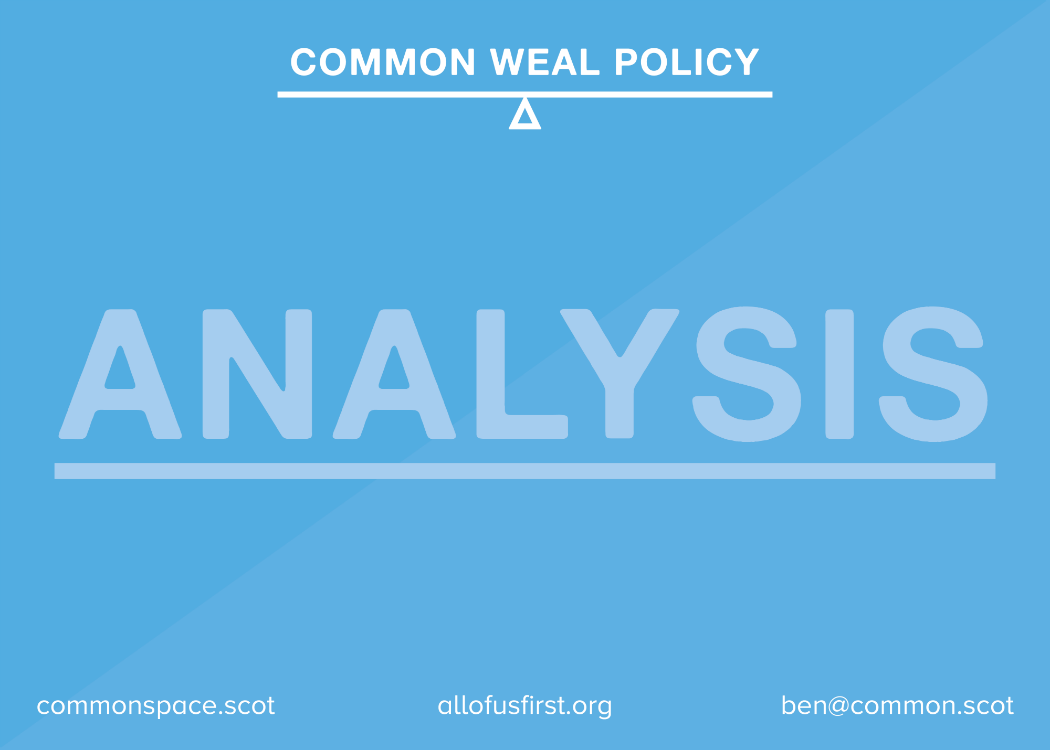 Jim Cuthbert spoke at an Open the Books on PFI/PPP meeting on 3 May in Edinburgh organised by Common Weal, People Vs PFI and Jubilee Scotland. We publish his speech here. You can find the research of Jim and Margaret Cuthbert, including a whole section on PFI/PPP, at their new web address www.jamcuthbert.co.uk .

1. I AM going to talk about some aspects of PFI, and also the Non-Profit Distributing, (NPD) model: in particular I am going to look at some things we should be doing if the disaster of PFI is not going to repeat itself.

2. PFI was set up under the Tories, but then enthusiastically taken on by the Blair /Brown labour government. By getting capital spend “off the books” of the public sector, it offered a way of undertaking badly required capital expenditure, without breaching capital spending limits. But the requirement to get PFI projects off the books in terms of government accounting rules had fundamental consequences. The chances of doing this were greatly increased if provision of capital assets was bundled up, “non-separably”, with the provision of associated services, like maintenance, catering and facilities management. So this led to complex, long, and typically large, projects.

3. Experience with PFI in due course revealed a lot of problems. One whole set of these relates to the adverse effects it had on local industry and economic development. Margaret Cuthbert will talk about these, so I won’t. But other problems with PFI were:

– Capital assets may be “off the books” – but still have to be paid for: so there is a real danger that this is a way of taking on concealed, but unsupportable, debt.

– A major part of the cost justification for PFI is transfer of risk to the private sector: but, in fact, it became clear that often risk was not transferred: (and one thing the Edinburgh schools project indicates is that risk could go in the other direction, because there are extra risks associated with large “all eggs in one basket” PFI projects.)

– Excessive cost – one hospital for the price of two.

4. There were many causes:

– Blind faith in the value of private sector solutions, particularly when accompanied by a hollowing out of public sector expertise.

– Lack of competition: as one prominent PFI contractor noted in an unguarded moment, “tender costs and complexity limit competition.”

5. But one major factor which, while not a primary cause, nevertheless rendered the whole debacle inevitable, was the poor quality of monitoring. It is interesting to look at this question of monitoring in detail. There are actually three levels at which it is important to monitor.

– Individual project level: only when you can see, and analyse, the detailed contract for a project, and the full financial projections, can you discover what is actually going on. To give an example – if the equity holders are taking on a significant amount of risk, then a 15% target rate of return on equity looked reasonable, according to the Treasury. However, what the Treasury missed is that the equity returns on a PFI project are commonly scheduled to accrue late in the life of the project: so that the outstanding capital on which the return is earned builds up. In fact, in 8 schemes we analysed in detail, the average outstanding debt on which the equity return was being earned was more than twice the input of equity capital: in one case, almost three times. If the return on equity is being earned on a high average outstanding debt, then this greatly increases the profit that the equity holder can extract from the project if, as is common, the equity holder sells their stake to, say, a pension fund, soon after the completion of the construction phase of the project. This is one major explanation for the excessive profits which equity holders are able to extract in many PFI schemes. Treasury missed this basic point.

– Local authority budgets. What is the pressure being put on local authority budgets by the contractual commitments in PFI contracts? This needs to be addressed by some sophisticated modelling. Leaving this to individual authorities on a project by project basis neglects the effects of cumulative over-optimism.

– Macro-economic level: what is the actual burden of implied capital liabilities which the government has taken on, and which does not show up in the formal figures for public sector debt.

6. Under PFI, all three aspects of monitoring have been handled abysmally.

– It was, and is, very difficult to get unredacted contracts and financial models. Largely because of a sympathetic former Information Commissioner, and the diligence of Unison, we actually got the full models for about 10 early schemes. But even that was extremely difficult: and sources of detailed contract and financial projection information have now largely been blocked.

– Proper modelling of the pressure on authority budgets just does not seem to have been done.

– Macro-level assessment of capital liabilities, even at UK level, is inadequate. The national accounts prepared by the Office for National Statistics, which adopt a very restrictive approach, measures a contingent liability of about PS5 billion at UK level for capital liabilities relating to PPP/PFI schemes. The Treasury’s Whole of Government Accounts, (WGA), which adopt a broader definition based on International Financial Reporting Standards, (IFRS), estimate the liability for future payments on such schemes at PS37.8 billion, as at March 2014: (“Wider Measures of Public Sector Debt”: Hayes et al.: ONS). But in fact, even the WGA approach is probably a significant understatement, since it counts only the future capital sum to be repaid – whereas a more accurate, and probably much higher, figure would be based on the Net Present Value of the future stream of contracted capital and interest payments, discounted at current public sector borrowing rates. This figure could well be twice the WGA estimate.

7. PFI is now effectively in the past, (though we are, of course, living with the consequences.) We now have the NPD model in Scotland – (a model where, indeed, we played a small part in the original thinking leading to its development.) The logic of the NPD approach is to take out the potentially unrestricted reward to equity holders which occurs in the form of dividends. In the NPD model, there are two main sources of capital finance, namely, senior debt and subordinate debt: the return to the equity holders is through the interest rate on subordinate debt. We were in fact lucky to obtain the financial projections for two early NPD schemes: and analysis of these indicated, (based on that very small sample), that the characteristics of these schemes were indeed very different from previous NPD schemes. But there were other issues: e.g., initial borrowing looked large: there were issues over risk transfer being potentially overstated. (For more detail on this analysis, see the paper “Analysis of the Financial Projections for Two Non-Profit Distributing PFI Schemes: and Implications”, dated September 2008, which can be found under Theme 3 of our website.)

8. However, particularly since the formation of the Scottish Futures Trust, (SFT), the flow of monitoring information is very limited.

– We have not had access to any detailed financial projections for individual schemes: these now appear to be very difficult to obtain.

– There is no evidence of appropriate modelling being carried out, under a range of different scenarios, of the burden of contractual unitary charge payments on authority budgets.

– At macro- level, the Scottish government sets a prudential target that its commitment to revenue payments relating to NPD and other similar schemes should not rise above 5% of the Scottish government’s Departmental Expenditure Limit, (DEL): (such payments would be, for example, the level playing field payments which the Scottish Government commits to making to local authorities in support of NPD projects). While this prudential monitoring is welcome in so far as it goes, it rather misses the point. If authorities hit serious problems on their contractual payments, these problems are likely to migrate to the DEL, making the 5% prudential target vacuous.

9. It is important to make one final point. This evening we have been concentrating on PFI, and its Scottish successor NPD. But NPD is not the only form of revenue financed capital which is being pursued in a big way in Scotland just now. Another entirely different approach is Revenue Asset Based, (RAB), finance, which is currently being employed to fund much rail investment in Scotland. RAB finance, which is used to fund capital investment in all UK utilities, is probably a bigger, and more wasteful scandal even than PFI. In concentrating on PFI/NPD, we should not lose sight of the importance of a critical revamp of RAB finance. (See, e.g., the paper “Charging for Utilities, and Energy Infrastructure: How taking a cohort perspective strengthens the case against current cost charging” dated January 2014, on Theme 3 of our website, for a detailed critique of the RAB approach.)

Overall, if there is one message to be taken from this talk, it is that it is essential we improve the monitoring of NPD schemes, and other forms of revenue funded capital: if not we can be absolutely sure, given the scale of revenue funded capital expenditure which the Scottish government is stimulating, that we will run into serious problems of one form or another.