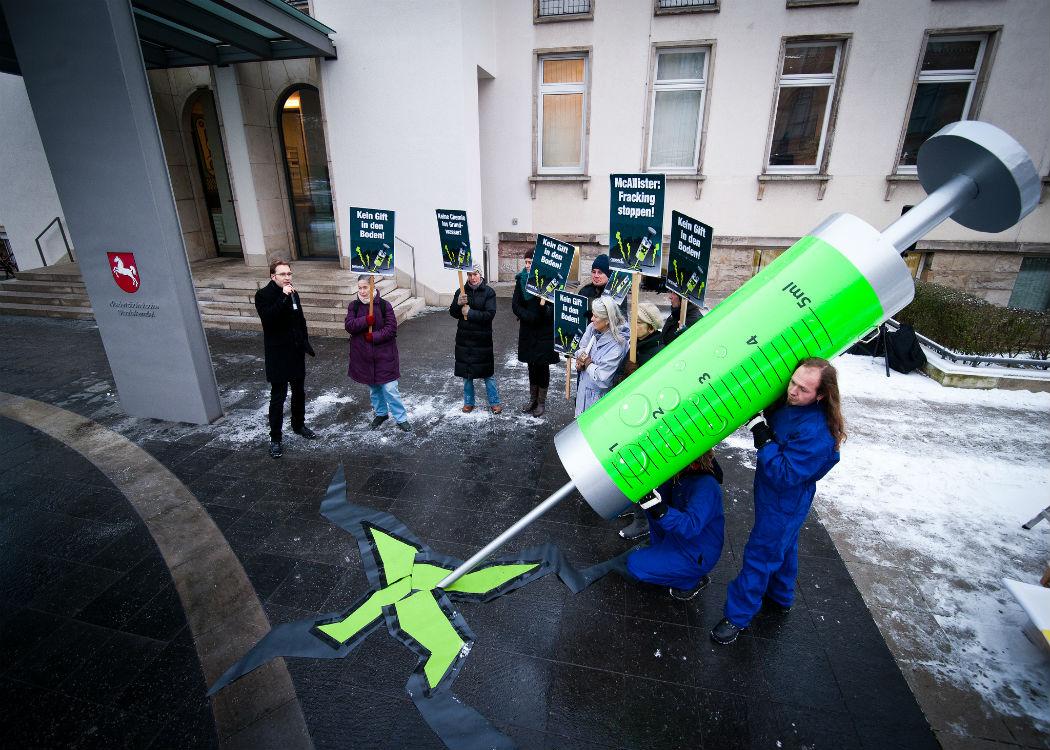 Murphy under fire as Scottish Labour MPs refuse to back a moratorium on fracking, but Labour claim victory after Tories U-turn.

JIM Murphy, leader of the Labour party in Scotland, has been accused of political posturing after Scottish Labour MPs abstained on a fracking moratorium despite Murphy stating last week that the party in Scotland would oppose fracking.

“Scottish Labour have proven themselves to be a complete sham on fracking,” Weir stated. “After a weekend of posturing Jim Murphy’s MPs failed to back a fracking moratorium. Clearly they are now just announcing policies, any policies for publicity and political gain yet doing nothing to follow them through.”

The moratorium amendment to the Infrastructure Bill, which proposed a minimum of 18 month ban on fracking in the UK while an independent assessment of the environmental impact took place, was proposed by Labour, Green, Lib Dem and Plaid Cymru MPs, and supported by the SNP.

The amendment was overwhelmingly defeated by 308 votes to 52, with the vast majority of Labour MPs abstaining.

Jim Murphy stated last week that he would use the powers of the Scottish Parliament to stop fracking, saying: “People are rightly concerned about shale gas. They are worried that it will be imposed on their community against their will and without their consent. I will not let that happen.”

Murphy’s position is in contradiction to Ed Miliband, UK Labour leader, who has refused to oppose fracking outright. Murphy did not turn up for the vote at Westminster. His fellow Labour MPs officially fall under Murphy’s leadership as Scottish Labour leader, but are also whipped by the UK party on votes in the House of Commons, and joined the majority of the UK party in abstaining on the vote.

However, Labour declared victory after the Tories accepted one of their amendments to the Infrastructure Bill, to tighten environmental regulation so that fracking was banned in national parks, areas of outstanding natural beauty and in areas where drinking water is collected.

Tom Greatrex, shadow Energy Minister and Scottish MP, stated: “This is a huge U-turn by the government and big victory for the protection of Britain’s environment.

“Now, thanks to Labour’s amendment, the government has been forced to accept that tough protections and proper safeguards must be in place before fracking can go ahead.”

Greatrex still appeared to contradict Murphy’s position, maintaining that shale gas “may have a role to play in displacing some of the gas we currently import and improving our energy security”.

Caroline Lucas, Green Party MP, was critical of Labour’s position: “When it came to a freeze on fracking, Labour abstained. Instead they served up their own superficial tweaks, riddled with loopholes.”

Labour also proposed an amendment for early devolution of the Smith Commission proposal to devolve licensing of onshore gas to Scotland. The amendment fell.

The UK government has already agreed that Scotland will be exempt from the changes proposed in the Infrastructure Bill, which make it easier for energy companies to gain permits to drill for gas, including under people’s homes.

Labour claim the Scottish government already has all the powers needed to stop unconventional gas extraction if they so wish through control over planning permission. Holyrood ministers face making a verdict over whether to allow coal bed methane extraction to go ahead in Airth, Falkirk.

Fergus Ewing, Scottish government Energy Minister, is expected to address the issue in a statement this week.

The UK Environmental Audit Committee assessed the potential impact of fracking in the UK, concluding that the process could be of serious risk to public health and was not compatible with the UK’s climate change commitments.