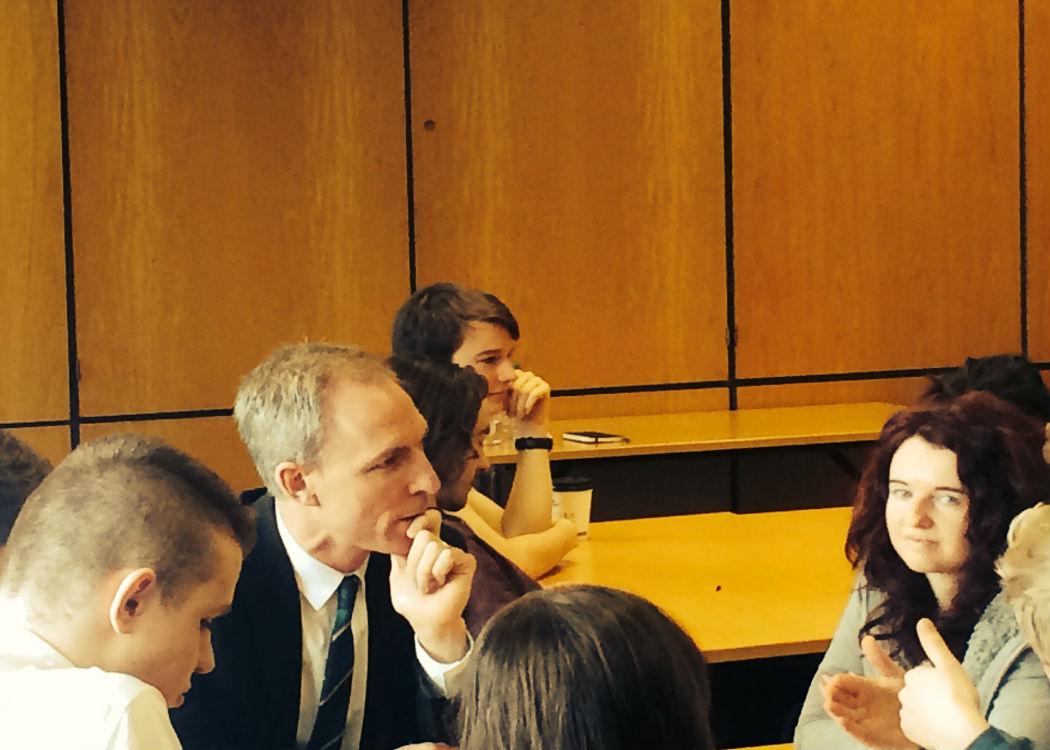 JIM MURPHY has insisted that he has not made a u-turn after announcing Labour’s commitment to keeping tuition fees free in Scotland – despite his own voting record.

The Scottish Labour leader visited Glasgow Caledonian University on Tuesday to state that there would not be a re-emergence of upfront fees if Labour is elected in Scotland in 2016.

But Murphy was called a “hypocrite” by the SNP due to his voting record on introducing tuition fees in England in 1998 and his pro-fees position while president of the National Union of Students (NUS).

When asked by CommonSpace about his previous position that the idea of free tuition was “incoherent, indefensible and unrealistic”, Murphy claimed that ‘the answers are different’ in Scotland than in England.

He said: “I understand the SNP wants to play these games about what people said decades ago but this issue is more important than that.

“The answers in England are different from the answers in Scotland. The fact is I’m leader of the Scottish Labour party and as long as I remain leader tuition fees will remain free in Scotland.”

Murphy repeated that Labour had “set out a plan that says tuition fees will remain free”.

“We abolished them in Scotland and we’ll keep it that way,” he said.

Labour got rid of tuition fees in 2001 under Donald Dewar and replaced them with a graduate endowment fee when students finish university.

The SNP subsequently scrapped the graduate fee in 2008.

Gordon Maloney, president of NUS Scotland, welcomed Labour’ s commitment but warned against any party reneging on its position.

Maloney told CommonSpace: “There is a political climate in Scotland where fees are off the table for Scottish students, and against charging in Scottish higher education. If parties are going to compete over who can be most socially democratic then that is welcome.

“But I would hope that the parties stay true to their commitments. The Liberal Democrats are being punished for reneging on their pledge on tuition fees at the last election. I would hope any other party will get wiped out for a similar betrayal.”

SNP MSP Stewart Maxwell claimed that the Labour announcement was a “panicked attempt to grab headlines”.

He said: “With their appalling track record on fees, it’s clear that students in Scotland won’t be fooled by this shameless stunt. They will judge Mr Murphy by his Blairite actions rather than his warm words and quickly come to the conclusion that they can’t trust a word he says.”