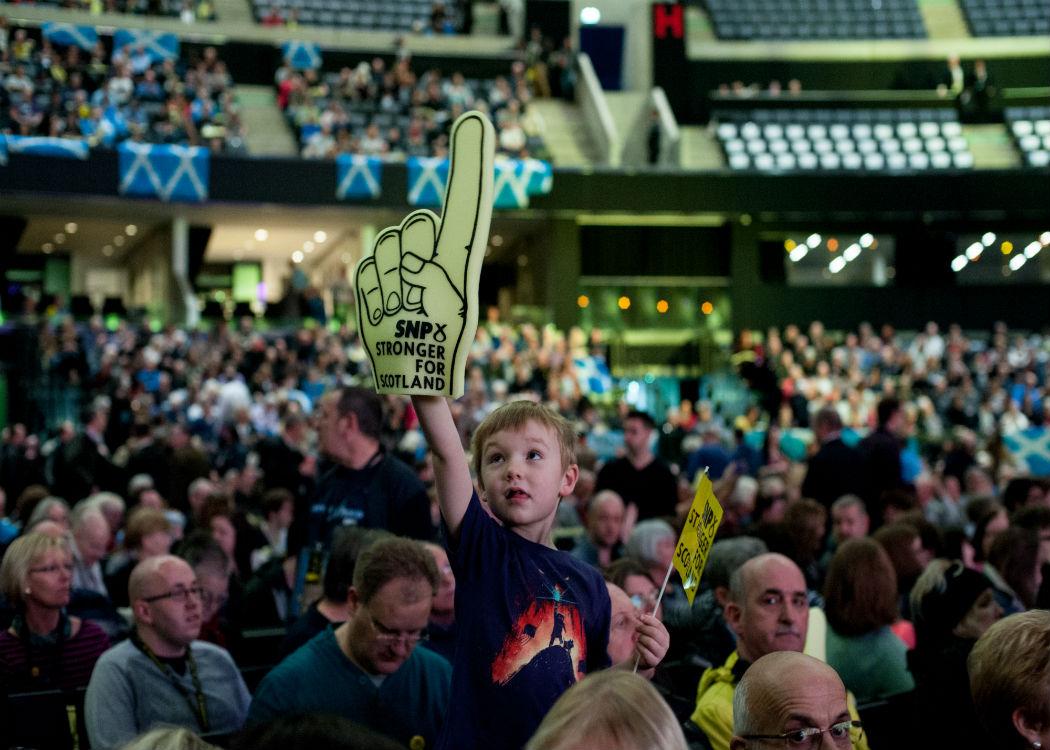 FORMER LABOUR and SNP MP Jim Sillars has said that the second incarnation of Yes Scotland must be politically independent from the SNP, and in particular from any future SNP government.

Speaking to CommonSpace, the veteran campaigner claimed the Yes campaign was “too tied” to the SNP, which became a weakness.

“When Yes Scotland was set up why did it only have an advisory and not an executive board? There are lots of questions to be asked to make sure that next time it’s different,” he said.

“Where there were organisational weaknesses they won’t be there next time. It was far too tied to the SNP government, never mind the SNP as a party, more the government, and I think that was a weakness in the Yes campaign.”

Sillars, a long time SNP member, said that the party should instead operate as an independent component within the broader Yes movement.

“There would still be different campaign outfits like Radical Independence with their own position, that’s fine, but we should also have the SNP participating as a party in the next referendum, rather than have the government leading it,” he said.

“Because that [government-led campaign] means the media can say whatever comes out of the government’s mouth is the official Yes campaign. That’s what happened last time, particularly on the currency and on the European Union.

“We must ensure that won’t happen again by having a more independent central Yes organisation,” he added.

As an example Sillars cited the Scottish Government’s White Paper, which laid out how Scotland would become independent and what policies the SNP would pursue in an independent Scotland, as an example of confusion between the grassroots independence campaign and de facto SNP government leadership.

“They should tell people facts about the economy, how much oil there is and how long it’s going to last, how many people employed in the private sector, how many in the public sector, the small business sector, that sort of thing – that’s fine for the government to produce that,” he said.

“But not a white paper which, by the way, included a manifesto from the SNP as to what they would do if they were independent as a government. And that was a mistake; the white paper was a duality between information and propaganda for the SNP. That really shouldn’t happen next time.”

Responding to the comments an SNP spokesperson said: “There were different visions of independence put forward during the independence campaign and that diversity was a strength of the campaign.

“The Scottish Government was always clear that different policy outcomes were possible post-independence – indeed the preface to the White Paper explicitly made clear that it set out the gains of independence whatever party was in government, as well the vision and priorities for action if the current Scottish Government were to be elected as the first government of an independent Scotland.”

The Yes Scotland campaign was launched in May 2012. Its advisory board included members of political parties such as the Greens’ Patrick Harvie and the SSP’s Colin Fox, and also non-party political members such as Pat Kane and Elaine C Smith. The campaign was repeatedly accused by opponents and former members of being an SNP front or otherwise of being unduly influenced by the SNP during the referendum campaign.

Jim Sillars’ latest book ‘In Place of Failure:Making is Yes next time…Soon’ will be published on 18 September for the anniversary of the independence referendum by Vagabond Voices.


Picture courtesy of the SNP