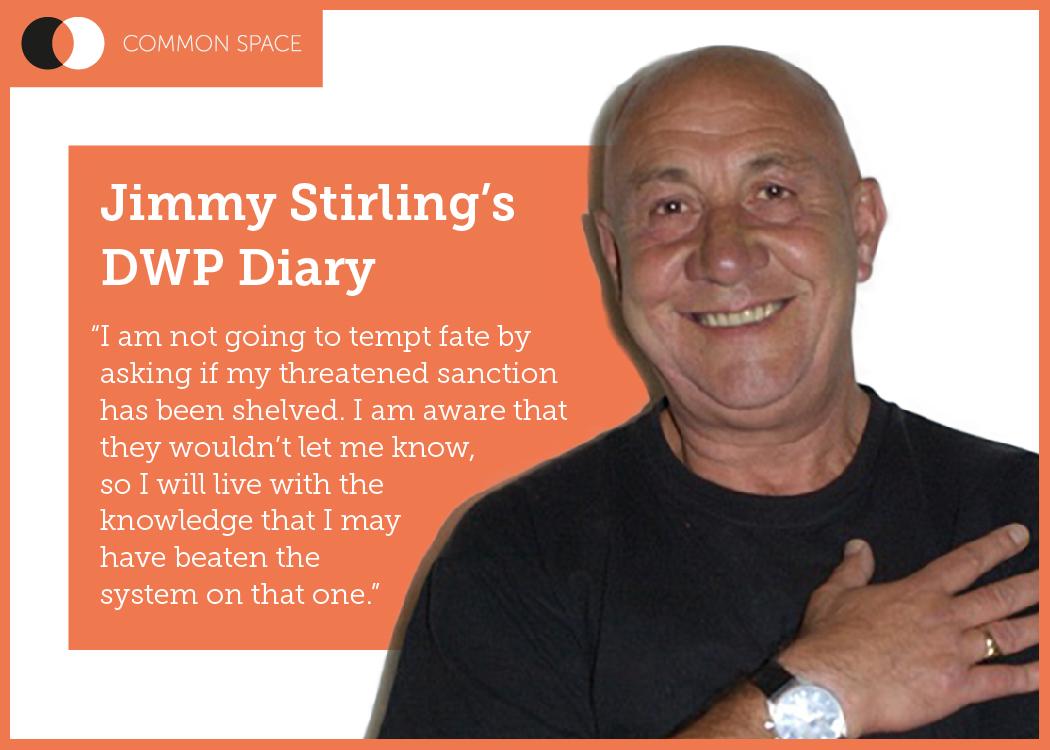 It’s been a very quiet week. One manila envelope arrived containing a letter from the DWP telling me that that I would not be paid from 18 February, my rapid re-sign date, because I had not paid or been credited with enough Class 1 National Insurance Contributions. I was expecting this.

I sign on again on Wednesday and I will see if I will be back on track with Jobseeker’s Allowance payments . I have been applying for jobs as it is part of my agreement with the Jobcentre.

Thanks to Baz Man for your comment below my last diary update . I am not going to tempt fate by asking if my threatened sanction has been shelved. I am aware that they wouldn’t let me know, so I will live with the knowledge that I may have beaten the system on that one.